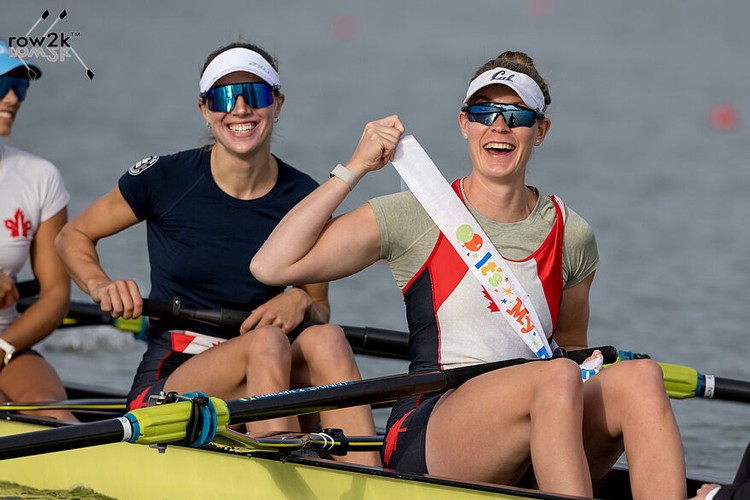 Nearly all the crews for the 29 events ready to be contested at the 2022 Worlds are here in Racice, though some got here just in time: while many crews were taking penultimate practice lap after a week on-site--like the US crews--Ukraine was unloading a full trailer for the 12 crews and 34 athletes they brought...

and row2k ran into these "newcomers" to the M2x event on a Friday flight. 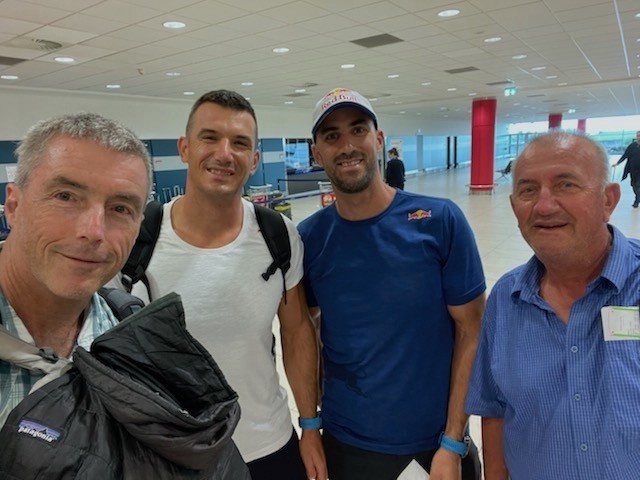 To kick off row2k's coverage, let's bring you a few things we noticed from the entries list and our notes from a day at the course yesterday.

Notes on the Entries

Notes on the Entries

Fall has Fallen: Passing showers and brisk breezes were the order of the day, with Fall in full swing for the end-of-summer Championship (it was the timing of the multi-sport European Championships, btw, that led to the "late" Worlds here in September).

Birthday Girls and Boys: in addition to the stroke of the Canadian women's eight, Sydney Payne, celebrating another trip around the sun, Friday saw four birthdays on the US Team: Alex Karwowski OLY, Men's Eight, Emelie Eldracher, PR3 Mixed Four coxswain, Dr. Peter Wenger, team physician, and Brett Johnson, USRowing's longtime media man--but only Payne got a sweet sash to mark the occasion, as seen above.

China Still Winning Warmups: the Chinese women continue to take dynamic warming up to new levels, performing a choreographed and synchronized set of exercises, complete with a coach calling cadence. 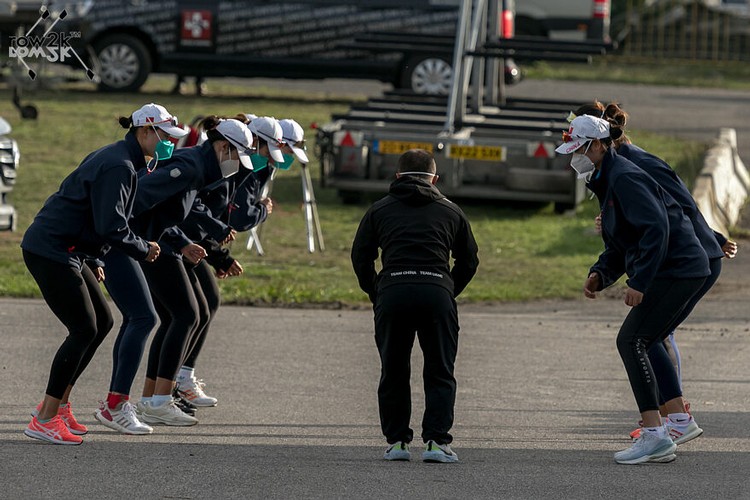 Practice Day for All, Even the Medics: today was the practice run for the emergency response teams here on site, who ran a full-on rescue complete with a single sculler in distress, who was taken out of the boat, back-boarded onto the dock, and wheeled up the steep Racice ramps to a waiting ambulance.

Practice Starts, by Squad: The officials were running Friday's practice starts in groups of four, which was just enough for the entire US Women's Eight and its spares, out in three pairs and a four, to run a red-white-and-blue only flight.

The Names are on the Boats: there is a lot of first-time "stuff" that has to happen when you show up to Worlds to use a fleet of brand-new boats, and that includes putting the names on the US boats that have been named. It was fitting to see that three of the boats are named for legendary coaches who passed since the last World Championship: Carie Graves, Jim Barker, and Ted Nash. 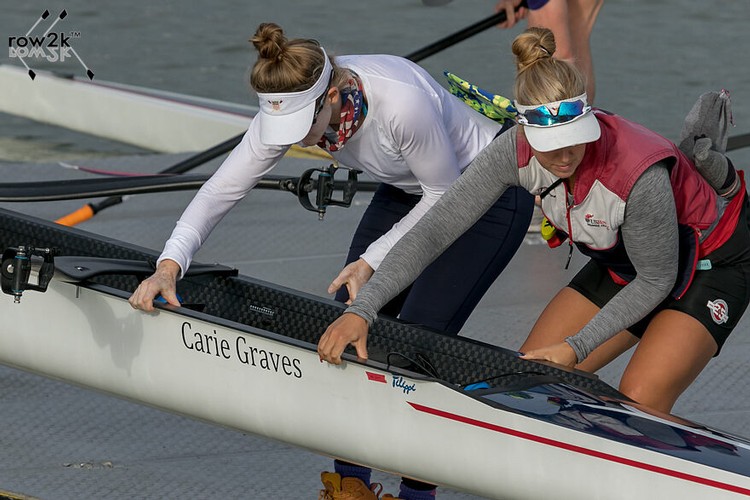 And We Got One: Rainbow over boatyard pic? Check.

The draw takes place Saturday afternoon--you can see the seedings here--with racing starting Sunday. The week will culminate in these three days of Finals as follows, so you can mark your calendar:

Plus, here is when the racing will start for each boat class, with links to the row2k previews for each: 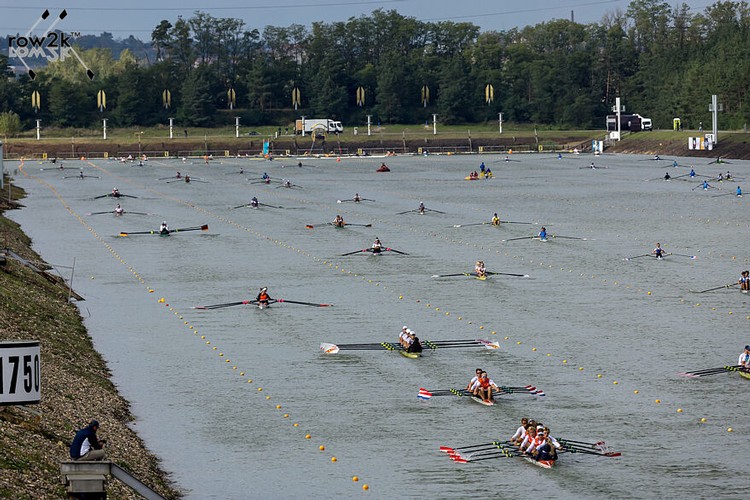