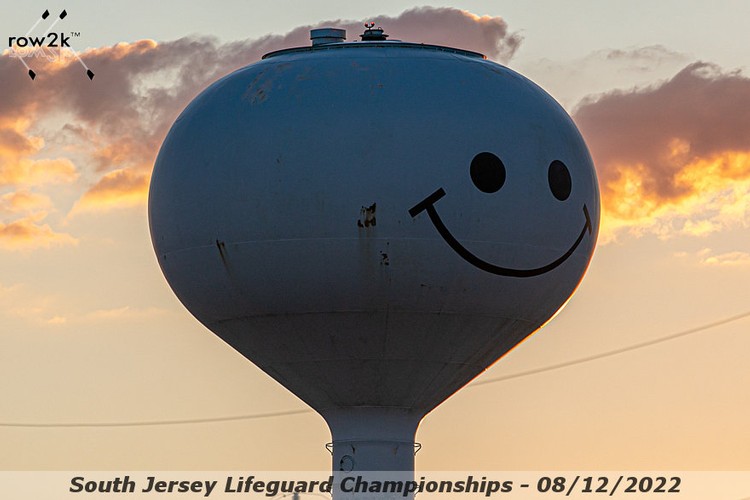 Been a bit since the last row2k Recap took a look at Summer Youth Nationals, recent Fist Bump trends, and the NHL's Bruins barging it in Boston...

But we've still been keeping an eye out for all the cool stuff you need to be caught up on, so here it is: your mid-August round up of what row2k has seen, shot, and reported on of late:

This Wasn't the Craziest Thing from Euros

But This Sure Was...

Massive, full-on boatstopper from the Dutch in the M8 Final:

...and they still took the silver, in what could be the best "crab-to-podium" comeback maybe ever.

And here it is again, because it is just that wild:

row2k caught up with NED bowman Niki van Sprang at the Dutch training camp in Austria for an eyewitness account:

“It was crazy race! Two hundred meters in, it just seemed all gone, which was a bummer because it was our first race together and, on Thursday, we [had] felt quite sure what we were capable of.

“We had a good start, we get off, and then caught that crab—just a boatstopper—and moved all the way over to the lane of Romanians. Then we just picked it back up: we all had a sense of, ‘We are here—we want to show what we are capable of,” and just chased. Relatively quickly, the cox was like we're getting close to the Romanians, and seeing the bows and sort of getting closer, that gave us a lot of momentum and we just kept going on with it.”

“It was incredible. I don’t think I’ve experienced or even seen anything like it in an eight. So that was quite a race: a race to remember and a race to be proud of and I think it will give us a good boost moving forward. We left straight-away to Austria and our training camp, preparing for Worlds with altitude now here. Plenty of work to be done, but let's see what we can do in a couple of weeks from now at Worlds.”

You can see the NED crab and subsequent scramble to get back up to speed here--this is how the Dutch did it:

The A-Final of the Men’s Eight at #ERCHMunich had everyone on the edge of their seats ?? Here’s the breakdown by boat speed in metres/second ??
#europeanrowing #rowing #erchamps #munich2022 @munich2022 pic.twitter.com/hwjDaE5OAL

Waving to the Drone is Now a Thing 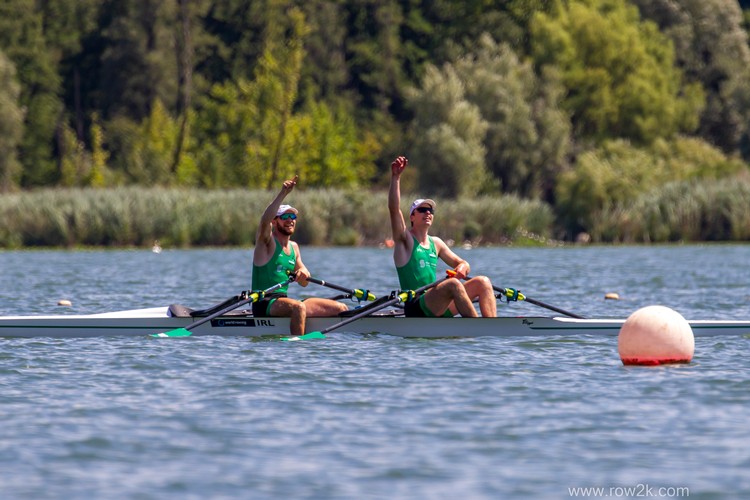 So, is this going to be called "Drone-ing" now? 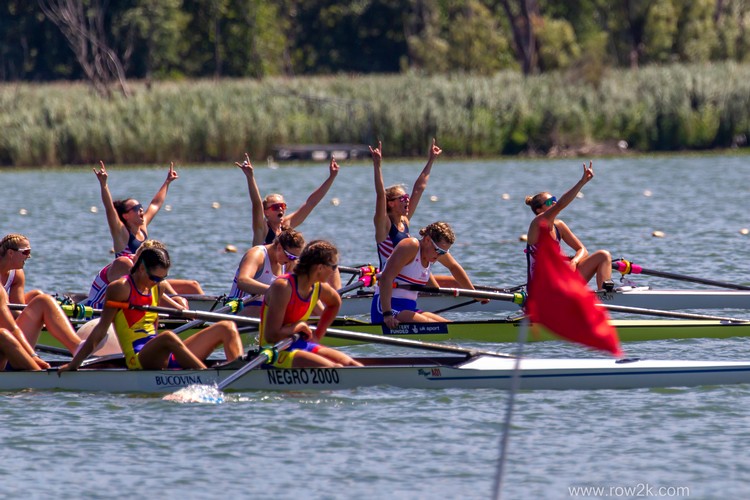 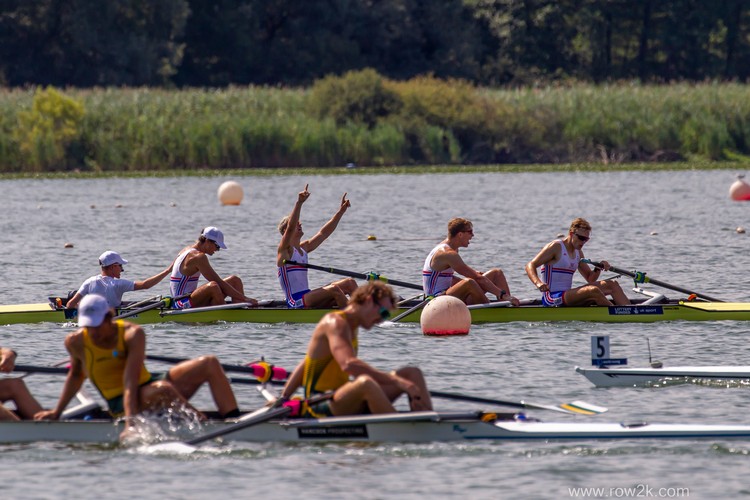 In any event, sure was strange to see crews waving up instead of at the crowd as they celebrated.

The Dredger Is Back

Good news for folks launching at the increasing shallow end of the Schuylkill for sure:

A post shared by Schuylkill Navy of Phila (@boathouse_row)

Give the feed a follow to see if you can find your fave--and maybe to check and see if your personal quirk made the list...

Happy Boys in the Boat Day

Maybe it was the heat or just a case of folks being overcome by the tri-color smoke from the Italian fans, but the Varese celebrations went wild: 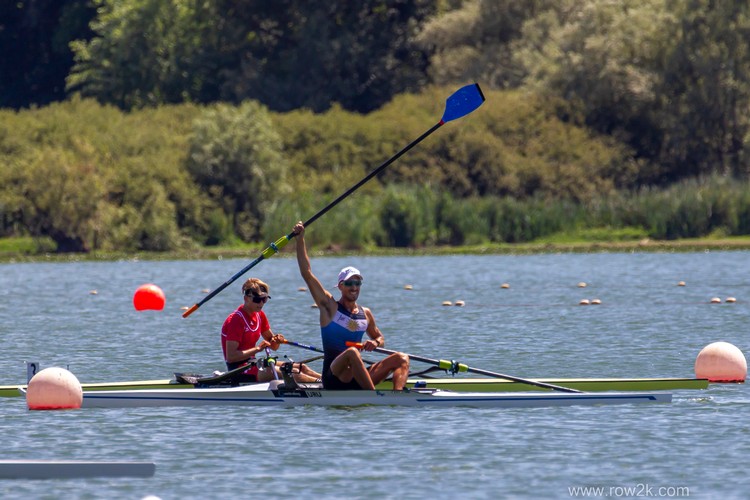 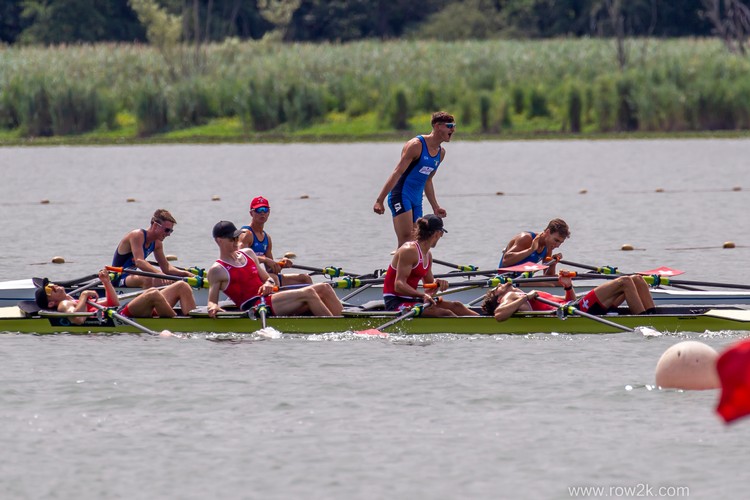 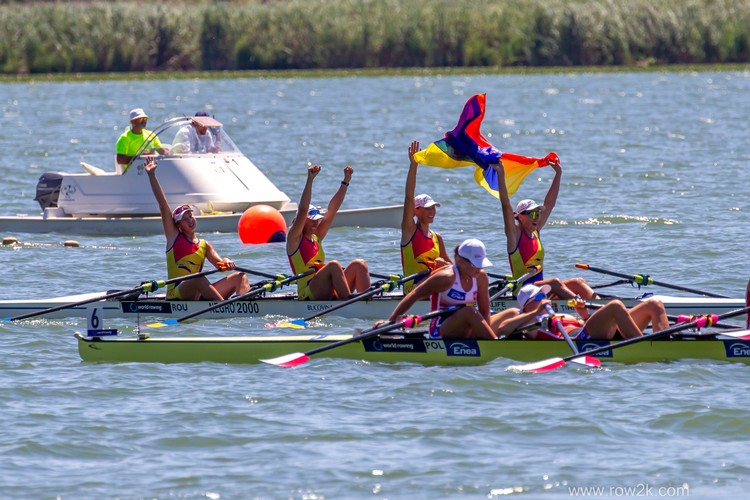 And Even Coaches Got In On It

row2k Down the Shore 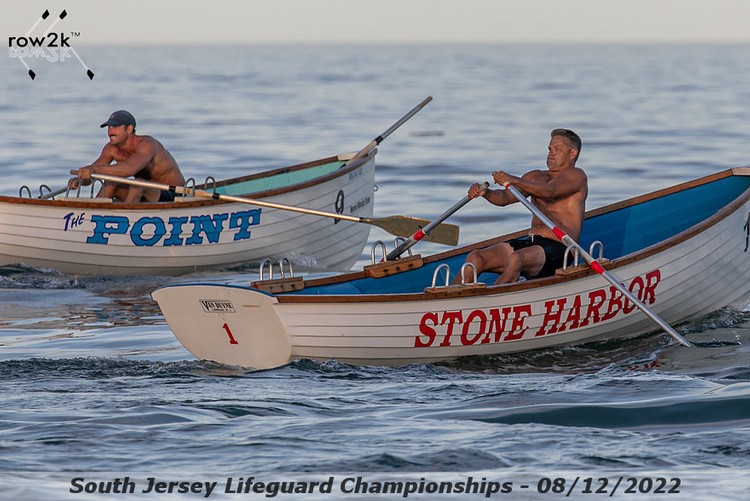 And there were some pretty accomplished "other rowing" coaches on hand for the fun: 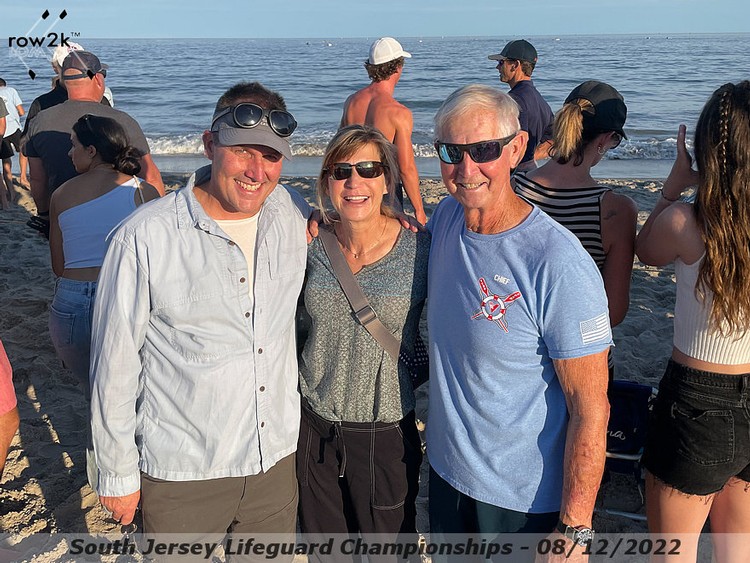 That is a whole lotta flat water wins in one photo, for sure - also seen on site but who was fully in the mix when this photo was taken was Drexel coach Paul Savell and his sons.

The Fall get-started-in-rowing drives are on at campuses all over the country as NCAA programs, ACRA teams (like UC Irvine here), and high schools all over throw the doors of the sport open wide.

And: Master's Medals for Days

The row2k Top Results of the Month

Check out these items you may have missed this past month: