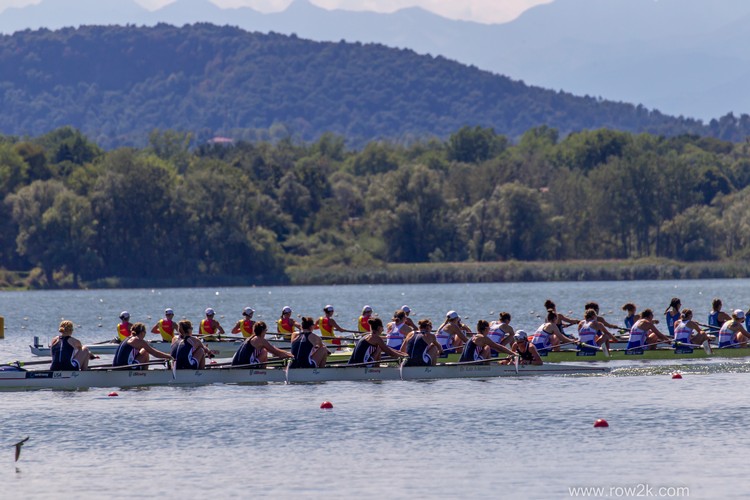 Bonus coverage from the U19/U23 World Championships: hear more from the newly-minted U23 champs we caught up with after racing ended in Varese. 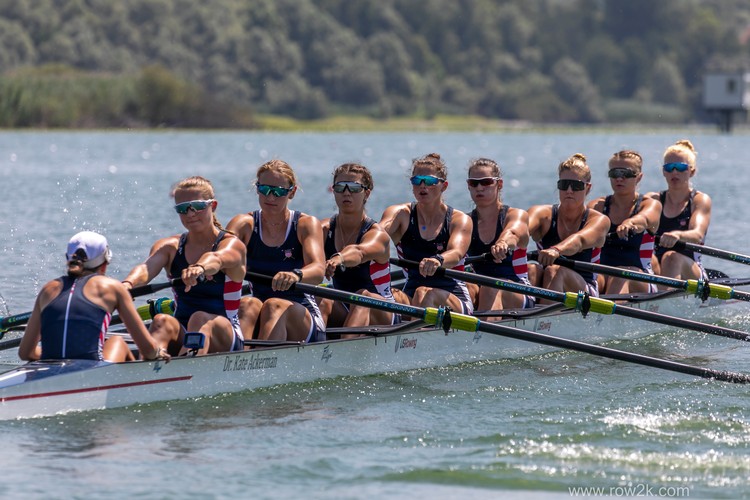 row2k - Your crew had that race won pretty much right off the start: Can you talk a bit about how everything came together for this boat in the final?
Rane - This being our 2nd and last 2K at max together, I thought we executed an awesome race. I'm really proud of this boat. While times were off from our GMS [Gold Medal Standard] due to the changing conditions, we continued to expand our margins with the field over each 500.

row2k - How did you handle the pressure of being the favorite, with the US being the 2021 champ and the time your crew put up in the heat?
Rane - I like to say that pressure is a privilege. It's not everyday you get to sit at the start line of a World Championship next to some of the best crews in the world and wear the 'USA'. With that, we just stayed in the moment and knew we had what it took to cross first, we just had to race our race. 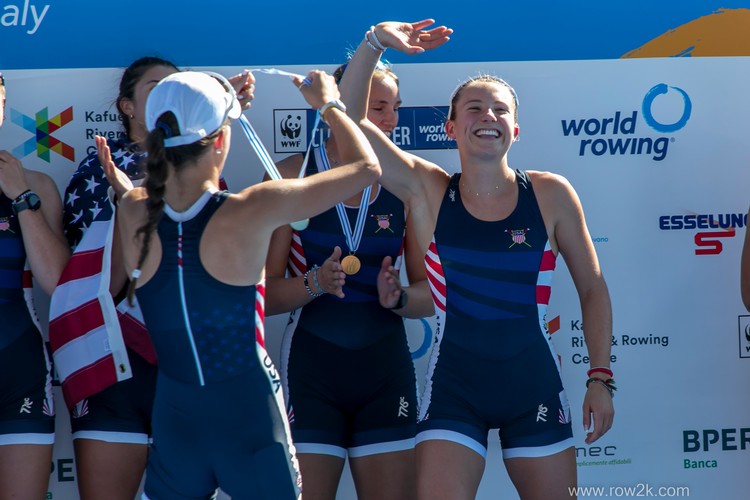 row2k - Can you talk a bit about how this crew came together over the summer?
Battistoni - Things really started to come together in the week leading up to racing. The cohesion and trust built after our heat gave us a lot of confidence going into the final. We knew we just had to execute our own race and trust the work we put in.

row2k - How did you approach the race, in the stroke seat?
Battistoni - Our goal was to get off the line and into our rhythm as quickly as possible. Once we had control going into the second half, it was just seeing how much more we could push it. 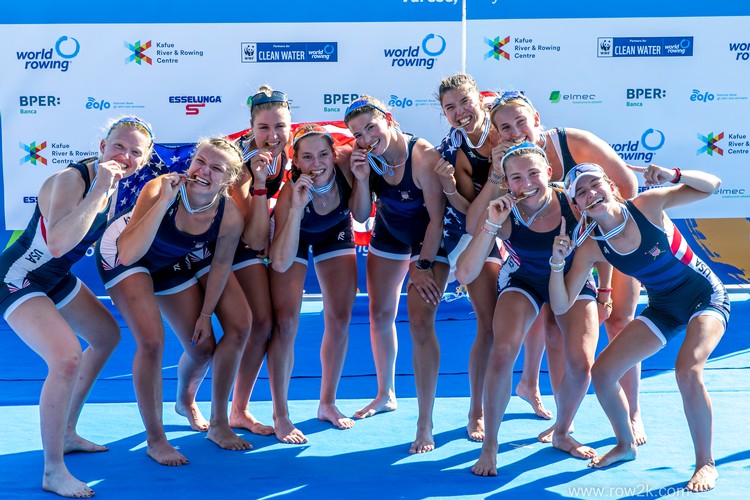 Read row2k's race report here on the U23 Women's Eight's win on Saturday. 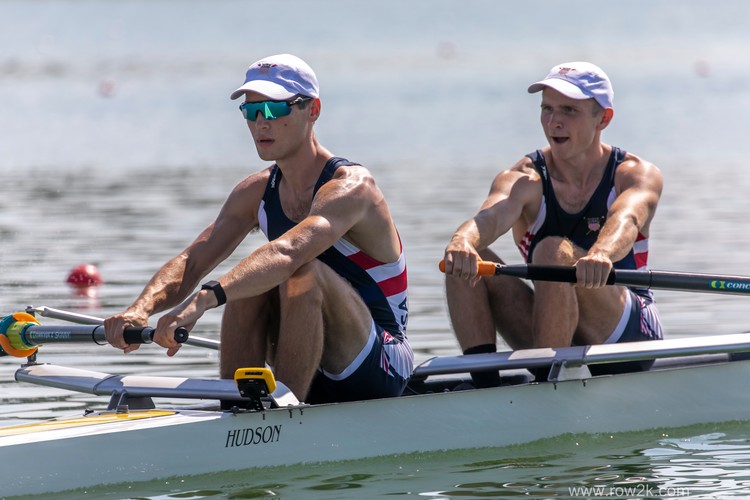 row2k - How did you approach the final, knowing you had to face the Italians on home waters, and how did you get through them to win?
Sass - When it came to the final it definitely was just sticking to what we knew. We laid out a solid plan by knowing we wouldn't be the fastest off the line, and instead opted to focus on a long steady base rate and walk through the opposition. It was really just perfect execution of what we wanted to do.

row2k - You and Collin Hay rowed as a pair last year, and came back to take another shot at the podium? Can you tell us a bit about returning to U23s and getting the win this time?
Sass - I know Collin and I both were looking forward to this chance. Last year's result really stung because we knew we were faster than 4th. We were just inexperienced and executed poorly. I used that result a lot this past year just as motivation. 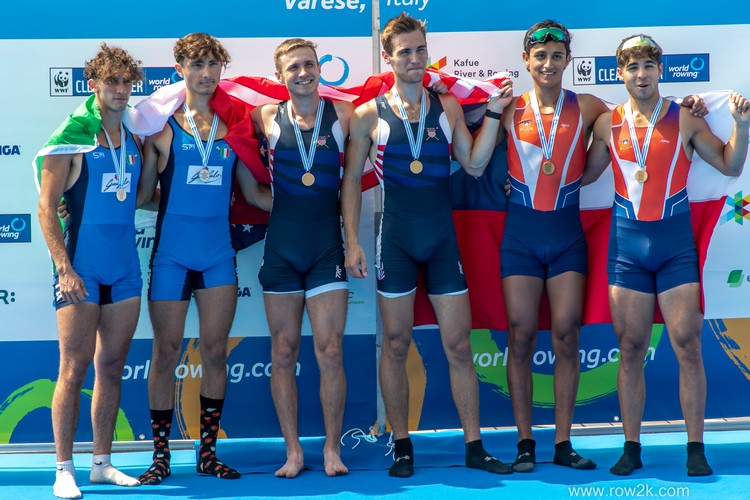 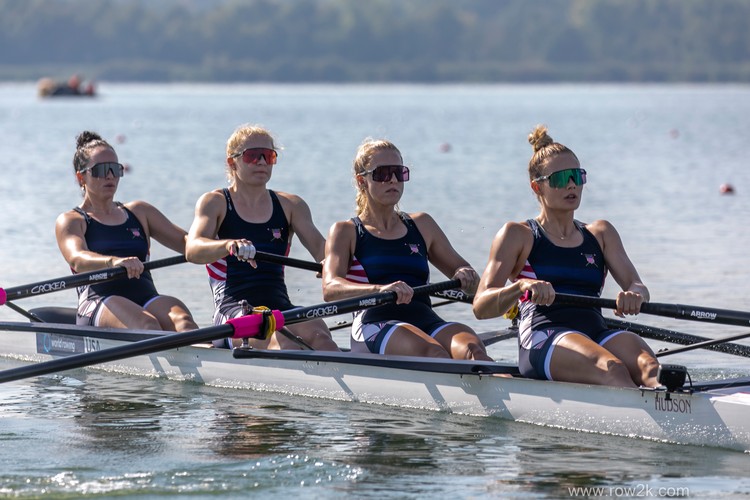 row2k - At what point did you and your boatmates know that you had the race in hand?
Knifton - It's hard to ever really feel like you have the race won until you cross the finish line, but around halfway when I could see us gaining ground on the other crews is when I was feeling very confident that we were going to stay in front the rest of the race.

row2k - How did you handle the pressure of being the favorite, after the time you put up in your heat?
Knifton - Having the fastest time from the heats going into finals definitely made us excited to race and see what we could accomplish together on our next one. It helped us stay focused knowing that although we had some good speed, there were some other fast crews that would be pushing us the whole way down. Overall though we stayed as focused as possible on ourselves and trusted our race plan and training plan!

row2k - GB had a bit of a winning streak going in this event: how did you think about them heading into the final?
Knifton - GB has a history of doing very well in this event and won the event last year, which was very exciting for us because we knew we could expect some great racing from them. No matter where we ended up we were going to be pushed by them and become a better crew because of it 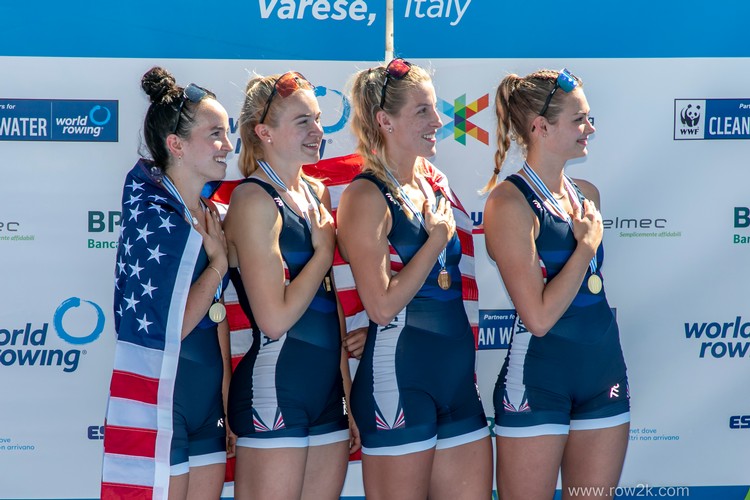 Read row2k's race report here on the U23 Women's Four's win on Saturday. 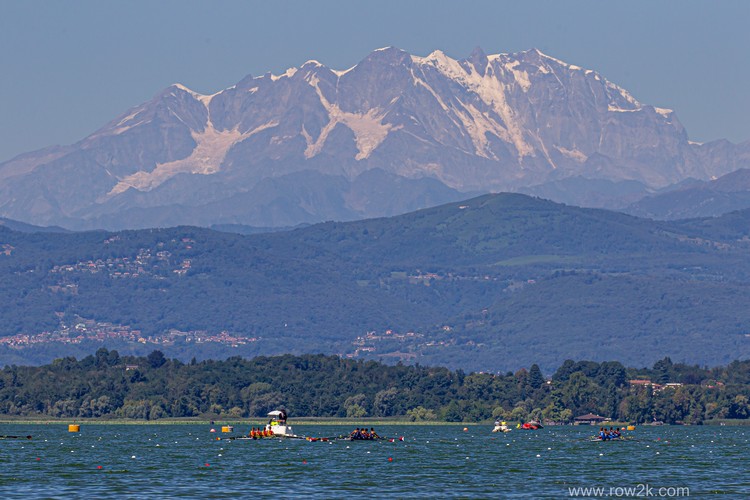 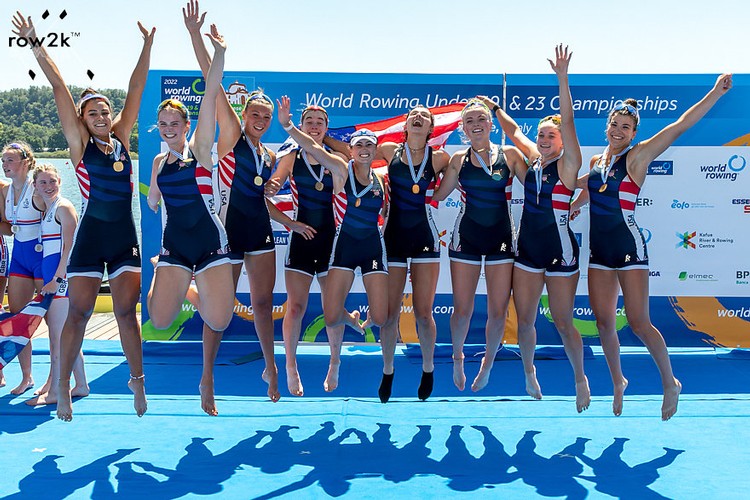 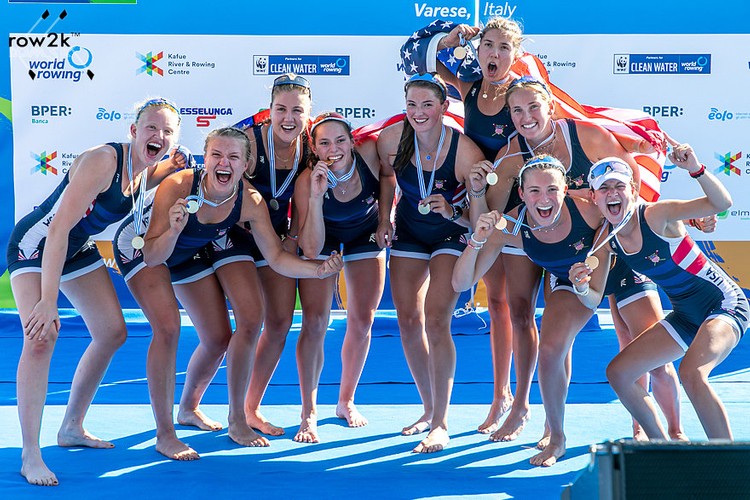 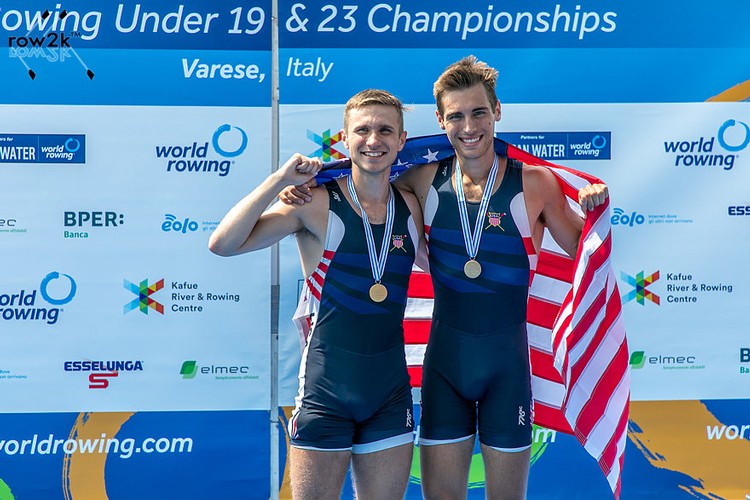