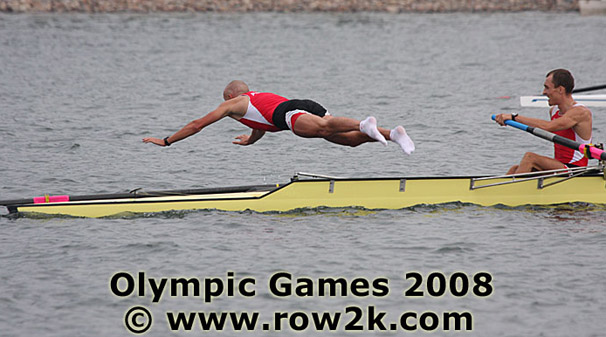 Big boats and lightweights - 2008 Olympic Rowing Concludes
There will be far fewer deeply haunted athletes roaming North American boathouses the next four years, as there have the last eight; the favored Canadians have won the men's eight, the favored Americans the women's eight.   more 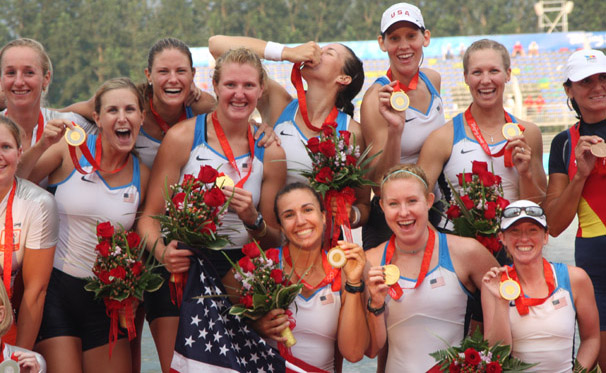 Flags, the future is now, Fred, FISA, geezer and GoogleAfter running the media gantlet after her race yesterday, Michelle Guerette asked if I could get her a US flag for the medals ceremony.     » more

Silver SingleThe first A Final of the days was the women's single scull. Everyone with the skill and toughness to make the finals in this event can be considered a favorite, if not to win then to get a medal.     » more

Sunday FinalsUnlike Athens, where you could buy your way into any venue with a 20 year-old lapel pin from the Garden State Games, the security guards here have been true to their missions (polite code for 'dogmatic to the max').     » more

Life of an Olympian after competitionPhew, so I know I had a blog entry a few days back that talked about how "boring" life of a competing Olympian could be.... well I take that back.     » more 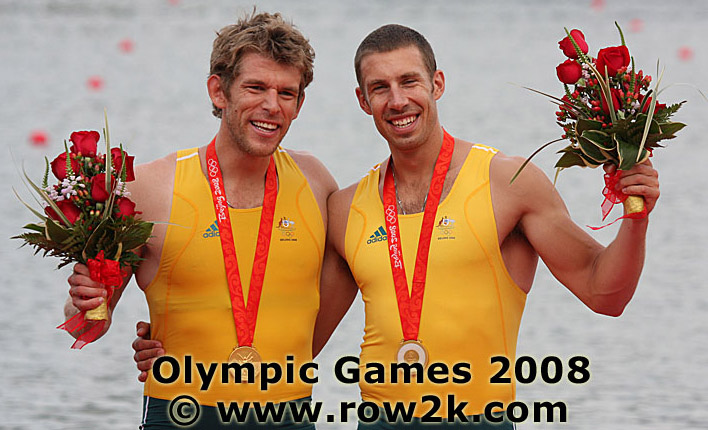 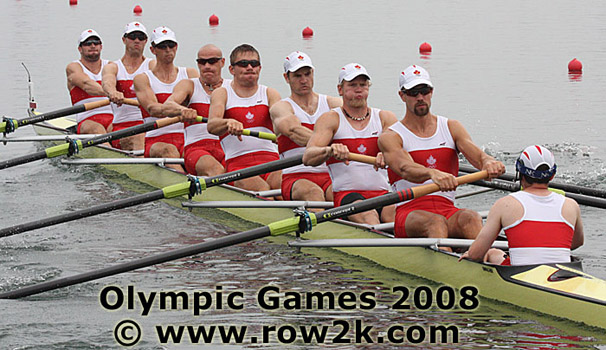 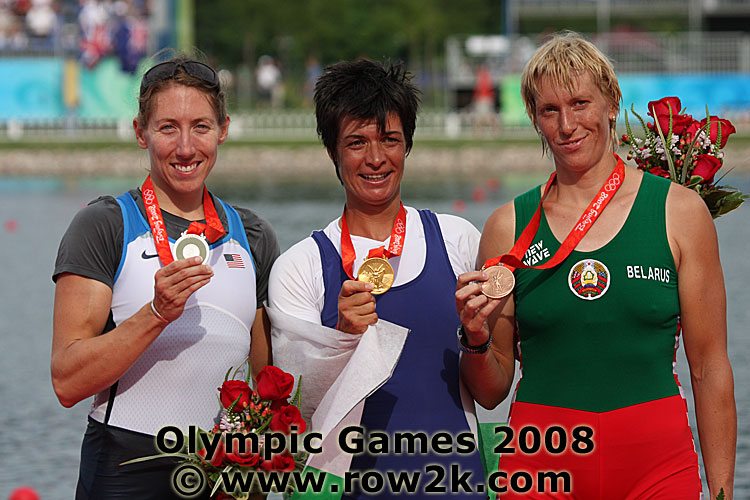 Saturday Finals - A near dead heat for goldFor the finals today, row2k will be posting full streaming audio files of interviews, along with transcripts, so again for today here's a quick report, leaving the talking to the athletes who did the racing and won the medals.     » more
Pages:
1
2
3
4
5
6
7
8
9
10
11
12
13
14
» next page
back to top
Our Past Coverage