The University of Central Oklahoma made it a sweep of the Eight and Four at the 2019 NCAA DII Rowing Championship, and repeated as DII team champions, but to to hear the athletes and coaches tell it, the second time around was a lot harder than the first.

"It was definitely I think a lot harder to repeat. Last year we were so driven, because we had never won it before," said senior Erica Mitchell, who won in UCO's eight. "Coming into this year, we knew we could do it again, but it was the pressure of everyone expecting it. We were definitely feeling the pressure of everyone coming after us, all of the other teams did great." 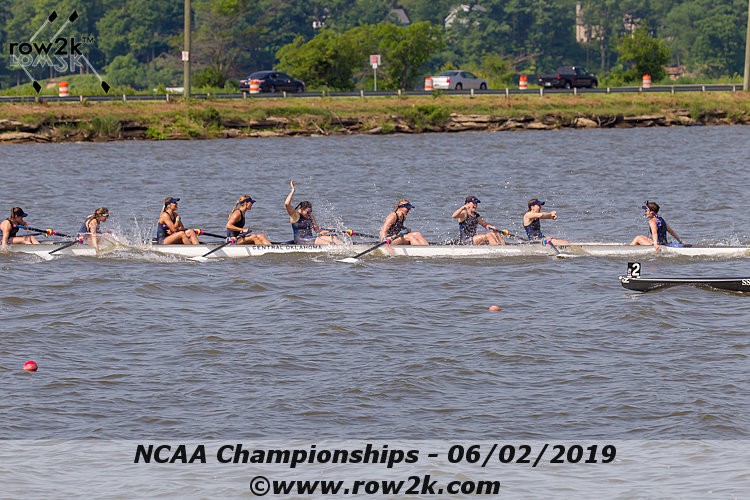 The UCO eight crosses the line in the final

"It's been our goal this school year, training. Our goal was to sweep this race, so it was really awesome," added junior Shelby Wackerly of the UCO four. "We had never won the four before. Going into the heats, knowing that Western Washington was going to be our biggest competition, beating them by six seconds gave us a lot of confidence coming out of the heat. We just wanted to show everyone what we could do."

Going forward, UCO will look to build on this accomplishment. "It's nice to be able to hold ourselves to a different standard every year," said Mitchell. "We get faster, and then we hold ourselves to an even higher standard, which is nice to build upon. We always say, we are the standard."

The team fulfilled the goals it set for itself, completing the regatta by winning both their heats and finals by open water. 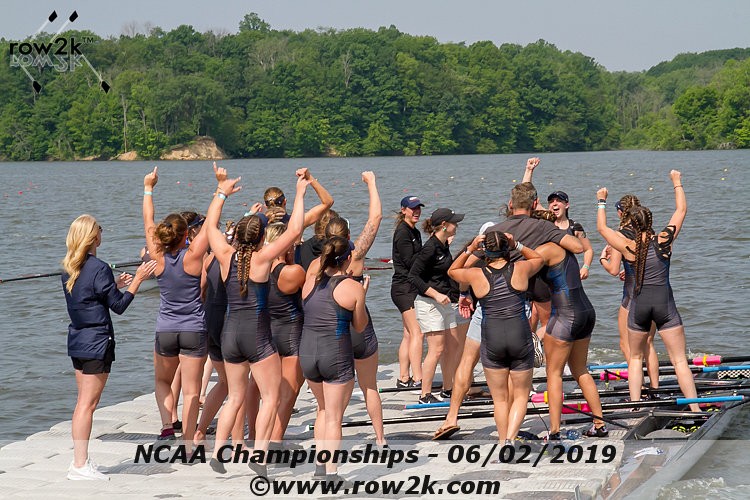 The UCO team celebrates on the dock

Coach Montia Rice, who led the team to their first-ever title last year, talked about overcoming the potential emotional letdown that teams can face after they achieve a big goal for the first time. "That was probably the hardest part," said Rice after the racing. "We set our sights to achieve this goal, because we didn't win the four, and that was the focus the entire time, to try and win both of the events. There were moments this year where we definitely felt the lag after winning last year, but I'm so proud, because they have overcame this. They train hard, they do well in school, they love working hard, they're an amazingly driven group." 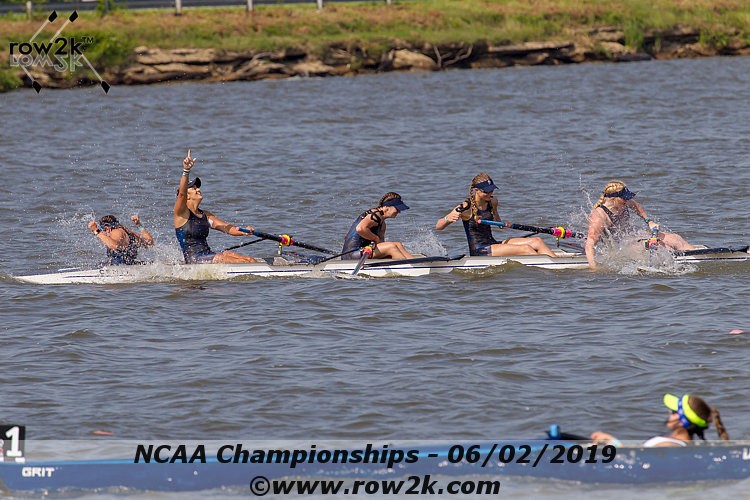 UCO wins the four for the first time in program history

Runners-up FIT completed an outstanding season, which included winning both the Eight and Four at the Dad Vail regatta, and giving Central Oklahoma a battle at NCAAs. FIT was the closest to Central Oklahoma in the eight, and finished a strong third behind UCO and Western Washington in the four, enough for second place in the points standings.

"Ultimately we'd love to have a shot at winning it, and we came closer this year," said FIT coach Adam Thorstad. "It was the highest finish in our program's history, so we're pretty happy about it."

For Thorstad, even though the Dad Vails offered deeper competition for his team than the NCAAs did, Thorstad was unequivocal that the NCAAs meant a lot more to his team. 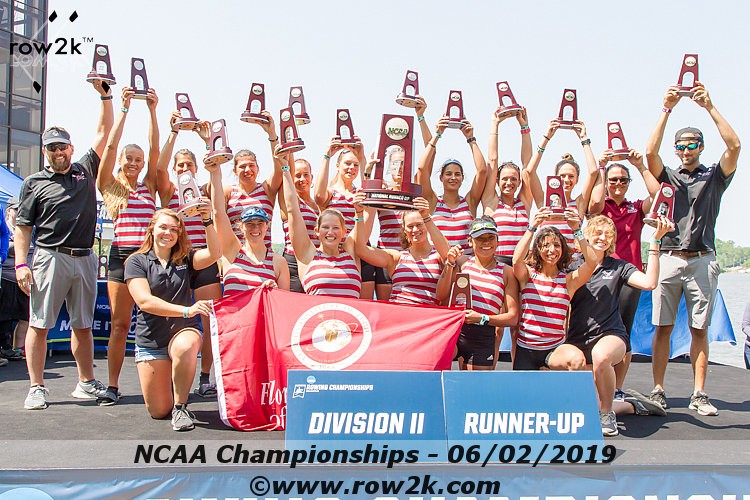 FIT were the DII Runners-up

"Dad Vail is a great racing experience, but I like the fact that we can race a straight 2K here. I love having my kids in Philadelphia, getting that team experience at the Dad Vails, but I hate the weight that that course has on our season. You can make or break your season and your NCAA bid there."

Thorstad reflected on the geographical challenges of racing in NCAA DII, a field that included teams from Washington, Oklahoma, Florida, Pennsylvania and California in the six-team championship field.

"It's really tough. We spend a lot of time racing in Florida," Thorstad saud. "We scrimmaged UCO in March, but that was the most we've gotten until the Vails. At the Dad Vails, we saw UC San Diego and Humboldt, and it was nice to battle against Jefferson and Mercyhurst, so we got some cross regional racing there."

Despite the challenges, Thorstad's team was eager to reload. "We've got a good group returning, and hopefully they're hungry to come back next year for a little more and see if we can make a push through and finish one notch higher." 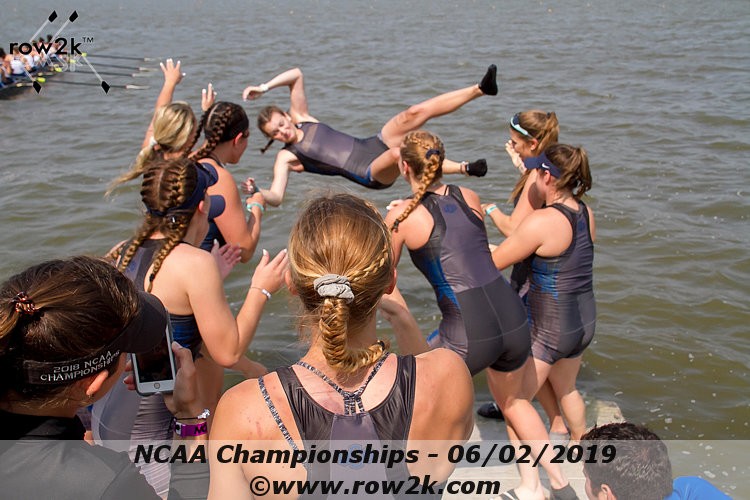 To the victor go the celebrations
Related Photo Galleries