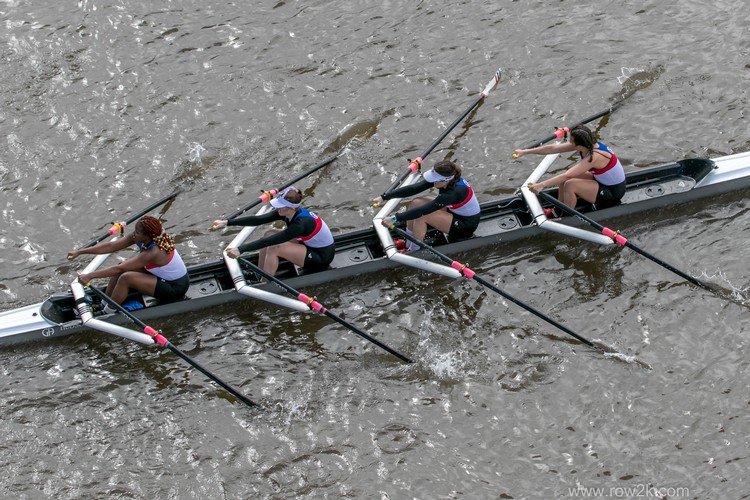 To learn more about this series, see the topics we plan to cover, and to read Part 1 on this topic, please visit the Youth Coaches Corner's index page. Youth coaches are more than welcome to contact row2k to get involved in future columns.

This week, the answers we received to the question we asked about technical trends in youth rowing:

What technical trends have you noticed recently?


The biggest trend I've noticed is changing the pacing of the recovery. Teams either emphasize quick hands away and then take their time up the rest of the slide, or build in a micro pause at the finish and then zip up the recovery. I think both approaches have merits, and there are always multiple ways to make a boat go fast, as long as you can get everyone doing the same thing.

I think the most important thing as a coach is to go with a stroke that you really know well, understand, and can explain: both the mechanics of it, but also the why behind it. If you're considering teaching a new technical approach, I'd recommend getting back in a boat yourself first and trying it out! 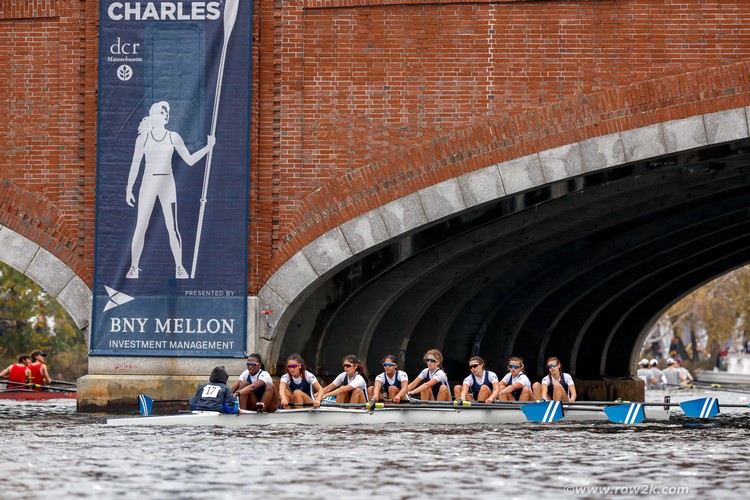 
I think the most obvious technique trend would be the micro pause at the finish, although it's not particularly recent. It's a trend that gained popularity after Drew Ginn's YouTube video from 2012 and is still commonly seen, from high school to college to international crews.

The micro pause has gained popularity because it appears easy. The stroke can be reset from the finish, though that pause at the finish needs be made up elsewhere. The timing and accuracy of the pick up then has to be perfect, which is why we often see it being done so inefficiently. International crews and better collegiate programs and coaches are more able to master the concept.


Over the past few years, I have been seeing more and more crews implement the "gather" or "pause" at the release at lower cadences (up to 24spm). I personally like the idea of having higher level crews gather after the release as it makes the movement from there into the catch the crew's main focus and one fluid action.

There is a great audio clip from Drew Ginn's "Will it make the boat go faster" that goes more into depth on this. I also think the gather at low cadence helps practice good recovery speed in respect to the hull speed and not overwork the athletes.


The pause, hesitation, or whatever we want to call it, at the release is the one we all see so much of. I'm not sure where it started, maybe Drew Ginn made it popular, but here we are. It seems to have gained traction because it looks and feels pretty powerful when it's done correctly.

My issue with it is how you deal with entry after hesitating at the release: pretty hard to get 8 athletes to properly come forward without putting a ton of pressure on the footboards before the blades are buried. We tried it for a little and decided against it. We moved back to more of a rebound of the handle at the release, keeping it moving to body over and then carefully dealing with the weight on the footboards. 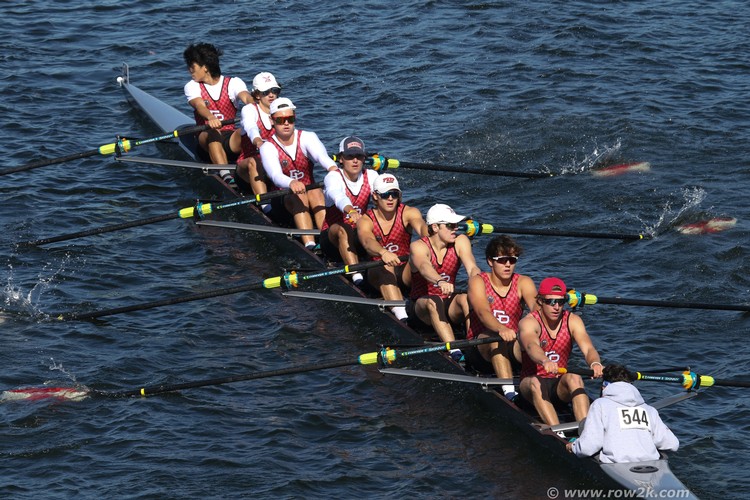 
I don't pay a lot of attention to trends but I think most teams are moving toward less is more.

I have never been a coach that calls for a lot of layback or even uses the term "swing." I tend to keep the movements pretty simple, natural, and comfortable, and that should be helpful in getting the rowers to do the right thing.


The "gather/pause/hold" is being taught all over the place now. Unfortunately, there is a lot of "monkey see, monkey do" in our sport: Team X rows like this...rows with these blades...rows these boats..., so if we do the same, we will be fast also.

There is not enough thought given to the type of athletes that team has, the training program they are using, the parts of the stroke that are emphasized with their technique, etc. How the stroke is broken down for an Olympic/pre-Olympic rower should not be the same as it is for a Junior rower. They have vastly different levels of understanding of the stroke and body awareness. What is a drill for one becomes a bad habit for the other.

Mike Purcer broke down some video of the Australian "Oarsome Foursome" a few years ago. They were rowing the "pause" at the body and a stroke rate of 20/22. However, he noted that their recovery speed was the same as if they were rowing a 34-36. In my mind, they were not developing some new technique. They were practicing their catches without having to row at race pace. At race pace, you have 10-20 strokes (depending on skill level) during which you can work on the catches. Rowing low, with the pause and race pace recovery, allowed them to work on the catch without having to work past their fatigue.


It's hard not to want to emulate the impressive video of the New Zealand Men's Eight doing steady state on Sempachersee Lake:

With a gather/pause at the finish, that send is stunning! But this is challenging for young crews who are still learning the basics. More experienced crews who have strong fundamentals can benefit from it. It can teach acceleration and send on the drive. On the recovery, it can teach patience and rhythm.


I think there is an increasingly widespread use of the gather or micropause in youth rowing, though it isn't at all a new "trend." The gather does a great job of creating a cornerstone moment in the stroke, bringing drive times closer to race drive timing, and providing less-experienced crews with a moment to coalesce, plan, and evaluate.

While it isn't necessarily a technique trend, the general progression towards higher average rates during 2k races has led to a lot of coaches examining their technical approach and how they are preparing their crews for the realities of on-water competition. 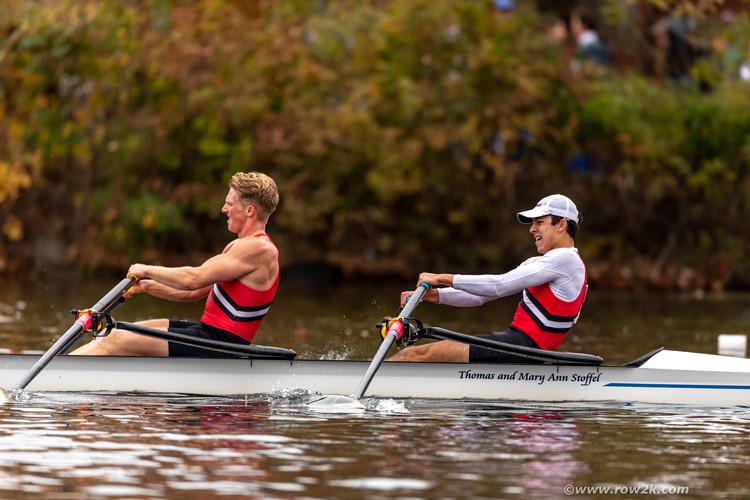 
In recent years, there has been a growing emphasis in junior sculling on the front end of the stroke cycle and higher stroke rates. Coaches are rigging to maximize catch angles to the point where some athletes are unable to separate their handles at the finish. Boatmakers such as Hudson and Wintech are producing boats that do better at higher rates and Concept2's new Comp oars were designed to be particularly effective in the first half of the drive.


Too many trends: it is funny (or not funny) how rowers find stuff on Youtube and want to try it.


With more rowing taking place at the middle school level, I think more coaches are playing the "long-game" and adopting SOME form of sculling into the quiver of an athlete. The inclusion of the U15 and U16 4x+ at the national (and regional) level has helped younger athletes, and coxswains, find a stable boat to work in . . . to serve as a springboard, if you will, at the beginnings of a rowers career.

On the sweep side of things, the 4- has really sprung up in the past couple of years, come springtime. There is more of a dynamic feel in this shell (vs a 4+) which produces more dynamic athletes. Plus, many small to mid-sized teams can really uncork some speed in this boat, where the depth of an 8+ just isn't in the cards.

Finally, at the most varsity-of-levels, I often take a peek at the rowing biomechanics resources at www.biorow.com. I think there are a lot of gems in this database that pertain to the latest trends in rowing technique. The tricky part is to convey the information to the athlete, especially in the most timely moment. High schoolers can absorb so much information, but you've got to insert the correct words at the correct time. Then, it's not a static, but a dynamic change. 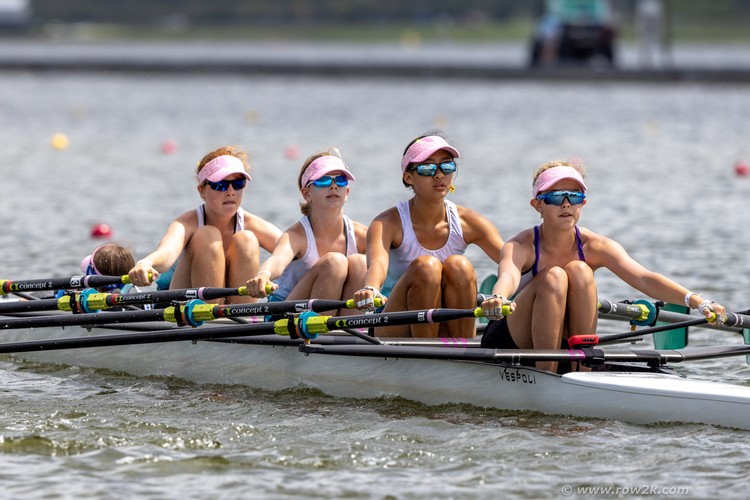 Life of A Youth Rowing Coach Part 1: The Coach's Role & Tips for Making it Work