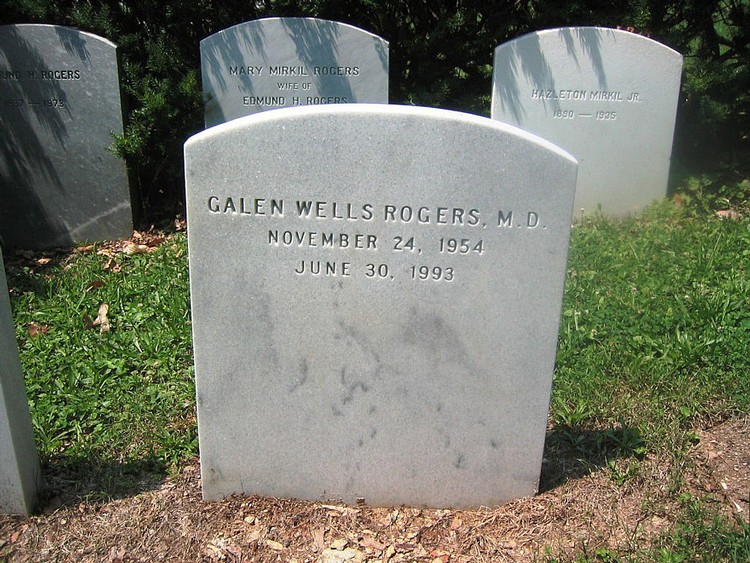 Back to the story of my 1973 Penn Lightweight Freshmen. Years after she was a history-making coxswain, Galen Rogers became a physician, but her life ended far too early. Dr. Rogers had been there for so many others, but when she needed it she could not find help for herself. In preparation for the 3rd Edition of this book, I asked around if anyone had a photo of her. Sadly, the photo above is the photo we came up with.

When I told Jerry Dean from my 1972 Freshman Team that Galen was in Heaven and had been for a long time, he replied: "Oh no, that's so sad. I didn't know. Many years ago, one of my sons had a bike accident and was in Paoli Hospital. During his stay somebody paged Dr. Galen Rogers. I tried to track her down, but it didn't work right away, and then I got distracted and didn't follow up."

The lesson? Don't wait. Make the effort. Stay in touch. None of us is around forever. The relationships we make in life, even those we make outside of rowing, are the foundation of who we are . . . at least if you are anything like me.

I miss Galen a lot. When I announced my intention to move to the West Coast shortly after the 1973 Sprints were over and we were all saying goodbye, Galen reminded me that she was from Los Angeles. A couple of weeks after I got there I visited her, spent the afternoon with her following my running the Santa Monica Marathon, met her parents - nice people - and now I find it so terribly ironic.

You see, Galen's home was in what was to become my own BelAir neighborhood in West Los Angeles 34 years later in 2007, but by then I couldn't remember exactly which house had been hers. For ten years I tried to track down her parents so that I could pay my respects, but to no avail. And when I finally got a lead, Galen's dad had passed, her mom was in failing health, and nd there were no responses to my emails. I shouldn't have waited. I should have tried harder.

Jerry Dean's reply continues: "Hope all is well with you, Pete. You were a very positive influence in my life, and I loved your crazy ways. Rowing was good for me, and you got me into it. I appreciate all you did for me, which helped me later in life."

Crazy ways? I don't remember crazy ways. However, my memory tends to be selective.

Fortunately, Jerry's memory is also selective. A couple of years after I receive that email, I get a phone call from Jerry telling me that he is donating a coxless-four to the Penn Lightweights and asking permission to name it after me.

Me? And I don't even have to die for the honor? Mais, bien sûr!

A day is set in the spring of 2017, and all three of my freshman lightweight crews are invited to attend. The boat is gorgeous, they spelled my name right, and the christening becomes one of the high points of my life. I cry on cue, and my wife Susan is pleased as punch.

Susan and Peter at the christening (left); Jerry and Peter (right)

And guys I hadn't seen in over 40 years show up, thanking me for changing their lives.

Interesting story about the 1971 guys. I have always been in contact with Feld and Denton, but Finger, Tomlinson and Moretti hadn't been in the first boat at the end of our freshman year together, and we had lost touch. Forty-six years later without missing a beat, they are still part of the team, still family!

And John Cantrill, my co-coach that year, is there to share with me the accolades for their freshman experience. 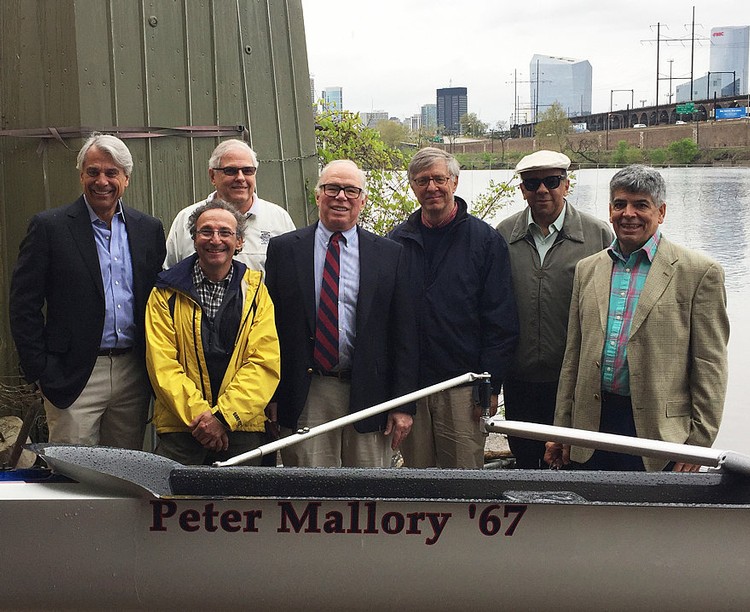 I am especially pleased to see Eric Tomlinson. After all my involvement in the civil rights movement during the 1960s, I had scoured high and low in the dorms that fall of 1970, looking for at least ONE person of color to recruit into our almost exclusively white sport. Eric was the result. After the christening, Eric tells me that I had provided him with his very first experience being an integral part of a community of individuals where skin color was neither mentioned nor even noticed. He tells me it had a profound impact on the rest of his life. Who says I have not been richly rewarded for all my efforts those many years ago?

As for the Freshman Lightweight Crew of 1972, along with Jerry Dean, the man who brought us all together through his generosity, Ed Ryan, Dennis Dixon and John Phelps' widow, Sandy, show up. We don't take a photo, fools that we are, but we remember the tragic early passing of Tom Cronin and how much we continue to miss John. 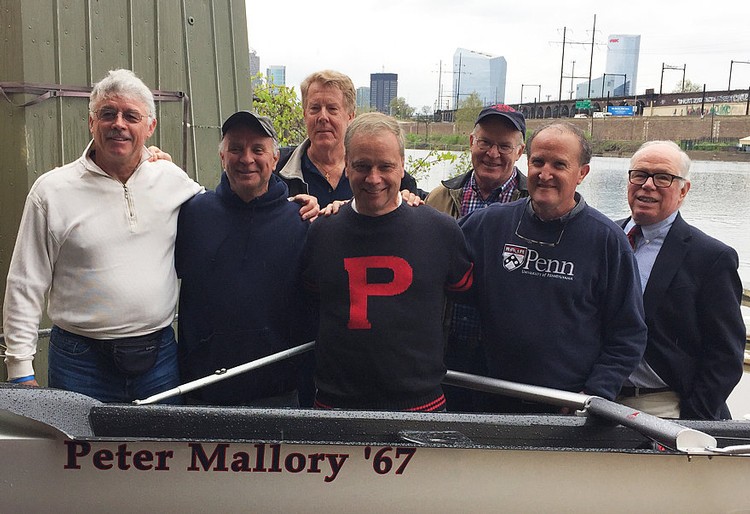 The 1973 Freshman Lightweight Crew is well represented with six members of the 1976 Henley Crew, all anxious to hear if Pete Holding now has an English accent. The answer is yes.

But enough of future warm reminiscences by forever teammates and friends. In this memoir, I must return to the bitter reality of 1973, when I am unsure if my three years as a coach at Penn had accomplished anything at all! In retrospect, as we made our way by bus back to Philadelphia from the Eastern Sprints, how I wish I could have seen what the future would hold. Might have cheered me up a bit.