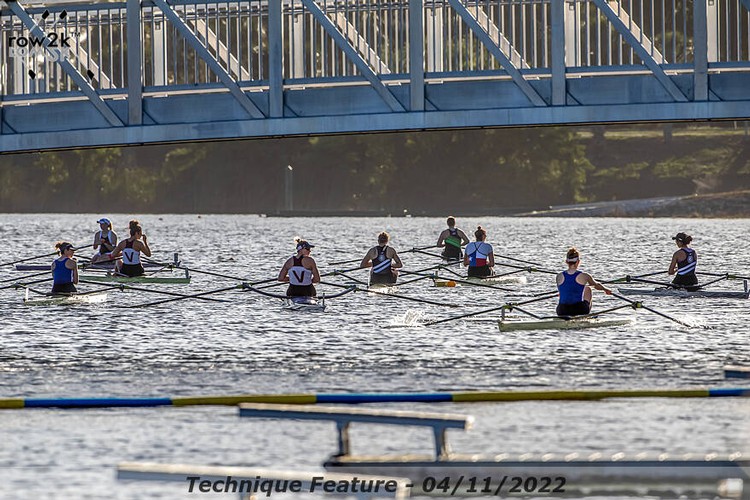 If you go back to the 80’s, you’ll find rowing styles differed, not only between countries but even within the US. Now I find there are many more similarities than differences, at least among the elite rowers.

I’ve always shown photos to back up what we coach and I was especially pleased to see the photos of the winners of the National Selection Regatta in Sarasota, FL a few weeks ago. All four winners – Heavy Men’s and Women’s 1x as well as the Lightweight Men’s and Women’s 1x – had amazingly similar styles. 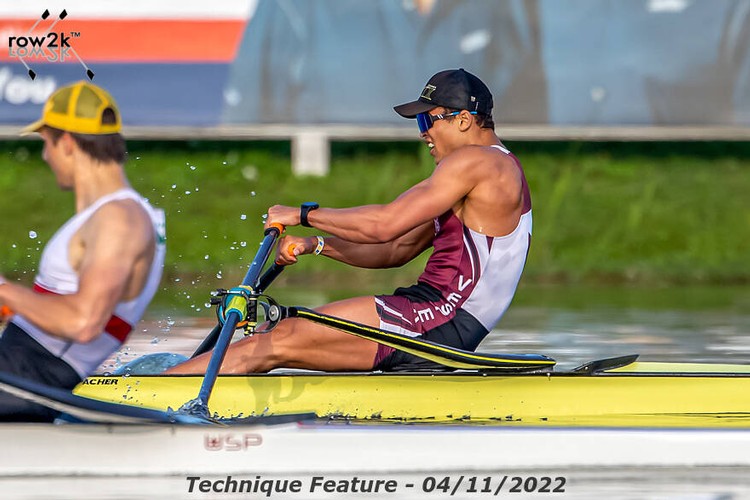 Jasper Liu, Zach’s 2x partner, was a close second. You can see why they row the double together but mote how similar all the styles are. Legs are down before the arms begin, backs are rounded, plenty of layback, hooking the oar handle with the fingers and not the entire hand and, except for Ben Davison, nesting the hands – left hand slightly above and to the stern of the right hand, not directly on top. Also notice that the elbows are not locked and the hands are low, basically at the height of the low ribs. 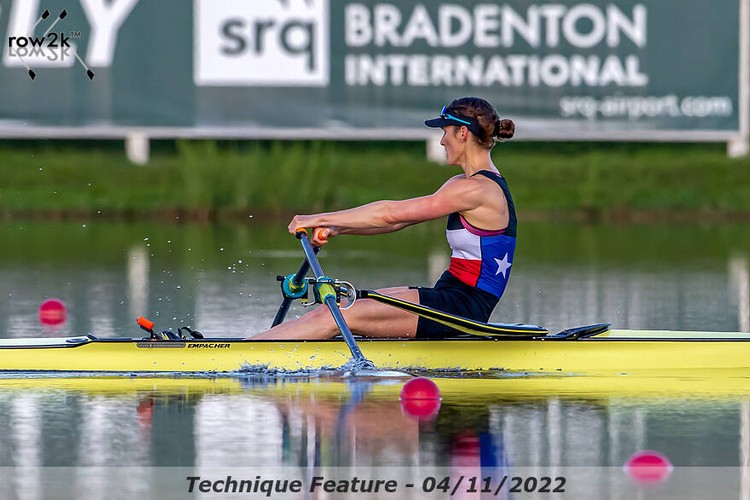 Here we have Kara Kohler just before the catch in what I would describe as the textbook catch position – shins vertical with nose and chin across the shins, rounded back, good grip. Molly Reckford has just begun the drive but you can see how moments before, it would have been very similar to Kara’s position. Again, the back is rounded, elbows loose allowing her to connect to the lat muscles rather than the traps, and the same grip - out on the fingers. 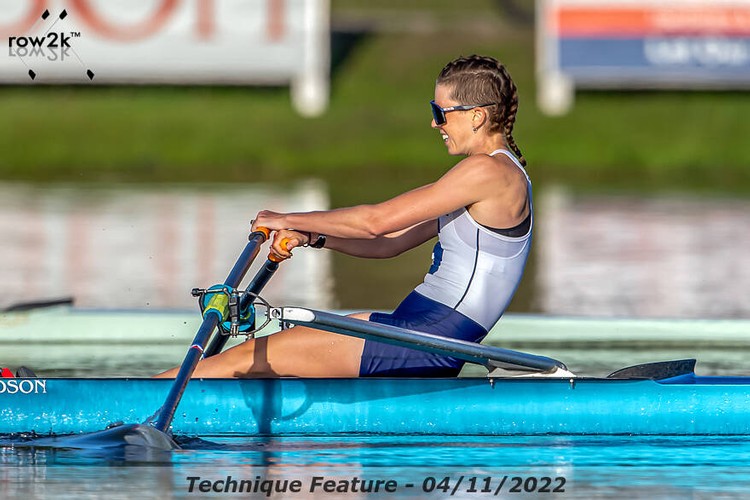 This photo is of Sophia Vitas, 2nd place in the Hvy W1x. While many coach arms away and then body, you can see that she is moving out of bow with both body and arms while the knees are already starting to come up. While racing at 36 spm, there simply isn’t time to go arms, then body, then slide. 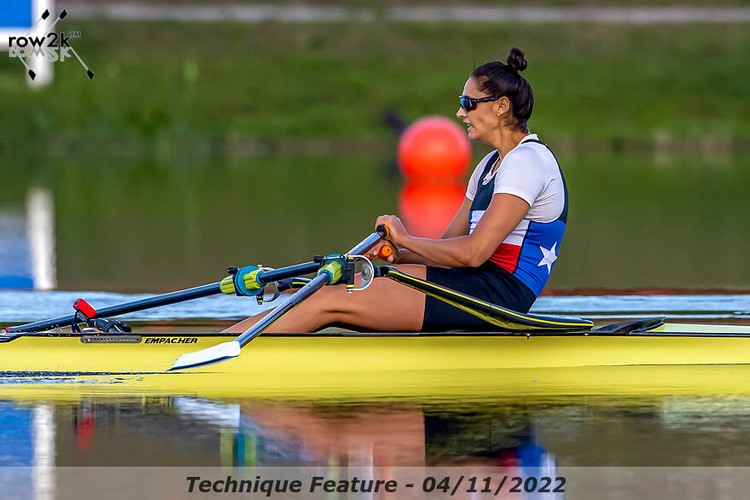 There are a lot of details as to how to row this way, (as we’ve written about in many previous articles) but these photos are great examples of what we’re coaching - and we’re coaching this because it’s what the fastest rowers are doing.