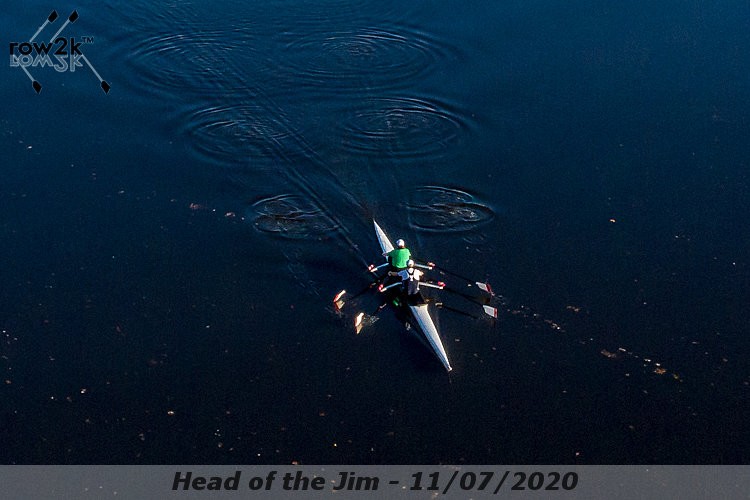 As the weather gets colder in most parts of the northern hemisphere, it is probably time to nail down some rules regarding when it is safe to row.

Two pretty sound ground rules have evolved over time, and have been adopted formally by many clubs, boathouses, and lone wolf scullers: to wit, the 'Four Oar Rule' and the '90 Degree Rule' (which some folks boost to the '100 Degree Rule,' while others just pick a sensible water temp - no matter which guideline you use, make sure you have one!)

The math here is as simple as the principle: instead of rowing singles or pairs, the Four-Oar Rule requires that any outing has at least four oars on the water. That makes doubles and fours the smallest options for a safe row when the air and water temps dip at the end of the year.

It is the temperature of the water itself that drives this safety protocol: flipping in the summer or early fall into warm water is doable, but as the water gets colder, any dunking can become a seriously dangerous in a hurry.

The Four-Oar Rule, in its purest form, addresses that by simply prioritizing bigger boats - although we have heard of clubs where two singles, rowing closely enough to keep an eye on each other Buddy System-style, can count as your 'four oars.'

There are added benefits to the Four-Oar Rule, especially for single scullers. First, it keeps you rowing; if it turns out to be a long winter, come spring you will be appreciative of the extra days off the erg now.

Also, you can get some coaching from your partner - not every single sculler will see this a huge benefit, and it does depend on who is available to row with, for sure - but after spending a lot of time alone in a single, the chance to team up in a bigger boat can give you some new insights, even if it is just feedback from how well you match with your buddy.

Finally, the bigger boat can actually have some positive technical impacts: getting to spend part of your training time in a more stable boat can help you feel and address things you might be working around in the single—and coaches will tell you that getting into a faster boat by doubling (or 'quad-rupling') the number of oars can help you work on front-end quickness, catch sharpness, and other skills that are trickier to feel, or even just less consequential, in a heavier boat like the single.

The Four-Oar Rule is not just for scullers, of course: even sweep programs that do a lot with their pairs know that rowing the 2- is best saved for warm water months. Moving into fours and even eights takes offers all of the advantages already mentioned, potentially on a safer, more stable platform that is, ideally, moving way faster—and that helps turn those pair lessons into big-boat-moving habits.

How do you know when it is time to start looking for a partner, or three, to have a safer outing? Definitely when the water temperatures at your place dip below 50 degrees; which brings us to the 90 Degree Rule.

The '90 Degree Rule' relies on even simpler math - the air and water temps should add up to at least 90 degrees.

So on a 40 degree day, you need 50 degree water - and note that some rowers prefer to err on the safer side by using 100 as the ideal sum. If you don't have a club setting that range for you, a quick google search can give you a sense of what the clubs in your area—or with a similar climate— are using, assuming that they are not just setting a firm calendar date when their scullers are required to move into bigger boats.

However you or your club sets the threshold, there are some good rowing days to be had in cooler weather, and the Four-Oar and 90-Degree Rules provide a way to take those strokes more safely.

So, while the onset of winter can be the perfect excuse to start grinding on the erg or getting into some cross-training, these two rules can really come in handy for those hardy few determined to keep the oars wet as late into the colder weather as possible. 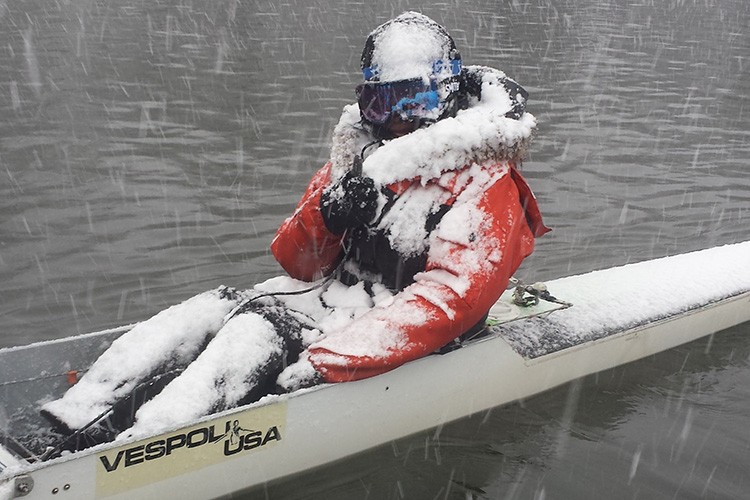 At least the boat has four oars... (photo by Trevor Bender)