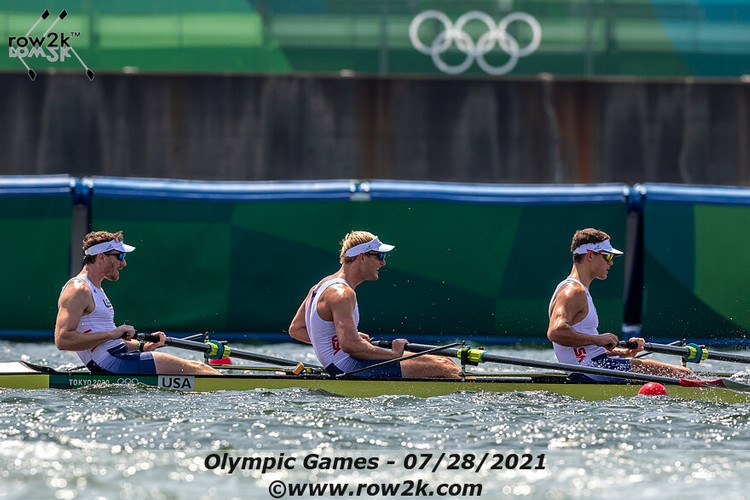 Coming out of bow

As the fall season winds down, perhaps you have a little time to spend on the water without the necessity of training for the next race. Even if you've already moved on to the erg, step back from racing and refocus on establishing a good rhythm, as we talked about last month.

In our observation of elite rowers, the stroke is one continuous motion - no starting, stopping, pausing, speeding up or slowing down. We describe it as a pendulum with virtually the same speed on the drive as on the recovery. Many people talk about a 2 to 1 ratio - slow slide/quick drive, but again, if you watch the elite rowers racing, you'll see they're much closer to a 1 to 1 ratio. Why practice one thing if you're going to race something else? When the drive gets faster, the recovery gets faster.

We see many rowers adding a pause at the finish. Everything new is old, this has been coached in the past, often called a gathering point. It could be that this pause is an attempt to stop the quick hands out of bow that has become so prevalent. We don't see either happening among the Olympic rowers. Instead, we see them moving their bodies out of bow almost before the hands have started to feather the oar. As the blade feathers, the body pushes the hands away. The feather becomes the beginning of the recovery, not the end of the drive.

We often use a swing set analogy. Imagine being at the top of the arc on your swing. To keep increasing the momentum and to swing higher, you pull on the chains and rock the body forward. If you want to slow your speed, you keep your arms straight and hold the body back. Every action has an equal and opposite reaction so a pause at the finish reduces acceleration. 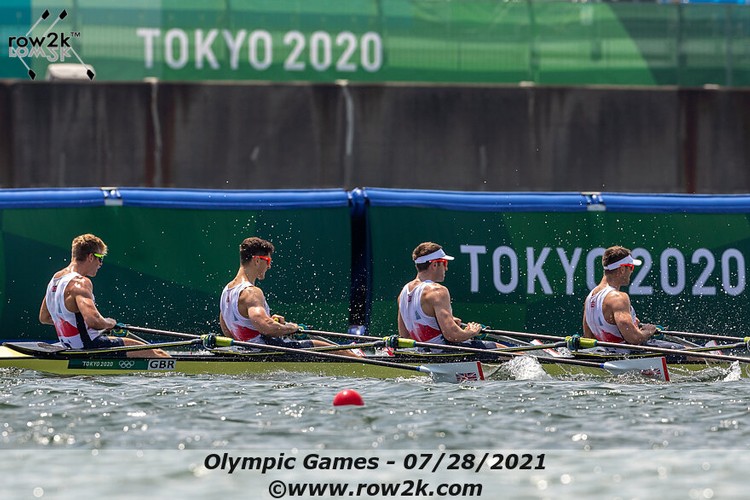 If the body immediately rolls out of bow, that motion towards the stern is going to accelerate the bow in the opposite direction, towards the finish line.

Conversely, at the other end of the stroke, when weight starts to come on the footstretcher before the blade is in the water, the boat will move to the stern. This is called check. Check can't be eliminated but it can be minimized by staying light on the foot stretcher as long as possible on the recovery and focusing on catching before driving. A smooth, flowing rhythm will include minimizing check and maximizing run, creating the most efficient motion to move a shell.

With Olympic athletes rowing at 35 to 40 strokes a minute, under 2 seconds per stroke, the finish is a blur. You'll be able to see the swing and the body and hands moving quickly out of bow, but to be able to see the body starting to move to the stern with the hands, you really need to have access to slow motion and frame by frame.

We have one YouTube video of the Australian Men's 2x winning gold at the 2008 Olympics which shows this (although, I have to admit, we weren't trying to emphasize this point when the video was made). You can also watch video of just about any Olympic race and you'll see this immediate movement out of bow, not just with the hands but with the body as well.

Remember that while the arms and hands control the oars, it's how the body moves that will create the rhythm to move the boat most efficiently.

A couple videos to watch for examples: