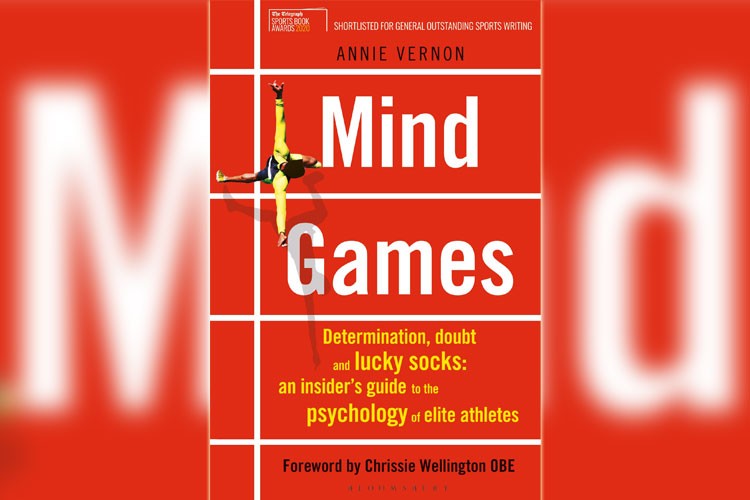 Anyone who has rowed competitively (or competed in any sport, for that matter), knows that your performance, whether on the erg, in a single, or in a team boat, is never really entirely physical. The mental side of sports, which has received increasing attention over the past few years, has always fascinated onlookers and participants alike, and a new book, appropriately entitled "Mind Games," by former GB international and Olympic rower Annie Vernon, takes a closer look at the psychology of elite athletes.

The book, which was shortlisted in the London Telegraph's "Sports Book Awards 2020," is refreshingly open and non-prescriptive--this is not a self-help book. Vernon looks at athletes (and coaches) across a variety of different sports (including rowing of course, but also athletics, shooting, NFL football, soccer, and more) and shares insights and stories from these athletes, which run the gamut from funny, to interesting to deeply insightful.

For Vernon, the necessity for top athletes to have it fully together mentally is beyond question. "At [the top] level, everyone has the physical tools," she writes. "It's the mental tools that separate the good from the great." That said, the book is not just geared for elite competitors; casual athletes will also learn and benefit from the insights presented here.

After the introduction, fittingly titled "Science, Magic or Voodoo?," Vernon takes her readers through the developmental stages of elite athletes; in the first three chapters, she addresses the concepts of athletic drive, how athletes flip the switch from "involvement" to "commitment," as well as innate competitiveness (and many athletic readers will likely recognize themselves in the "are you competitive?" checklist Vernon uses to open this chapter). 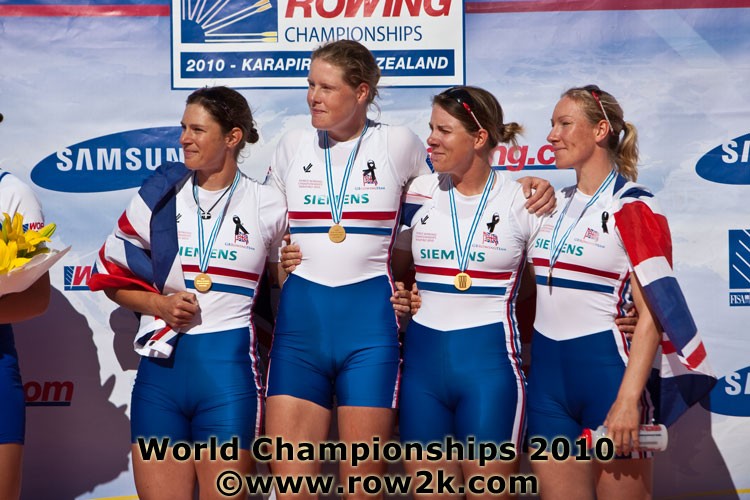 Vernon's treatment of competitiveness is thorough, and it differs from some others by pointing out, again through the words of elite athletes across the spectrum, that competitiveness must be honed and focused, and that too much of this essential skill can be problematic for athletes.

Vernon lets three-time GB Olympic rower Jess Eddie explain. "I am massively competitive and it's not even helpful, because you're meant to train at a particular intensity, and I probably finally learned how to do that in the last year of my career. I used to race around the lake, [trying] not let people pass me in my single. And I don't know where I would have got gratification for that, because it doesn't matter, and no one's watching, nobody's giving you praise. The other person's probably thinking: You're a dickhead, and I'm hyperventilating, so there's no winner! So I don't know why competitiveness is a useful evolutionary thing to be."

Eddie continues to say that she did eventually pick and choose the times when she would "let the beast dominate," and explains that the habit, though idiosyncratic, probably helped to give her confidence in her training. Vernon replies, characteristically for this book: "That's right, Jess. And you're also right-we did all used to think you were a dickhead."

In rowing, we all know (or have been) the type, whew.

The next three chapters delve into motivation, personality and confidence, and this is the richest section of the book. For Vernon, the key to making the psychological leap to becoming an elite athlete is self-awareness; a finely-tuned awareness of how you train, compete, recover, and deal with setbacks is an essential skill.

Some of the most straightforward insights come from four-time Olympic gold medallist Matthew Pinsent. Perhaps surprisingly, coming from someone who never lost a race across four Olympic Games, Pinsent demonstrates just how much pressure comes from attempting to constantly achieve on a high level in sports.

In a conversation with a teammate, Pinsent summed his athletic approach up as: "Sport is: turn up, get kicked in the face, go home, figure out why, fix it, turn up, get kicked in the face again." Pinsent is probably leaving out quite a bit about the joys that come with success in sport, but as the athletes and coaches interviewed for the book make clear over and over again, for elite athletes, the experience of the lows outweighs the highs and achievements. 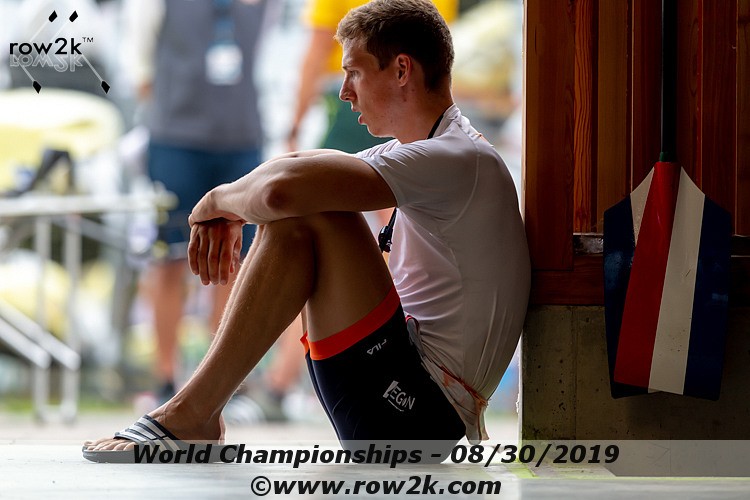 Another surprising insight the book shares is that happiness in elite sport is very different from happiness in real life. As sport psychologist Ken Way, who radically changed his views on the subject while he was working with the British top-division soccer team Leicester City during their improbable league title run in 2016, explains, "there's so much research that comes out in the field of work and business that points to - and I'm going to use that fluffy word again - happiness being absolutely an essential ingredient to improve performance." That "happiness" that Way and Vernon and other athletes all describe is deriving the fun from the challenges they face, rather than simply measuring outcomes.

Vernon does an excellent job giving the athletes and coaches she interviews their own voice (Vernon spoke to more than 70 people for the book), but the end result isn't a spare academic tome; for sure, Vernon is not above relating telling, even funny anecdotes from her own athletic career. The tone of the book allows you to meet athletes on a level footing, even as they are describing their best (or their worst) sporting moments.

The two penultimate chapters deal with athletes and the psychological tools for their performances on race day. In the chapter titled "Tarzan and Jane," Vernon explores the reasons why athletes who are exemplary in training can't put it together on race or game day (in the words of a coach in the chapter, dealing with athletes who "train like Tarzan, but race like Jane."

In Vernon's view, race day nerves are simply a part of the experience, even for the best athletes. (Vernon relates a telling anecdote, again from Matthew Pinsent, who confesses to once being so nervous before he raced that he wished a car he was in, on the way to an Olympic final, would crash so that he wouldn't have to row the race.) 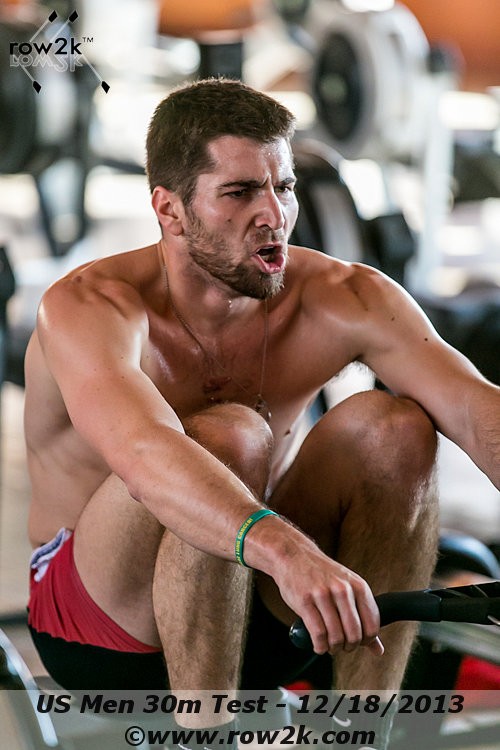 How athletes perform under pressure is an individual adaptation

In this chapter athletes relate the strategies they've used to, in Vernon's words, "not simply survive the pressure cooker, but to thrive." Surprisingly, but again characteristically for this book, is that there is no one way that athletes choose to deal with pressure. Some lean in, others shut off, and, as in so many other sections of the book, Vernon offers no value judgment, but allows that there are any number of ways that an athlete might cope with their nerves.

Across the book, it's this open-endedness that makes the book so readable, and would make it valuable for athletes to take in. Even if a reader doesn't recognize themselves in one type of athlete or approach, there are any number of examples of athletes who have succeeded using an alternate path. As Vernon stresses, the key isn't the "what" of athletic performance, but the personal "why" for each athlete; self-awareness, and using that self-awareness to hone one's performances is the way to win the mind games that all athletes will inevitably face.

In a brief chapter on coaching, Vernon charts the evolution of the coaches role with respect to athlete psychology; with many elite and Olympic athletes gaining full-time, or at least greater access to sports psychologist, coaches at the top level have been able to somewhat "move out" of their athlete's heads, if you will. The role of coaches in maintaining their athlete's psyches has certainly changed in the last few decades, but Vernon argues that the primacy of the message that the coach delivers to their athlete, and the manner in which that message is delivered, is undiminished. "Coaches have to consider the person, and not just the player," she writes. "Modern sport is holistic, and coaches have adapted their methods accordingly."

Vernon concludes her book with an insight that might be obvious to many present and former top level athletes, but might not be as obvious to observers: "Elite sport isn't gentle. It writes down all of your strengths and weaknesses, fears and insecurities, hopes and dreams, in large letters on a piece of paper, then shoves it in your face. You are relentlessly analyzing yourself as an athlete and a person, which is what creates self-awareness. There is no place to avoid your own mind games."

With this book, Vernon has added a useful and readable addition to the canon of sports books, and it's worth reading for athletes and coaches alike; anyone interested in learning more about confidence, competitiveness, athlete development, race day nerves and more will be rewarded.