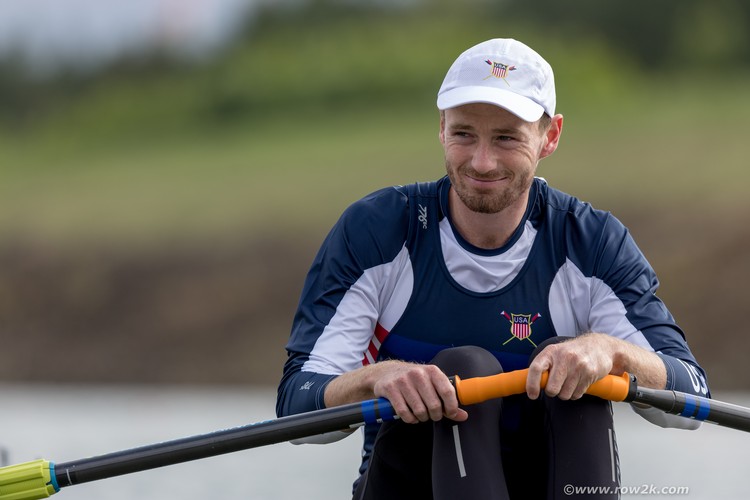 Three of the California Rowing Club athletes racing here--Men's Single Ben Davison and the Men's Pair of Justin Best and Mike Grady--took a slightly different "row" to Racice ahead of the racing here.

Instead of arriving with the rest of US team for the customary week of pre-regatta training on site, they left a week earlier and they went to Zagreb with head coach Mike Teti and coach Skip Kielt for their final preparations. Kielt is working with the crews here at the race course.

In Zagreb, they trained alongside Croatia's Sinkovic brothers, as well as Crotia's own men's pair: Loncaric twins Anton and Patrik.

California Rowing Club coach Skip Kielt took some time out during a practice session to talk the how Head Coach Mike Teti came up with the idea to set up CRC's Zageb branch, and row2k also caught up with Mike Grady from the M2- to ask about training alongside the Olympic champs.

row2k: It is a little bit unusual for a US club to undertake their own overseas pre-Worlds camp, so how did this plan come together?

Skip Kielt
We actually brought a group there early in the summer: Mike took them over at the end of June/beginning of July, and they went for 10 days. We were looking for somewhere to bring these ten young athletes that we had brought in from college. We didn't want to go to Henley because we just wanted to basically train. We looked at a couple different options, but we connected with a couple friends there that Mike had who steered us in that direction. Then, we thought it was a great opportunity to train with the Sinkovic brothers and their coach, getting to go on this European tour without the pressure of racing. That's how it started. When they came back from the July trip, a couple of those guys went to Selection Camp, and the rest of them finished the summer at Canadian Henley.

Then as we were getting for Worlds, we were looking for something for the guys in the pair and the single. We had the option to go to Princeton, which would have been it would have been good, to train with the team, but we thought about whether there was an opportunity we could learn even more from, and the first thing that came to mind was Zagreb.

Logistically, of course, we had to figure out what a good time was to come before the Worlds: enough time to lead in, where they could get acclimated to the timezone, but also so we could do some work with the Croatian group. We went there for about nine or 10 days, and did a couple of practices on our own, just to get a feel for it and get acclimated. Then we figured, let's just go on their schedule; so we didn't even plan the last week of our program, just because we felt that a) it was worth it to go side by side and b) the Croatians been doing the same schedule for probably a dozen years, and it's not going to hurt us: if they're prepared, their plan will prepare us. 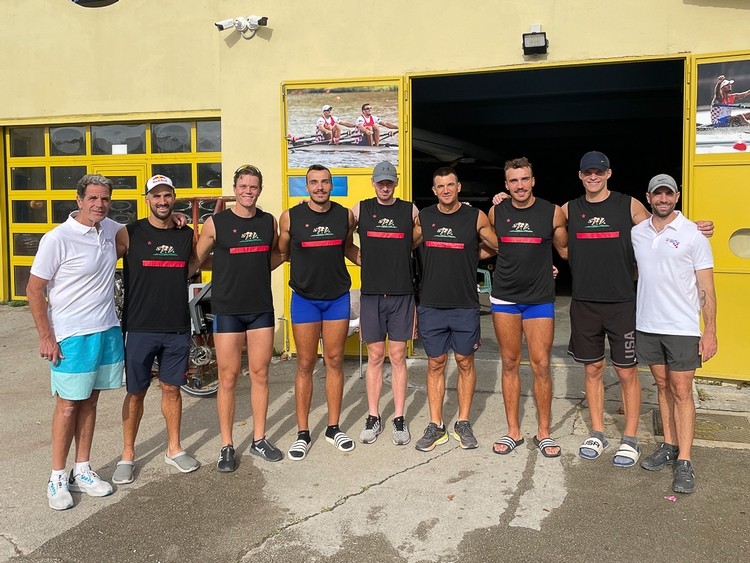 It was good. We learned a lot. Nothing profound but just in terms of how to go about your routine, how simple it is, what's super important. Then having the competition, going side by side was good for our guys, who have been going basically individually all year. Being on their own was good, too--it's not a lot of pressure to perform and they can just train--but at the same time, leading into a championship, it was good to have that extra measure.

row2k: Was it helpful to get your guys--who are newer to the pair event, especially--alongside the Croatians? It seems like this trip allowed you to inject some very senior athletes, the Sinkovics, into your training group and plan. Was that mentorship helpful or even something you guys were thinking about getting from the trip?

Skip Kielt
Yes, but I don't know that that was our ultimate goal, but it turns out that was a big part of it. Not necessarily mentorship, but more the fact that the Sinkovics have had success at both the World Championship and the Olympics in a couple of different boat classes. And again, how simple it was. So it did turn into that: it gave some perspective and demystified what it takes to be successful--some hard work, good training, some focus, and time.

row2k: And that time is important, right, because now these guys are in these very technical and very competitive boat classes, the pair and the single, that they have not necessarily raced, at this level, before now.

Skip Kielt
It's interesting you bring that up. The problem is that these guys haven't spent enough time in the boat classes. Ben's a little bit more seasoned and has been in and out of the single, but never kind of a full campaign. So he has all this experience, from sculling and from racing the eight, but never this sustained time in the single, preparing for a championship or maybe multiple championships.

And even more so with the pair: they've rowed pairs, they train in pairs, and they've gone to the NSR. They rowed with different partners through the year and the bulk of our training was in the pairs, but it's different when you're sitting in a boat for six months with the same guy, trained for a championship, versus just training for an NSR knowing that you're going to go into a four or an eight. It's very different. And the guys realize that and let alone the racing as well.

So Zagreb was good for them in that regard: not only learning but going through that build up to a championship with those guys. It also gives them some perspective on whether they want to continue on in the event or not.

row2k: Mike (Grady), as a guy in the pair, how was the trip for you, the experience of training there?

Mike Grady, USA M2-
It was second to none. They were great hosts, the Sinkovic brothers and the brothers in the Croatian pair

I enjoyed spending time with them, getting see what they do on a daily basis and I'm excited about the prospect of hopefully someday going back. It was just probably the best thing I could have asked for leading up to racing at the World Championships.

We had been training with Ben Davison in his single, but it's always nice keeping side by side with either someone your speed or faster than you. Ben's a really good single sculler but it's definitely nice to revisit some of some true speed.

row2k: Skip, is this something that you guys would consider to do again? A training camp in Zagreb, or with either another group or in other location.

Skip Kielt
You don't want to get complicated, but I think we would definitely explore it. The World Cup is in Zagreb next year, and it's a good location. It's central to Europe, so we can we can be anywhere in a few hours by plane. 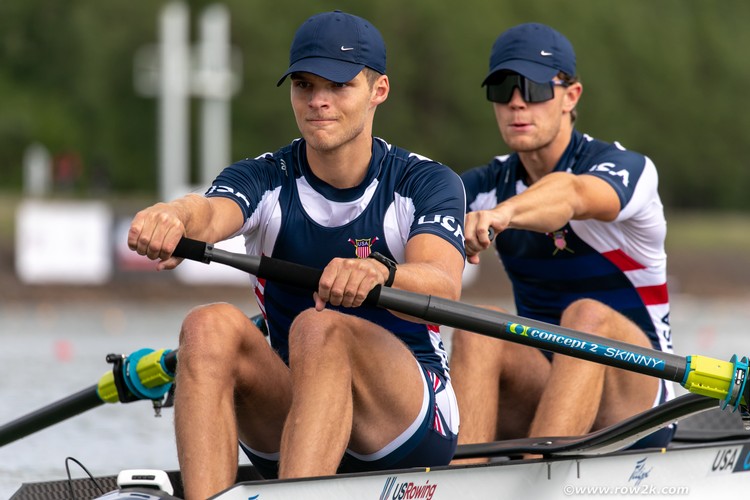