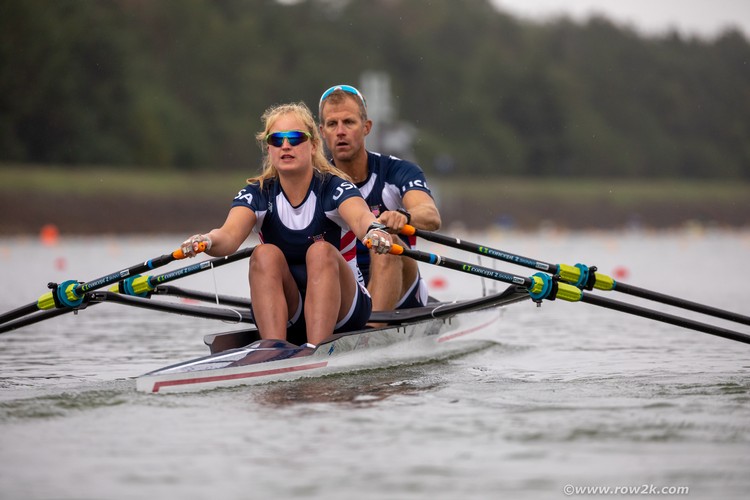 Pearl Outlaw and Todd Vogt joined up as the new line-up of the USA PR3 Mix 2x for this first year of the build-up to that boat class's Paralympic debut in Paris 2024.

row2k caught up with them ahead of their Friday final here in Racice.

row2k: Todd, you’ve raced at Worlds before, in the PR3 Men’s Pair with Andy Wigren. Can you talk about about the switch to the PR3 Mix Double and how the transition has been?

Todd Vogt:
First of all, I had a great time rowing with Andy in the pair. I prefer to scull; I think it's a little easier on my body, so I'm really happy to be sculling primarily. That was my first world championships, with Andy, and it was a really good experience, to be there and see all the teams and experience that whole element of things.

row2k: Did the PR3 Double becoming a Paralympic event factor into your decision?

Todd Vogt:
Definitely. Paris is definitely the ultimate goal, and the double is one of the ways to do it.

row2k: Pearl, you’ve raced the PR3 Double at Worlds already, with Josh Boissoneau in 2018 and again in 2019, when you won bronze, but this is a new lineup. How has this partnership grown, and helped you towards your own goals?

Pearl Outlaw:
I started out the 2021-2022 season some uncertainty because Josh was taking a step away from rowing, and I didn't know who I was going to be partnered with. But Todd and I really mesh well, and we are both super committed to just grinding and putting in the extra work; really committing our entire lives to Paris, even though it's a little challenging at times and a little stressful. 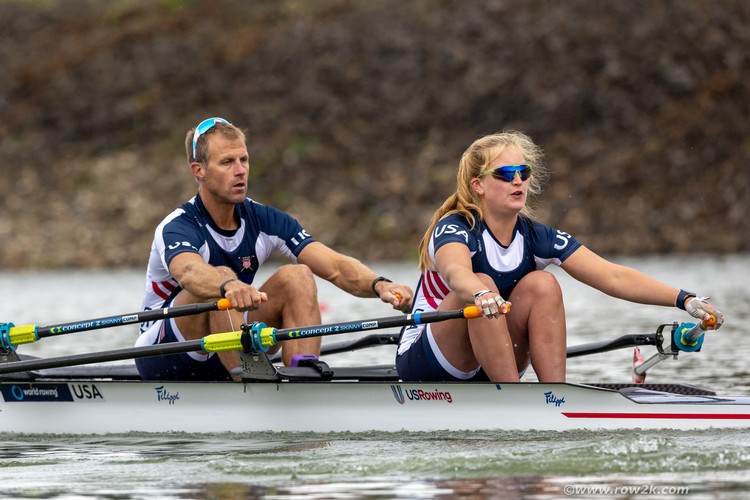 Even before we started rowing together, we both had really high expectations, and standards that we wanted to hold ourselves and each other to. I think that works really well for us, because we push ourselves and we push each other. That's why we work as a partnership.

For example, I made the move to Portland [to train], because I knew that proximity is going to be the way to improve. Especially with this being a Paralympic event now, if we are going to show up, we want to show up strong. So, I made that move. We spent all of our time together, and we've gotten really close, which is good. We can be really open with each other and we can share all of our frustrations. Anything that needs to be worked on, we work together to fix it. When you're going for something like the Paralympics, you have to be able to have those hard conversations with each other.

row2k: Your first international racing together was earlier this summer, in Gavirate, where you won. Can you talk a little but about the racing you did there?

Todd Vogt:
In Gavirate, we raced twice: there's a heat, then final, and another heat, then final. Great Britain was there, and their Para team is the best in the world. So we figured they were going to be smoking fast. Austria was there as well. They've been the silver medalist the last couple years, as well as Italy and Israel, who raced in the Paralympics, so we figured the competition was going to be really good. 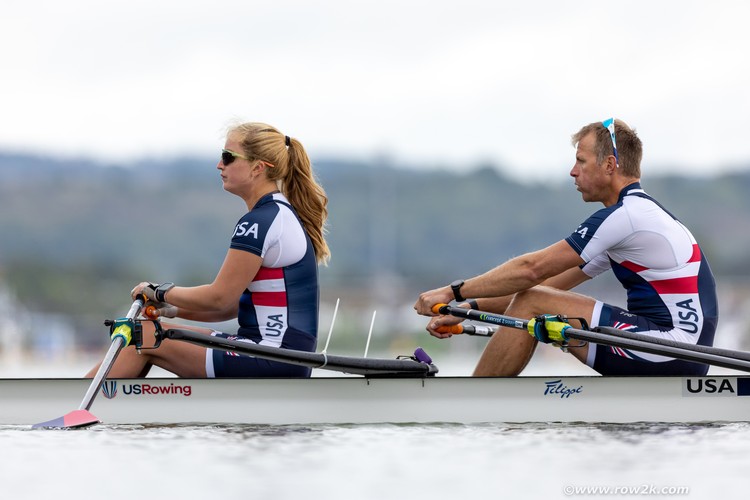 We had our Friday afternoon heat for the Saturday morning final. It was two to qualify, with us, Israel, and Great Britain. Israel was two athletes that raced in Tokyo, and Great Britain's Great Britain, so I'm nervous. I'm a little concerned that we might not even make it out of the heat. So, the gun goes off, metaphorically speaking, and I got my head down for our start sequence. I look up after 30 or 35 strokes and we're open water on the field. And I'm thinking to myself, "What the heck just happened? How did we pull this off?" Then we just held that pace and, if anything, walked away.

row2k: After Gavirate and then Trials in July, you headed back to Portland to train for the racing here in September--how did that training block go for you?

Todd Vogt:
After trials, we did four or five weeks of extremely hard training. It was awesome.

Pearl Outlaw:
It was even better than the training we did leading into Gavirate, or even leading into trials. We both were fully committed: all the days that we were tired or on the edge, we would just get up and go through what we had to do.

Todd Vogt:
It was a really good build.

row2k: And can you talk a bit about what it is like to train with the larger group of non-Para scullers out in Portland?

Todd Vogt:
It's amazing: we generally would do hard workouts on Tuesday, Thursday, and Saturday, with Saturday being our hardest workouts of the week. Pretty much any Saturday, we would have at least two or three other boats alongside us, in some sort of combination--whether it was a master quad or a mixed quad or a mixed double--and they would do the workouts that we wanted to do.

Pearl Outlaw:
They would not let us win either. Those guys were always giving us a battle. 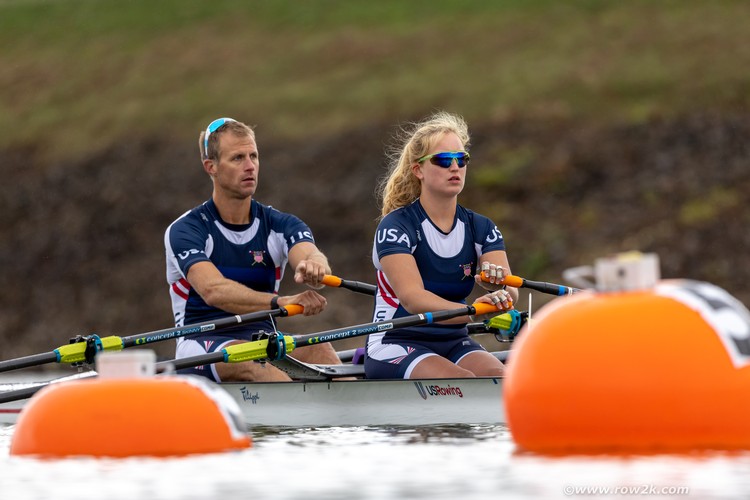 Todd Vogt:
They would modify their stroke rates, so we could go similar speeds, but we would have boats alongside us for the whole practice, pushing us.

The last Saturday before we left, we raced against two doubles, and one was Tiff Wood and Ned McCall. We did a 1500 meter time trial and they were side by side with us the whole entirety of the 1500 meter piece.