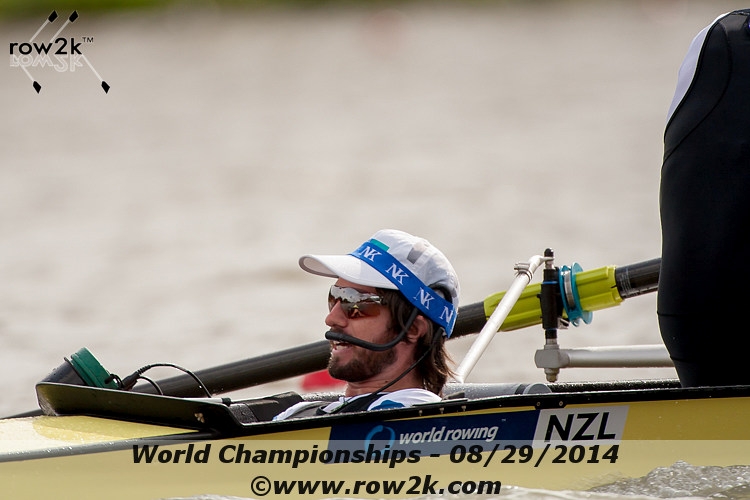 The Kiwi Pair is recognized as one of the best crews in all history, and coxswain Caleb Shepherd doesn't just watch them row, doesn't coach them, doesn't ask them how it feels – he is actually in the boat. I did a short interview with Shepherd while the guys were on the bikes before their medal ceremony.

So you’re the one guy who knows what it’s like inside that boat. What were your impressions when you first got in, and what’s making it go?
When I first got in it was sort of that grey area where I was working out what they wanted from me and so we had to sort of work through that process. They have a few things that they talk about in themselves, they give that to me and then I relay that back to them, so that’s really cool. During the racing it’s been incredible to be in the boat and to see how they can back up to 500 after 500. They just sit on the same speed and just keep trekking along.

What would you say about a rhythm in the boat, is it unique compared to the things that you’ve done?


It’s a lot different to an eight obviously where you feel kind of like it’s on the edge and this is like, well they definitely pick me up every stroke. The rhythm is very smart about how they pick it up, they seem to be able to keep it trekking along and it’s not too hard, they’re really efficient in what they do.

It went to plan? You hit the world record, you’re in the books.
Got my name down so it’s good.

(It is worth noting that the pair did not toss Shepherd into the water – guys who row a straight boat and they don't toss the coxswain – c'mon!!)