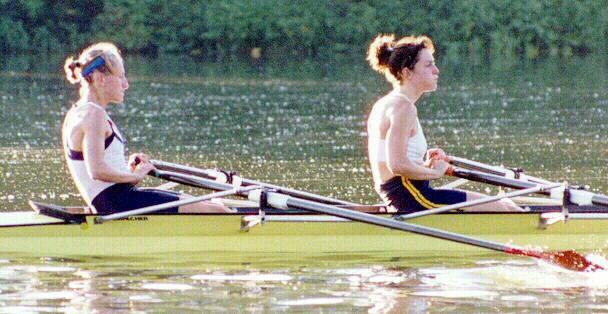 Lightweight women's double
Sarah and Christine looked solid, clean, and fast, but doesn't everyone when they have open water on the field? While the US double rowed in a fairly easy race, the other semi was closely contested all the way to the finish, and the Romanians won it in a time that was just over 5 seconds faster than the US time, with all the other qualifiers also faster than the US time.

Still, the US double was fastest to the 500, and times were almost identical to the 1000, so the US double looks solid. While Christine was in the drug-testing tent, Sarah noted that the duo has never had any competition that forced them to race all the way to the wire, as they won by open water last year. Sarah thinks that the final will present just this scenario, but feels confident that the crew will be able to respond.

Sarah also noted that the crew was able to relax considerably in the second 1000. "I checked the crews that were behind us, and knew we could respond if they came up," she said. More from Sarah in the NBCOlympics story I'm filing today, and will link up here when it's online.

Lightweight men's double
Why row low in a big semi? After placing second in the semi and winning a spot in the A final, along with an Olympic qualifier spot, Steve and Conal showed me the ratings on their stroke coach. Settle to 38, cross 500 at 38, 1100 at 39, 1400 at 40, 1700 at 41, and up from there. It worked; in fact, the double seemed to have the ability to accelerate the boat late in the race, long after most onlookers thought they must be spent. Great effort.

Lightweight men's four
The four placed sixth, into the B final, but the race is under protest, as the crew picked up more weeds out in lane 6. Bill called a referee in, and the ref pulled the weeds off the tiller, but at this writing the protest has not been resolved. I'll update when I have more info.

Update:
The protest was disallowed; the jury agreed that the crew had picked up weeds on their tiller, but decided that the weeds had not significantly affected the crew's racing at this event, or something to that effect. The crew will race in the B final tomorrow, from which 4 crews qualify for Sydney.

Women's 4x
The women's quad placed second in the semi, into the A final and an Olympic position. I quote Kelly Salchow extensively in the NBCOlympics.com update; I'll link it on row2k when it goes live.

Update:The Australian quad, which raced in a different semi, was undeniably waked by the television/announcer's launch. The protest was disallowed, however, as accommodating the crew's protest presented considerable difficulties with respect to issues of Olympic qualification.

Men's quad
The racing in the men's quad is almost absurdly intense; the Italian stroke was taken from the boat, and the regatta site, on a stretcher due to exhaustion. Unfortunately, the US men's quad missed the A final by less than a half-second, placing only 2.8 seconds off first in a truly hellacious race.

The crew would appear to be headed for a solid, Olympic qualifying performance in the B final; the top 5 crews from the B final win Sydney slots.

Women's Double
Cindy Brooks and Carol Skricki placed fifth in the B final, and never really seemed in the hunt for the winning slot, or for the top two Olympic qualifying slots. The US will have to earn a spot in this event next year at Lucerne, where the top two crews will go to the Olympics.

Men's Double
After last night's skit performance, the US men's double of Ian McGowan and Nick Peterson either had God on their side, or were hiding when clouds showed up lest a lightning bolt hit them. Either way, the double raced well, placed ninth overall, and won one of the 11 olympic quallifying spots.

Lightweight men's pair
Jamie Peschel and Matt Smith, usually quick out of the gates, went out in fifth, and never found their speed. They placed sixth in the semi, and will race in the B final tomorrow afternoon.

Lightweight men's single
Bill Belden placed fifth in the B Final, 11th overall. Bill went out of the gates in the pack, but never quite got his boat up to speed, posting the fifth fastest time in each 500.

Men's pair
In only their third row together, Adam Holland and spare Sebastian Bea placed first in the C final, leading all the way. Gotta feel bad for Adam and Cyrus, but it's good to see these guys uncork one to end an unhappy couple weeks.

They place 13th overall; the US will have to qualify for the event at Lucerne next year, when the top two crews win Olympic slots.

Men's straight four
The US four blasted the race open from the start, and although they still seemed to have trouble with the final 500, led by over three seconds at the 500, and never looked back.

They place 13th overall; the US will have to qualify for the event at Lucerne next year, when the top two crews win Olympic slots. 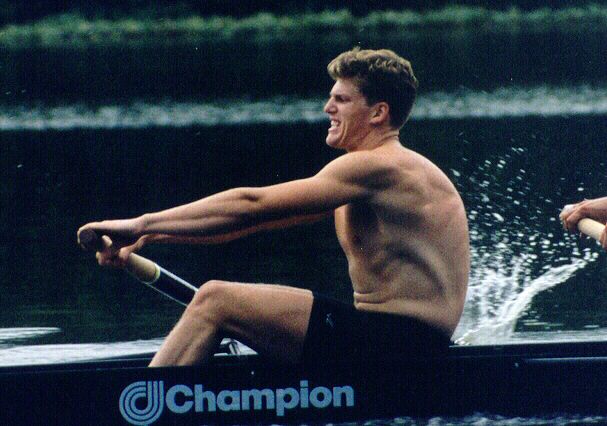 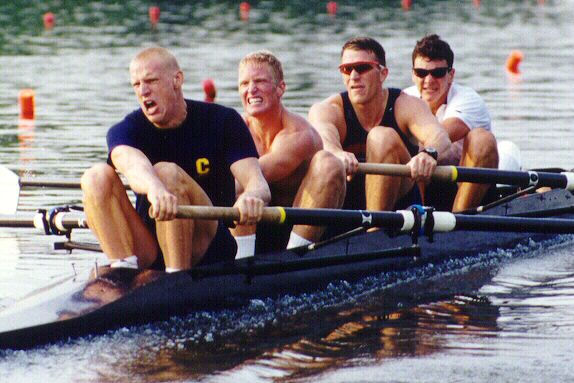 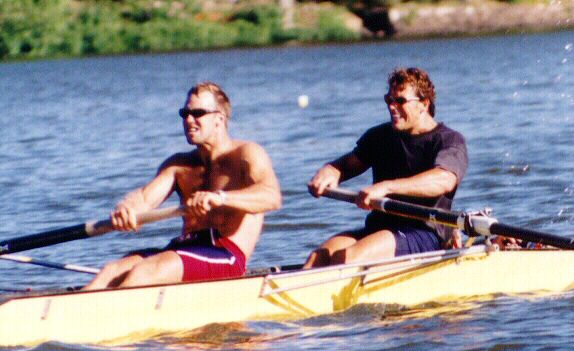 Saturday Gossip and News
Get our Newsletter!
SUBSCRIBE
Support row2k!
If you rely on row2k, please support row2k!