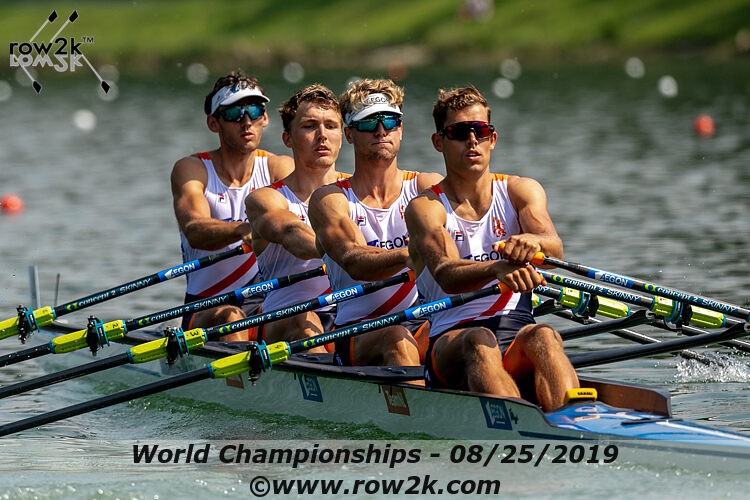 Racing for the 2020 Olympic Regatta begins on Friday, July 23, in Tokyo, Japan. Below, we preview the men's quad. 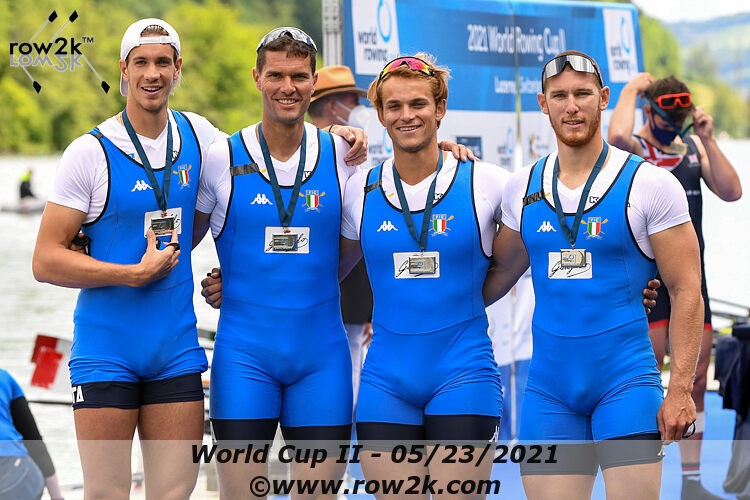 LINZ 2019 RECAP
Poland got out to a quick lead on the field and led a tight grouping of quads at the 500, with Italy and the Netherlands within a deck and all crews within a length. In the second 500, The Netherlands and Italy moved through Poland, with the Dutch holding a deck length lead at the halfway mark. The Netherlands continued to widen their lead on the field, breaking open water in the third quarter over both the Italians and Polish quads. Poland made a charge in their sprint but were unable to gain in water on the Dutch, who won the gold going away. Poland took silver over Italy for bronze, Australia in fourth.

2021 SEASON RECAP
WORLD CUP I
Estonia took the win by one second over Poland and Germany. The only other Tokyo qualified crew in Zagreb that race was Norway, which finished in sixth place.

EUROPEAN CHAMPIONSHIPS
There were five qualified crews in the A Final in Varese, and Italy took the win by half a length over The Netherlands which Estonia winning bronze. Poland finished in fourth with Great Britain in fifth. 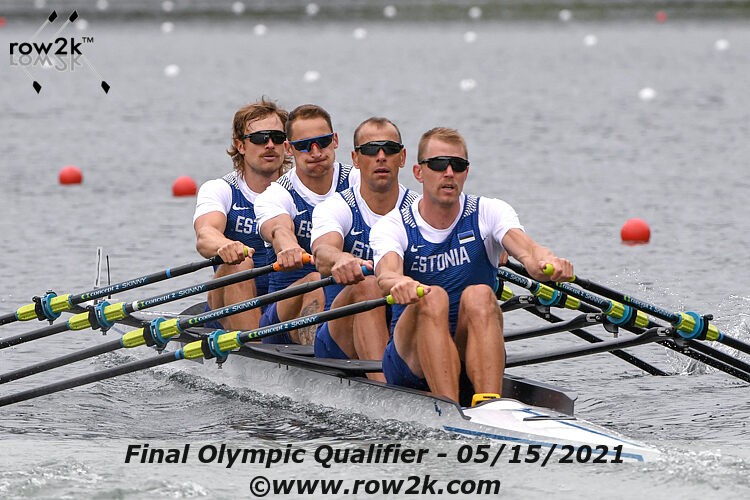 EST M4x in from FOQR

FOQR
The two qualification spots for Tokyo were won by Estonia and Russia.

WORLD CUP II
The Netherlands rebounded from their loss at the European Championships, to win in Lucerne by one length over Italy. Great Britain improved to third, beating Poland, China, and Germany in the final.

WORLD CUP III
The Italian quad won on their home water in Sabaudia, defeating Norway and Germany by a length for the gold medal. Poland trailed in fourth.

MEDAL PICKS
The Dutch and Italian quads have separated themselves at the top of the field for Tokyo, with The Netherlands the likely favorites for gold. Behind them are a group of six that will all challenge for a spot in the A Final and potentially on the podium. They are led by Estonia, Great Britain, and Poland, with Germany, Australia, and Norway also in the mix.