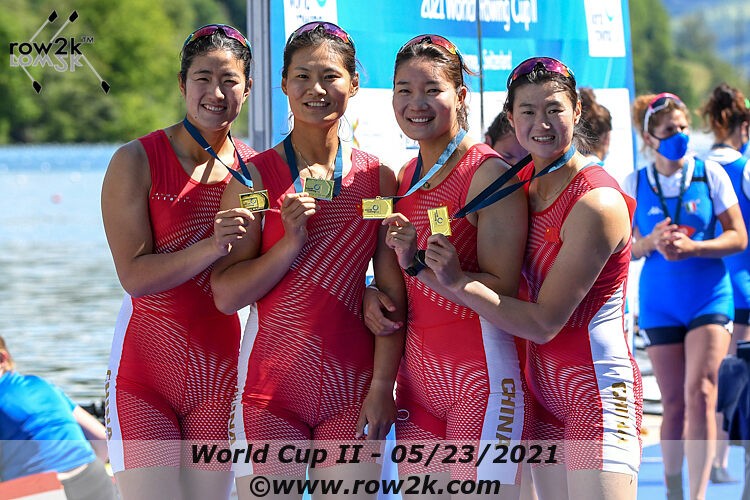 Racing for the 2020 Olympic Regatta begins on Friday, July 23, in Tokyo, Japan. Below, we preview the women's quad. 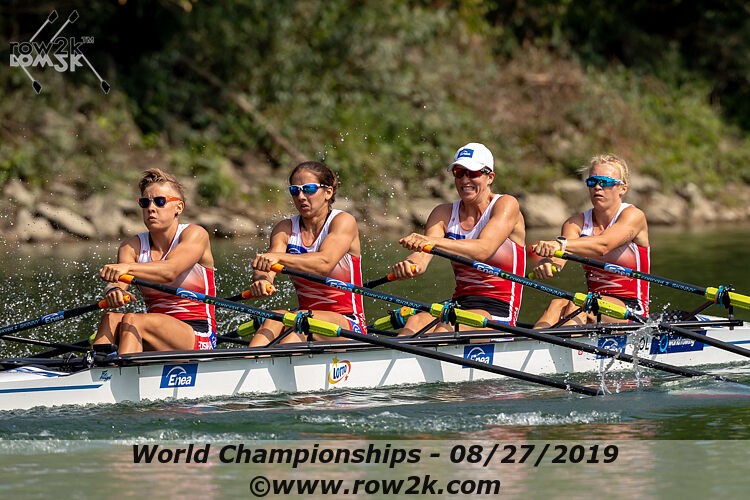 LINZ 2019 RECAP
First of the line were the Poles, but by 500 meters in, the Chinese quad had drawn level. Behind the two early leaders, Germany, the Netherlands, and New Zealand were nearly a length back. China continued to move in the second 500 and took a one length lead. At 1500, China had just broken open water and broken open the field, with the Polish and Dutch crews in a tight race for silver and the rest of the crews open water back and in a race for fourth. China hung on to win the gold with, Poland taking the silver over the Netherlands in a photo finish. Germany finished in fourth.

2021 SEASON RECAP
WORLD CUP I
With just two qualified crews racing in World Cup I, Germany defeated France by half a length.

EUROPEAN CHAMPIONSHIPS
The Dutch quad raced to a close win over Great Britain, with Germany winning the bronze. Those three crews, plus Italy in fifth, were the only qualified crews to make the A Final, with Poland and France racing in the B Final.

FOQR
The two qualification spots for Tokyo were won by Australia and France.

WORLD CUP II
China, in their only race appearance since Linz, dominated in Lucerne, winning the A Final over Germany and Italy by nearly five seconds. Poland finished in fourth with The Netherlands in sixth. 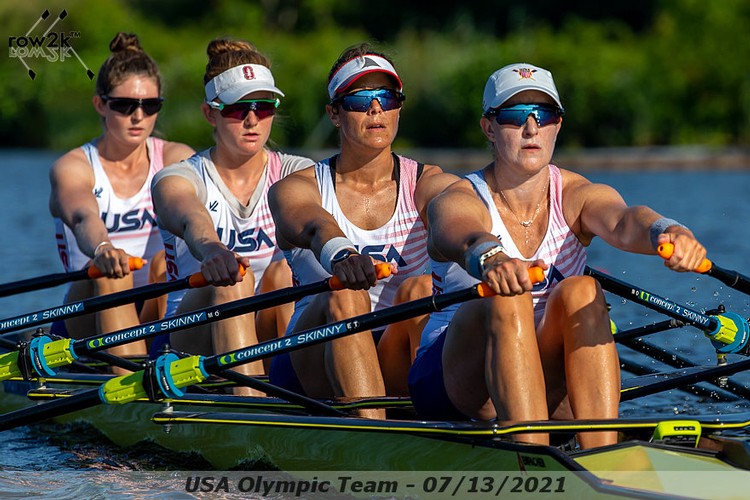 WORLD CUP III
Germany took the win in the final World Cup, half a length over a photo finish for second through fourth with Italy taking silver, Poland the bronze, and The Netherlands in fourth.

USA PROSPECTS
The Tokyo Olympic USA women's quad is a completely new lineup with zero returning scullers from the 2019 crew that won the B Final in Linz. The stern pair is the experienced USA W2x from 2013-2018 of Ellen Tomek and Meghan O'Leary. It will be the third Olympics for Tomek and second for O'Leary with their best finishes coming in second in 2017, third in 2018, and sixth in Rio Olympics.

Joining them are Cicely Madden and Alie Rusher. Madden faced in the 2019 W2x, finishing fifth and has fourth place finishes in the U23 W2x and U23 W1x, plus silver medals twice in the JW4x. Rusher makes her senior team debut in Tokyo and has two U23 appearances including a bronze medal performance in the 2018 U23 W8+.

The crew has a good mix of youth, experience, and technical skill. The quad has only been together for little over a month, so much depends on how well they gel as crew, but they should be in the mix to make the A Final with an outside shot at the podium.

MEDAL PICKS
China are the defending world champions, and crushed a talented field in their one appear in 2021 and are the favorites to win gold in Tokyo. After them, the race for silver and bronze, and just making the A Final will be chaotic and intense. Seven of the remaining nine crews (GER, POL, GBR, NED, ITA, AUS, FRA) have raced this season and have all shown the speed to be competitive in Tokyo. The final two, New Zealand and the United States are new crews that have yet to race but have the potential to make the A Final.