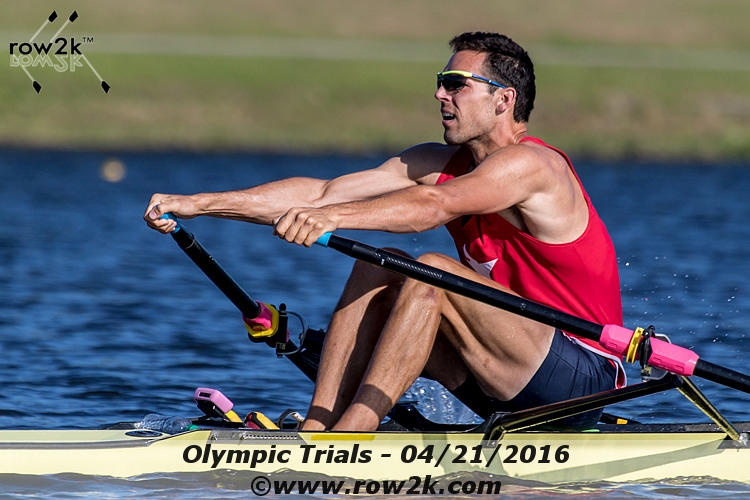 With anticipation hanging in the air, time trials for the 2016 U.S. Olympic & Paralympic Team Trials began this morning at Nathan Benderson Park, as athletes from across the country made their way down the course in their first step toward making the 2016 Olympic and Paralympic teams here at trials.

Blake Haxton (Columbus, Ohio) started off the morning posting a time of 4:38.67 over Robbie Blevins (Oklahoma City, Okla.), who crossed the finish line in a time of 5:09.73.

Haxton and Blevins will go head-to-head one more time this weekend, competing in the 1,000-meter final on Sunday morning at 9:00 a.m. for a spot on the 2016 Paralympic Team. 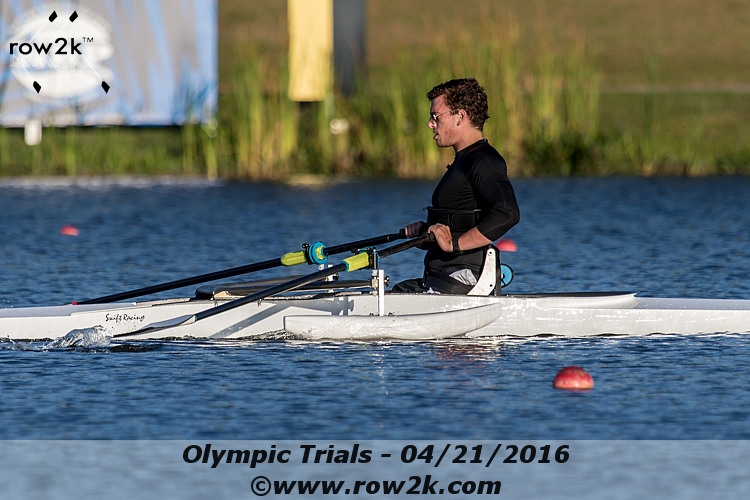 Haxton and Blevins will go head-to-head one more time this weekend, competing in the 1,000-meter final on Sunday morning at 9:00 a.m. for a spot on the 2016 Paralympic Team.

After qualifying the boat at the 2015 World Rowing Championships, Treasure Coast Rowing Club, Inc.’s Jacqui Kapinowski (Tequesta, Fla.) moved one step closer to achieving her dream to compete at her final Paralympic Games, as she finished the time trial more than 15 seconds ahead of her competitor with a time of 5:17.34. 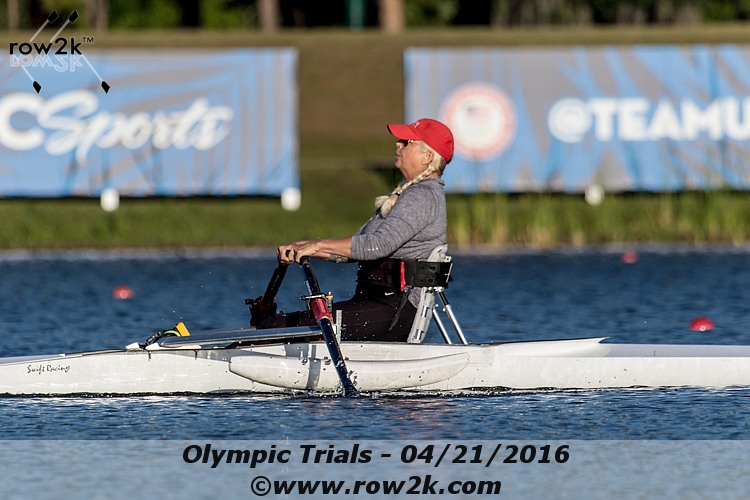 "We train so hard for this moment," said Kapinowski before her time trial. "If I make it, this would be my last Paralympics. It's a dream come true for anyone to be an Olympian or Paralympian."

Community Rowing, Inc.'s Katelynne Steinke (East Falmouth, Mass.) posted a time of 5:33.50. Both women advance to the final on Sunday at 9:15 a.m., for the chance to represent the U.S. in Rio de Janeiro.

Olympic Events
In the Olympic events, the time trials, which were run in a cross headwind and at 1900 meters, resulted in the following percentages of the gold medal standard in each Olympic event:

In the most registered event of the trials, 21 athletes from around the country lined up to put their Olympic dreams on the line. First to take his chance was Potomac Boat Club's Greg Ansolabehere (Bakersfield, Calif.) who knew just how high the stakes were.

"Everybody knew what was on the line for this race," said Ansolabehere. "You have to lay down the most firm and competitive piece that you possibly can out there. That is what I knew I wanted to do and was thinking right before the start."

First down the course and first on the results list, Ansolabehere finished with a time of 6:40.00, two full seconds in front of Penn A.C. Rowing Association's Justin Keen (Philadelphia, Pa.).

In one of the closest margins of the morning, Southern California Scullers Club's Stesha Carle (Long Beach, Calif.) narrowly beat Cambridge Boat Club's Gevvie Stone (Newton, Mass.) for the top nod with a time of  7:14.60 to 7:15.73. 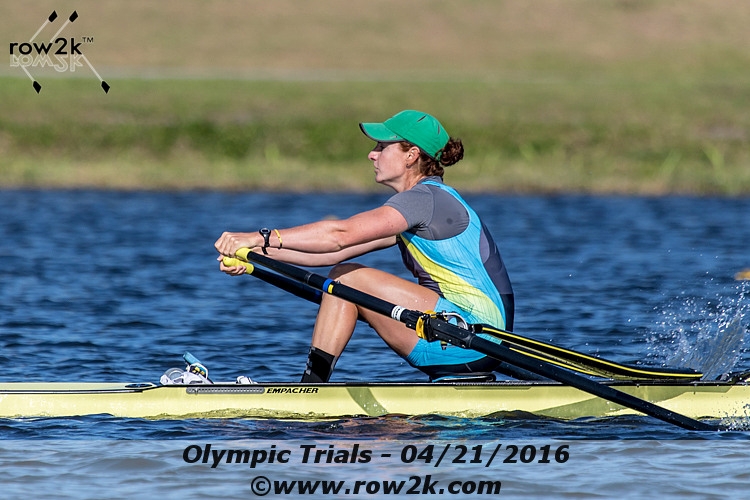 Stesha Carle
Following close behind was Vesper Boat Club's Lindsay Meyer (Seattle, Wash.), a Beijing Olympian in the women's quad, who rounded out the top-three with a time of 7:23.01. 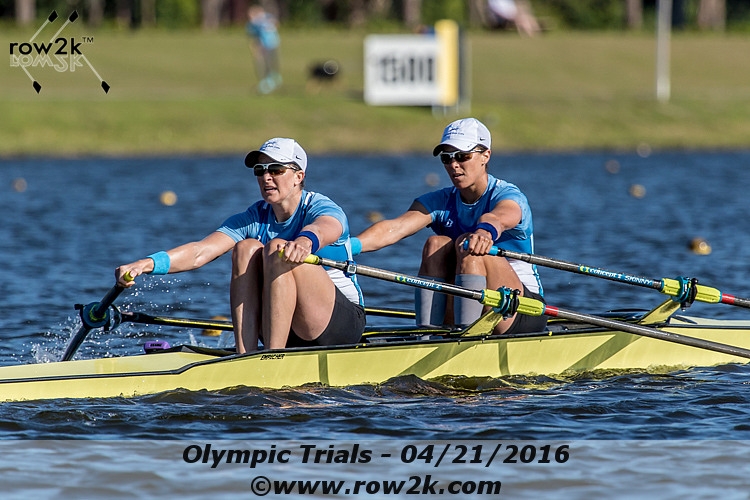 Tomek and O'Leary
Vesper Boat Club came in a close second place as Nicole Ritchie (Dummerston, Vt.) and Mary Jones (Huntsville, Ala.) finished with the second fastest trial time of 6:41.89.

Similar to the women's double sculls trial, the lineup that qualified the boat also took the top time in the trial as Cambridge Boat Club's Andrew Campbell, Jr. (New Canaan, Conn.) and Joshua Konieczny (Millbury, Ohio) finished almost 10 seconds ahead of the next crew with a time of 5:57.95.

Vesper Boat Club's Kate Bertko (Oakland, Calif.) and Devery Karz (Park City, Utah) posted a commanding lead over the field of eight. They finished more than 10 seconds up the next crew with a time of 6:38.30. The duo are both veteran national team members that competed at the 2015 World Rowing Championships last year. Bertko won bronze in the lightweight single sculls; Karz finished 11th in the lightweight double.