In response to a question about the crew never having raced in a regatta prior to the Olympics:

Henrik Rummel: I don't really think you need to go overseas too much. Everyone shows up to their first race without much experience, and they get through just fine. We've been doing plenty of 2Ks, working on times and our splits. We knew we were fast, so I don't think it was super necessary to travel overseas. I think we made the decision that it would hurt us more than it would help us, because of a lot of travel, on the other hand, or an extended period of time overseas. We had great training camps and we were happy with the way we were standing, so I don't think it was that necessary to go overseas to compete earlier. I think we could look back and say these are the things we need to work on and improve, but at the same time we thought it would jeapordize ourselves by traveling a whole lot.

Ed Hewitt: Did it feel like you were kind of potentially setting up an ambush at all?

Rummel: (Laughs) Yeah, I thought we were going to get it for a little bit. I just remember putting a lot into that third 500 to try to make sure that we broke clear in the third. And then all of a sudden I saw we were really gaining, and then I think we ran out of gas a little bit in the last 500. But, credit to those crews who are maybe two of the best fours of all time.

I mean, the British finished 5:36 or 7 or whatever it was. They're just a cut above a lot of other fours, so it feels great to be right there. We know we were quick, and maybe in another year it would have ended up better. But we're happy with bronze I think.

Hewitt: You know how you can set the pace at a race from behind, you can actually be the one with the momentum. There definitely was a point where it looked like they were watching each other and they started going "oh, wait a minute, here comes this other crew." You could really tell, in fact they started to wobble a little bit. They had to consider that 'these guys were going to change the race.'

Rummel: Yeah, we knew we'd be in it just from the split times. It's funny, we've been listening to the commentators saying that we don't have any chance in hell, that it's a two boat race and all this other stuff.

Rummel: Oh yeah. But we knew what we were doing, and we knew that we would be in it at some point in the race. We aimed for the sky and we came away with the bronze. But I don't think that it warrants everyone saying that it was a two boat race. It was pretty close. 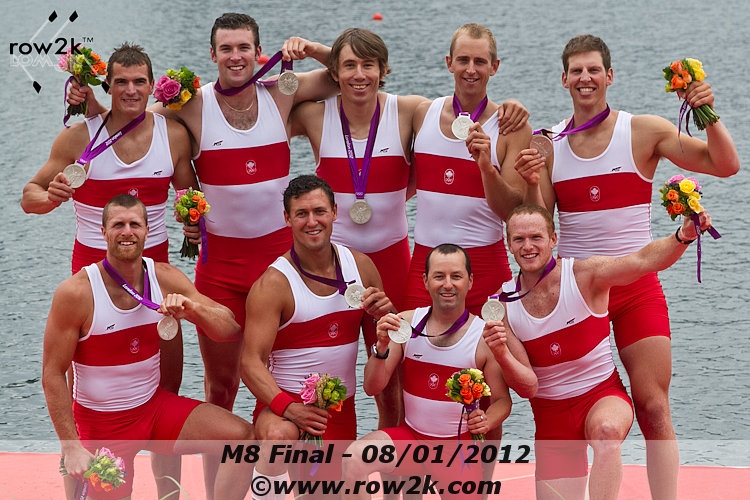