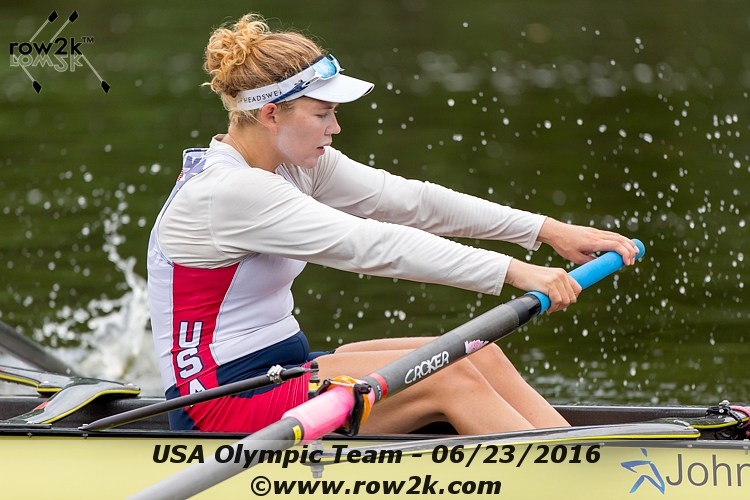 My mom encouraged me to go to my first rowing practice in high school because I was tall and strong, and I ended up rowing for Moorestown Rowing Club for four years. We erged out of a teammate's garage in the winter, and the boats were kept outside all year, inside a barbed wire fence. Now, they have a beautiful boathouse; they've also come a long way in recent years.

By my senior year of college (2010), I was nearing the U23 erg standards. I decided to add a few extra erg workouts per week and see if I could get an invite to the U23 camp. I did get a camp invite, and the experience was eye-opening. I remember PRing on my 6k erg test, only to be 80 seconds off the winning time. Though I didn't make the team, I wanted to keep rowing because I was improving and wanted to see how far I could push myself in the sport. I continue to be driven by the desire to be the best athlete I am capable of being.

Not categorically best or worst practice, but the October 2013 pair matrix for Head of the Charles selection was memorable. My first pair partner was Tessa Gobbo and we didn't seem to click in the practices leading up to our piece. At the end of a particularly frustrating row where we were passed by several pairs, an oar came out of its oarlock and we flipped thirty feet away from the dock. I had a really hard time getting out of the boat (tie your heel ties, people!!) and we were eventually rescued by a launch.

The next morning, it was time for our piece. We spent most of our allocated warm up time on land, shaking the boat and trying to get rid of all the water still inside the hull. Fueled by rage (and likely a desire to get out of our cold and wet shoes), Tessa and I rowed a really aggressive piece, and we ended up winning by ten seconds. Tessa is my current pair partner--we really have come full circle. 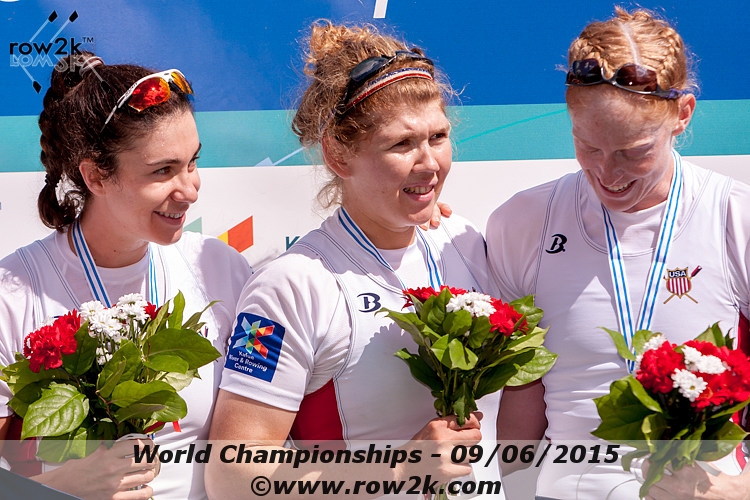 I learned how to row a single at Riverside Boat Club, and I loved racing my single against all the other boats on the river. Heavyweight college men's eights, junior girls' coxed fours, lightweight men's singles: I raced them all. The other boat was never aware that they were in a race. I once rowed side by side with a college men's First Varsity Eight for the entire Powerhouse Stretch (1250 meters). Of course, they had been doing various drills, but that didn't make it less fun for me. If you rowed on the Charles River anytime in 2011 or 2012, there's a good chance I have raced you in my single.

When I was invited to train with the National Team in October 2012, Tom Terhaar told me that my technique was poor and my strength wasn't great; the only thing moving my boat was "sheer force of will." The importance of an unrelenting willingness to work and mental toughness cannot be overstated.

Support Lauren and the Women's Eight!
Click here to Donate to the NRF!

Personal: Lauren enjoys crossword puzzles, downhill skiing and napping...she lists her parents, Eric and Lorie and former Riverside coach Tom Keister as the most influential people to her athletic career.