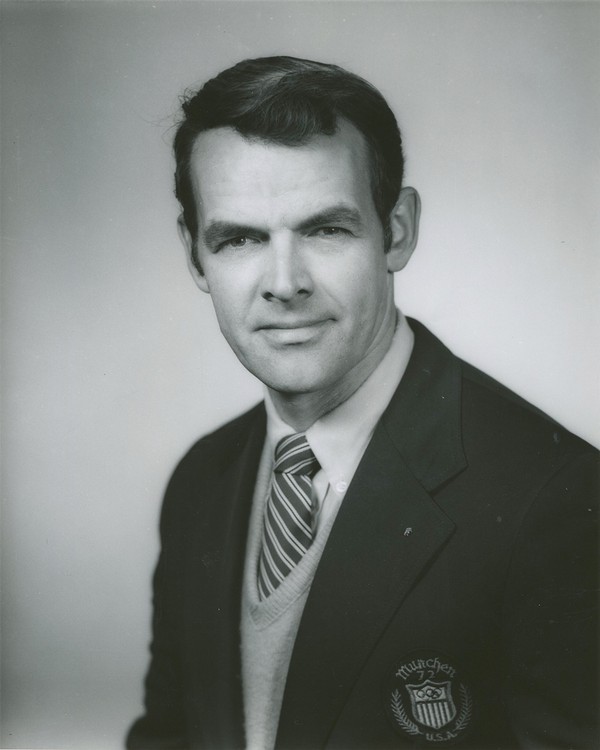 Ted A. Nash, a rower, Olympic champion, coach, revered mentor and friend within the Philadelphia rowing community passed away on July 3, 2021, at the age of 88. From the day he began rowing as a college freshman at Boston University, until he took his final stroke on the Schuylkill and offered still one more word of encouragement, it can safely be said that no one loved rowing and rowers more than Ted Nash. He participated in eleven (11) Olympic Games as an athlete or coach, winning gold (1960) and bronze (1964) as an athlete, then dedicating the rest of his life to guiding others to podium at every level of the sport. His contributions to American rowing and the lives of its rowers extend far beyond the Schuylkill River and Boathouse Row. But it is here, in the birthplace of American rowing, that his life and his continuing legacy will be remembered and celebrated in a series of events.

In the first of a series of events and activities celebrating Ted, The Pennsylvania Rowing Association (Penn AC), where Ted was a member and coach for several decades, honored him on Wednesday, August 18, an occasion that was both ceremonial and celebratory. The early-evening row-by in which all boathouses were invited to participate, was a visual reminder of the vast number of men and women whose lives he touched. Boats of all sizes passed viewers on the banks of the Schuylkill River, some rowing with an empty seat or hoisting oars in the air to signify the passing of this rowing giant. A celebration followed on the deck at the Penn AC boathouse that included the sharing of wonderful "Ted" stories by friends, teammates, and students. Participants recalled how Ted imparted parent-like advice, subjected them to intense training regimes and recognized wins of everyone at the club - even high school rowers, who he may have never met - by posting congratulatory signs with the names of each boatmate on the front door of the boathouse.

"Ted loved rowing, not just for the physical and technical challenges the sport presents, but for the opportunity it gives a person to become their best selves on the water and off. He gave me close to two (2) years of coaching and I not only placed second in the world at the World Championships under his direction, but I also carry his lessons into every aspect of my life as countless other rowers coached by Ted do," said Renee Hykel Cuddy, 2008 Olympian and Penn AC Member of the Board of Trustees.

It was announced that same evening that a large celebration of Ted's life and legacy will be held at the 51st Head of the Schuylkill Regatta, October 30 & 31, dedicated to Ted A. Nash: Rower, Olympian, Coach, Mentor and Friend.

The weekend events will include dedicating in perpetuity an HOSR race in his name; commentary by rowers, including the many Olympians, who rowed with and/or were coached by Ted over his 70-years in the sport; tours of the Ted Nash Room at Penn AC, and a Saturday night reception/dinner celebration. More than 250 of Ted's friends, rowing mates, and rowers he coached from Philadelphia and around the country are expected to attend the event on the campus of the University of Pennsylvania where Ted coached from 1964 -1985.

John Chatzky, a 1980 Olympian who coxed Nash crews at Penn (Class of '78) from 1975 - 1980, and has remained a life-long friend, is chairing the Friends of Ted Nash Committee and is the organizer of the October 30th reception. According to Chatzky "Ted affected so many of our lives in a huge way and we are all fortunate to have crossed paths with him. He will remain part of us, forever." In planning the weekend's activities, the Committee's goal is to ensure that the rowing community as a whole "remember Ted, his love for our sport, the lessons he taught and his unique contribution to each of our lives."

The Friends of Ted Nash Committee keeps expanding as do the ideas for how best to celebrate Ted's life and legacy. According to Jen Wesson, executive director of the Head of the Schuylkill Regatta and a lead member of the planning committee, "the HOSR is honored to be the host of the Ted Nash memorial events. We are fortunate to be able to provide a great environment where we can incorporate many people and ideas to help celebrate Ted's life. In addition to dedicating the regatta to Ted and the celebratory Saturday night event, we will hold a short program at our Saturday, October 30 awards ceremony, welcoming all boats that rowed the Ted Nash 'alumni' category, and display photos and memorabilia that 'tell the Ted story'."

Wesson added, "The board of directors of the Regatta knows how important it is for us, as Philadelphia's largest regatta, to ensure that legends like Ted Nash are celebrated and their legacy lives on, continuing to impact future generations."

The Ranking: Women 6 to 10
Get our Newsletter!
SUBSCRIBE
Support row2k!
If you rely on row2k, please support row2k!
Advertiser Index
Advertise on row2k