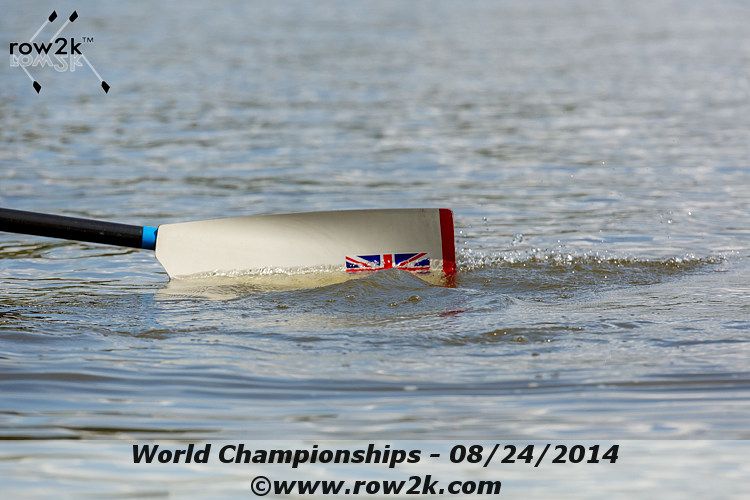 The women's and men's quadruple scull crews both recorded impressive heat wins as the GB Rowing Team made a good start to the 2015 World Junior Championships in Rio de Janeiro, Brazil.

Five British crews progressed to the semi-finals in total. Four more went into the repechages which were moved forward 24 hours due to the forecast of strong winds at the weekend.

The predicted adverse weather also means that the semi-finals will now take place on Friday and the finals on Sunday.

Sir David Tanner, GB Rowing Team Performance Director, said: ""We have had some good and solid results to put several crews into the next round and therefore into the top 12 in the world.""

The World Junior Championships are taking place on the Lagoa Rodrigo de Freitas, the spectacular venue that will host rowing at the Rio 2016 Olympic Games in exactly 12 months' time.

The first British win of the day went to the women's quad of Susannah Duncan, Kyra Edwards, Molly Harding and Anna Thornton.

Duncan and Thornton were both in the quad that won bronze last year and used their experience to help Britain quickly establish the lead before moving on to win by clear-water over France in second.

It was a similar story for the men's quad of Gavin Horsburgh, Joshua Armstrong, Sam Meijer and Chris Lawrie - the latter duo having won silver in the saame boat class a year ago.

They led strongly, came under a little pressure from Poland in the second half, before taking first place in 5:56.93.

The British crew tracked the leaders all the way to finish 13 seconds clear of third-placed Norway and comfortably secure one of the two available semi-final places.

The men's four of Tom Digby, Charlie Elwes, Luke Towers and Jonny Naylor also progressed to the semi-finals as runners-up.

They contested the lead with Austria in the opening stages but Greece put in a huge surge in the second quarter to establish control of the race.

The British four - helped by the experience of Digby and Elwes, sillver-medallists in the coxed four last year - moved away from thirrd-placed Serbia to secure the second semi-final spot.

GB's men's pair of Oscar Lindsay and Lucas Rodd finished third in their heat in a race where the top three positions were established early on, with Germany and Romania leading the way.

Lindsay and Rudd sat in third place throughout and brushed aside a late challenge from Chile to secure a semi-final place in 6:50.01.

Alex Rankin, Georgie Grant, Nuala Gannon and Megan Slabbert, in the women's four, sat second for 1700m of their heat but were pipped to a semi-final place by fast-finishing China.

The men's eight were a narrow third behind the Netherlands in a heat dominated by a strong German crew, who took the sole semi-final place.

Scott Ozsanlav-Harris and Matthew Swiss finished fifth in their men's double scull heat, putting them into the afternoon's repechages.