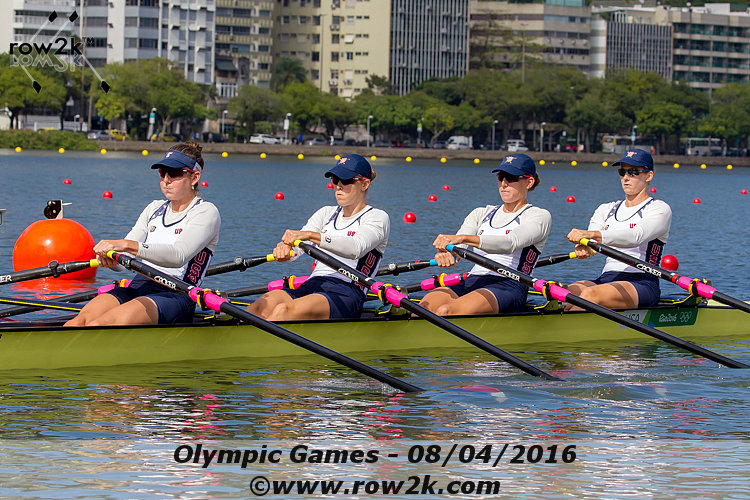 With all the pre-race training and selections behind them, the only thing left for the athletes racing at the 2016 Olympic Games to learn was who they will race in the opening heats.

And that was answered Thursday afternoon with the official regatta draw. The opening heats were arranged in every boat class, setting up the beginning of competition for Saturday.

First to race for the U.S. will be women's single sculler Gevvie Stone (Newton, Mass.). Stone, who finished seventh at the 2012 Olympic Games and has been climbing up the world ranking on the strength of several international medal performances, will open her campaign in the second of six heats. She faces Dewi Yuliawati of Indonesia, Ireland's Sanita Puspure, Fie Udby Erichsen of Denmark, Lithuania's Lina Saltyte and Amina Rouba of Argentinian. Three boats advance to the quarterfinals.

Nareg Guregian (North Hills, Calif.) and Anders Weiss (Barrington, R.I.) follow in the men's pair. They row in the first of three heats and are racing Spain, Czech Republic, Australia and South Africa. Three boats advance to the semifinals.

"This is exciting," said Guregian. "It's what we've been training for. We're just going to try and go out and have the best race we can have. I think everyone wants to do well, or else we wouldn't be here.

"We've been training hard and expecting to have a good race. But, we don't really control who our opponents are. We're just going to go out and have the best race we can have, and hopefully, it will be a good one."

Next up Saturday are Ellen Tomek (Flushing, Mich.) and Meghan O'Leary (Baton Rouge, La.) in the women's double. Tomek and O'Leary get their first chance in the second of three heats against Poland, China and Belarus. Three boats advance to the semifinals.

Finishing up the first day of racing will be the women's quadruple sculls. Adrienne Martelli (University Place, Wash.), Megan Kalmoe (St. Croix Falls, Wis.), Tracy Eisser (Fair Lawn, N.J.) and Grace Latz (Jackson, Mich.) will race in the second of two heats against Poland and Germany. One boat advances directly to the final.