Hydrow will be the Presenting Sponsor of the Intercollegiate Rowing Association (IRA) National Championship Regatta for the next three championships.

The sponsorship will provide what IRA Commissioner Gary Caldwell described as an "extremely significant" financial commitment to the IRA, as well as likely video and streaming assistance by tapping into Hydrow's growing expertise with capturing and streaming rowing in real time.

"One of the things that we spend a lot of time figuring out is how to film rowing in a way that makes it fun and interesting and engaging and immediate and personal," Hydrow Founder and CEO Bruce Smith said. "We're excited to participate in the regatta while we continue to learn and expand our ability to tell stories about rowing in a visual and compelling way.

"The technology has just exploded; there was a tipping point in 2017, 2018 that allowed Hydrow to exist, where we could actually film out on the water and transmit that experience. We want to take what we have learned and combine them with what Gary has learned to figure out how to share the story of the IRA in real time with people in a way that makes it exciting and fun."

Smith said that Hydrow's goal is not only to support the regatta, but also to share the sport with Hydrow's largely 'non-rower' user base.

"The IRA is one of the coolest sporting events in the United States with an extraordinary history," Smith said. "But 96% of our customers have not only never rowed, they've never owned an indoor rowing machine, and only 3% of our customers have ever touched an oar, and don't know the critical role that rowing played in the origin of collegiate sport in the United States.

"This is an opportunity to share that really compelling story about the history of the IRA, and also the vibrant current life of the sport, with a whole group of people in the world who have never really paid that close attention. It's sharing what we love about our sport with people who wouldn't ordinarily have access to it."

Instead of running for three calendar years, the sponsorship will apply to the next three regattas in recognition of the possible effects of COVID-19 on spring 2021 athletic competition.

Caldwell said that the sponsorship will allow the IRA to continue to adapt and be nimble during an unpredictable time for college athletics.

"Our job is to put together the best championship possible, to try and make those regattas as positive an experience for the athletes and the spectators and the families as we possibly can," Caldwell said.

Hydrow has been an IRA sponsor since the 2018 regatta; Caldwell said that discussions about extending the sponsorship accelerated when the ongoing pandemic shut down spring sports back in March.

"Over the past three years we did learn that there's some symbiosis here, and we were supposed to do a little more together this year (spring 2020)," Caldwell said. "In March, right when everything was falling apart, I called Bruce and said, 'This could be the time when you could really, really play a big part here. I want to be able to come out of the other side of the pandemic ready to go, and if there's one thing to not worry about, I don't want to worry about whether we can put the finances together to get the first regatta off.' Bruce's immediate reaction was, 'I'm in.'"

"There are a lot of people and companies that make rowing great, and Hydrow is very happy to be a part of this group as we partner with the IRA to share the remarkable story and tradition of the regatta with people new to our sport and our community," Smith said.

"By announcing this partnership now, we hope to let the collegiate rowing world know and, to a certain extent that the world at large, that we're moving forward," Caldwell said. "That is what Hydrow is helping us to do, and we're excited for the opportunity to combine resources with them and take this trip together."

Read the full release below:

CAMBRIDGE, MASS., August 17, 2020 - Hydrow , the Live Outdoor Reality™ (LOR) rower, today announced that it has been named the Presenting Sponsor of the Intercollegiate Rowing Association (IRA) National Championship, a postseason Regatta that supports the competition among top intercollegiate lightweight women's, heavyweight men's and lightweight men's rowing teams. Committed to increasing accessibility to the sport of rowing, Hydrow's sponsorship will ensure that the IRA National Championship Regatta continues to operate over the next three years, despite the severe economic challenges presented by the coronavirus pandemic.

"The coronavirus pandemic has affected sports all over the world," said Bruce Smith, CEO and Founder of Hydrow. "We have so much respect for the IRA and its prestigious history, so partnering with the regatta to support the collegiate athletes that have dedicated themselves to the sport and ensure they have an opportunity to race for national championship annually is an honor. The accountability and camaraderie formed between rowers while preparing for and competing at the IRA are the same qualities found amongst the rowing community everywhere who support each other in their daily striving to be their best - be it on the water, in the classroom, as a teammate or as a member of their family and community.

Launched in 2018, Hydrow's live and on-demand workouts from world-class athletes of diverse rowing backgrounds brings an immersive experience to living rooms around the nation. With its unparalleled Live Outdoor Reality™ (LOR) technology, Hydrow delivers an experience that emulates the feeling of rowing on the water from your home.

"I am thrilled to announce a three-year partnership with Hydrow to be presenting sponsor of the IRA National Championship Regatta, which will fund the continuity of the Regatta and add enhancements," said Gary Caldwell, IRA Commissioner. "We all feel for the collegiate rowers who lost their spring seasons and their chance to compete at a national level this year, and for those whose programs have been compromised by the fallout from the pandemic. While this partnership can't mitigate these situations, it will contribute greatly to the future stability and integrity of the National Championship Regatta. Moving forward, we hope that all the dedicated rowers committing their bodies, hearts and minds so fully to this sport, will once again have the opportunity to compete against the best crews in the country and pursue their dreams of achievement through rowing."

About the Intercollegiate Rowing Association, Inc. 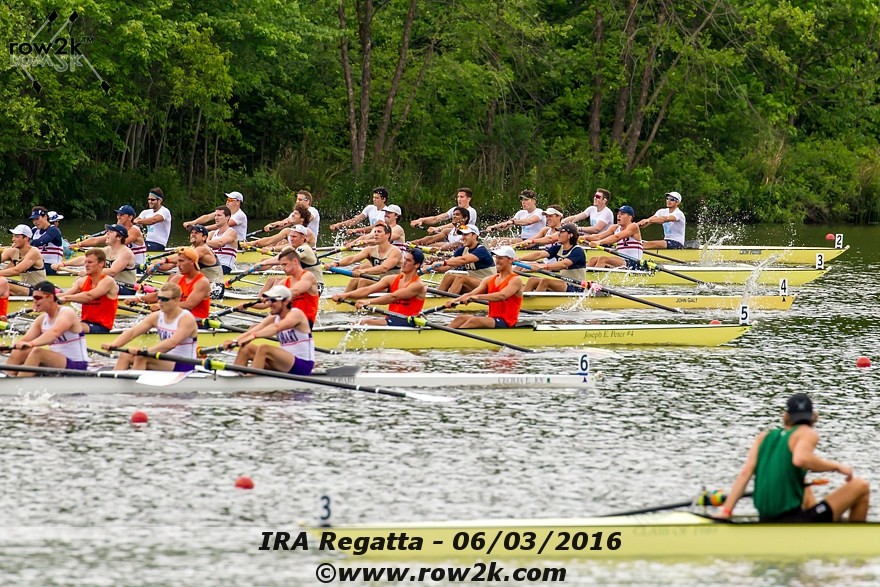