Staff Sergeant Ronald J. Shurer II was a Green Beret Combat Medic in the 3rd Special Forces Group of the United States Army. SSG. Shurer performed heroic actions in the Battle of Shok Valley in Afghanistan on April 6, 2008, where he led and protected his team against a violent, six-hour gun battle with heavily armed-insurgents. Shurer saved multiple lives that day, and not a single American was killed. Shurer was awarded the Medal of Honor for his valor and leadership on October 1, 2018.

After leaving the Army, SSG. Shurer joined the United States Secret Service where he continues to serve our country as a Special Agent on an elite Counter Assault team.

Shurer is currently battling lung cancer, and lives with his wife and two sons in northern Virginia.

Shortly after introductions were made, the crew took the SSG. Ronald J. Shurer out for a practice row on the Schuylkill River followed closely by a chase boat carrying the Shurer family. The crew performed a rare and dramatic 'fly by' of Boathouse Row in front of a cheering crowd of approximately 150.

Upon returning to the dock, a formal dedication was held with remarks by 2004 Olympic Champion and stroke of the Pan Am 8+, Jason Read, SSG. Shurer, and Men's 8+ coach, Geoff R. Bond.

Prominent members of the Boathouse Row community, including Schuylkill Navy President Bonnie Mueller, and 12-time Olympic Coach and Olympic Champion, Ted Allison Nash, OLY were in attendance. Shurer and his family poured champagne on the shell to formally christen the boat.

During this historic visit, the Shurers spent the day with the crew, toured Penn's boathouse, learned about the sport of rowing, and engaged with numerous Schuylkill Navy and Boathouse Row officials as well as meeting with more than one-hundred fifty attendees. 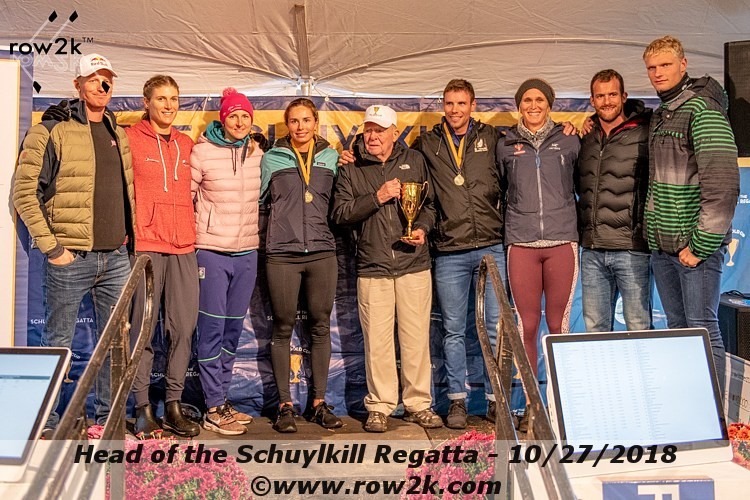