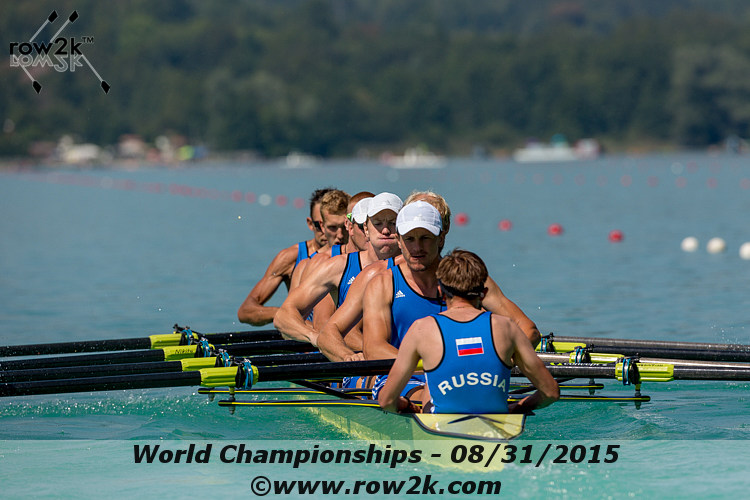 The IOC statement was issued on 24 July 2016 and all issues connected to the World Anti-doping Agency, WADA Independent Person (IP) report by Professor Richard McLaren about the anti-doping activities at Russia's Sochi Laboratory. This report also implicated actions undertaken in the WADA accredited Moscow Laboratory since 2011.

FISA has noted the IOC Executive Board’s comments that “on the basis of the findings of the IP Report, all Russian athletes seeking entry to the Olympic Games Rio 2016 are considered to be affected by a system subverting and manipulating the anti-doping system.” The Board further stated, “Under these exceptional circumstances, Russian athletes in any of the 28 Olympic summer sports have to assume the consequences of what amounts to a collective responsibility in order to protect the credibility of the Olympic competitions, and the “presumption of innocence” cannot be applied to them.”

Accordingly, in order for any Russian athlete to compete at the Games certain criteria must be met. The IOC established the following five criteria for the International Federations to use in determining whether a Russian athlete could rebut the assumption of collective responsibility and participate in the Games (criteria 2-4 addressed below, for the IOC statement, click here):

2.1 Application of the World Anti-Doping Code and other principles agreed by the Olympic Summit of 21 June 2016

FISA has and continues to strictly apply the World Anti-Doping Code, without exception and has reviewed carefully the principles declared by the Olympic Summit.

2.2 The absence of a positive national anti-doping test cannot be considered sufficient by the IFs

FISA has noted this carefully and will address it in 2.3 below.

2.3 The IFs should carry out an individual analysis of each athlete’s anti-doping record, taking into account only reliable adequate international tests.

A compete analysis of all anti-doping tests on the Russian rowers who are entered in Rio is being carried out by FISA, the Russian Rowing Federation, RUSADA and UK Anti-Doping. This will be finalised on 26 July and a final assessment will be made on 26 July. All of these tests are fully documented in the WADA online documentation tool called ADAMS. The analysis relates to tests dating from 2011 to 2016.

2.4 The IFs to examine the information contained in the IP report, including names of athletes implicated. Nobody implicated … may be accepted for entry or accreditation for the Olympic Games

FISA followed closely the release of the McLaren report on activities at the Sochi and Moscow Laboratories and the release of WADA’s recommendations on 18 July.  FISA immediately wrote to WADA on 18 July asking for the names and full details of the 11 rowers implicated in the Disappearing Positive Methodology allegations on page 41 of the McLaren report. It also followed very closely the IOC Executive Board Statement of 19 July in which specific actions were presented.

On 22 July, at 18:00 hrs, FISA received the names and details of the 11 tests on ten rowers alleged to have had their samples manipulated by the Moscow Lab and the Russian Deputy Minister of Sport. A complete analysis of this information was immediately carried out. Five rowers had their tests changed from positive to negative by the Deputy Minister of Sport while five were then reported properly as positive results. Only one of these ten is entered in the Rio Games, Ivan Balandin from the Russian Men’s eight. The IOC has confirmed that he is no longer eligible and may not be replaced.

2.5 Application of IF rules in relation to the sanctioning of entire NFs

FISA considers that it is its duty following the dramatic allegations presented in the IP Report to make an official inquiry to confirm whether there was any involvement or awareness of the acts happening in the Moscow Laboratory and the Deputy Minister of Sport by the Russian Rowing Federation. This inquiry will be launched after Rio. At this point, there are no legally sustainable grounds in the FISA Statutes or Rules to consider sanctioning of the entire NF.

3. The ROC is not allowed to enter any athlete for the Olympic Games Rio 2016 who has ever been sanctioned for doping, even if he or she has served the sanction.

FISA notes that entered rowers Anastasiia Karabelshchikova and Ivan Podshivalov were sanctioned for Anti-Doping Code rule violations in 2007/2008. They have served their bans, but the IOC Executive Board decision is that “the ROC is not allowed to enter any athlete for the Olympic Games Rio 2016 who has ever been sanctioned for doping, even if he or she has served the sanction.” Accordingly, they are not eligible for the Games.

4. The IOC will accept an entry by the ROC only if the athlete’s IF is satisfied that the evidence provided meets conditions 2 and 3 above, and if it is upheld by an expert from the CAS list of arbitrators appointed by an ICAS Member

FISA has forwarded the name of the one Russian rower who was implicated in the Disappearing Positive Methodology scheme presented in the IP McLaren report to the IOC and the names of the two entered Russian rowers who have “ever been sanctioned for doping” to the IOC for their removal from the entries.

This is the first stage of the FISA decision following the 24 July 2016 IOC Executive Board decision concerning the participation of Russian athletes in the Rio 2016 Olympic Games. The consequences of this first stage of the decision, and relating to points 2.4 and 3 above, are that:

1.    due to the ineligibility of one rower (Karabelshchikova) due to a prior doping sanction (IOC point 3), the number of remaining eligible open women rowers is seven and lightweight women rowers remains at two.

2.    due to the ineligibility of one rower in the men’s four (Podshivalov – IOC point 3) and the men’s eight (Balandin – IOC point 2.4), the number of eligible Russian open men’s sweep rowers is ten and lightweight men rowers remains at four.

The second stage of the FISA decision will rest on point 2.3 of the IOC decision, namely, “…an individual analysis of each athlete’s anti-doping record, taking into account only reliable adequate international tests.” This may result in further declarations of ineligibility and will be determined tomorrow, upon completion of a review of the final list of all tests carried out since 2011.