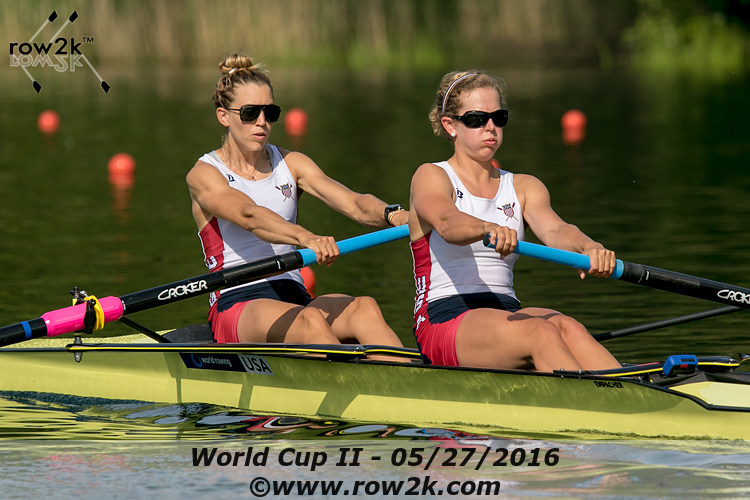 The crew earned the opportunity to represent the U.S. by virtue of its win at the 2016 National Selection Regatta in April, and by placing top four in the boat class at 2016 World Rowing Cup II in Lucerne, Switzerland last week.

"We are both thrilled," said Mueller. "I am still digesting everything that has happened and trying to process the past year. It's truly amazing. I can feel all the love and support that my family, friends and teammates share with me and I them, and know that so much of the momentum to keep going comes from them. I'm so thankful for this opportunity and the experiences that brought me here."

In the world cup final, Luczak and Mueller jumped into the lead from the start and were never out of contention for gold, crossing the line with a time of 7:06.36 for the win. New Zealand's Genevieve Behrent and Rebecca Scown took silver and USA's Eleanor Logan (Boothbay Harbor, Maine) and Meghan Musnicki (Naples, N.Y.) won bronze.

Luczak, 27, and Mueller, 26, have a history of being fast together, having won gold in the pair at the 2011 World Rowing Under 23 Championships with a world-record time.

"I have so much fun racing in the pair with Felice," said Luczak. "I am excited we have the opportunity to represent our amazing country. We're looking forward to earning more speed in the next couple of months training with our team."

Members of the 2016 U.S. Olympic Rowing Team are selected in stages, with the full roster announced by June 24. For more information about qualification, visit www.usrowing.org.