Two members of the Iowa State rowing team died in a rowing accident on Sunday morning on Little Wall Lake north of the campus, where conditions were reported as cold and windy at the time of the incident.

The Iowa State rowing program is a club crew , operating under the auspices of the university Student Organizations.

Three athletes were rescued by local residents, while the body of one of the athletes who was lost were recovered on Sunday afternoon, and the other on Monday morning using sonar search technology.

Temperatures on Sunday morning in the mid- to upper 30s, with winds reported in the 25-35 mile per hour range. The crew was apparently in a coxed four or quad, and may have been rowing without a coaching launch on the water, as local residents were cited as having tried to rescue crew members from their homes, including using kayaks.

Iowa State put out a statement on Monday; the names of the two student athletes who were lost have not been released at this time.

Little Wall Lake is located about 15 miles due north of the Iowa State campus in Ames; the lake is approximately one mile long and a kilometer across at its widest point.

We will update this article as more information becomes available.

row2k joins the rowing community in mourning the lost rowers, and will be pulling for their teammates, and all their friends and family.

The following news reports posted to the row2k In the News stack to date: 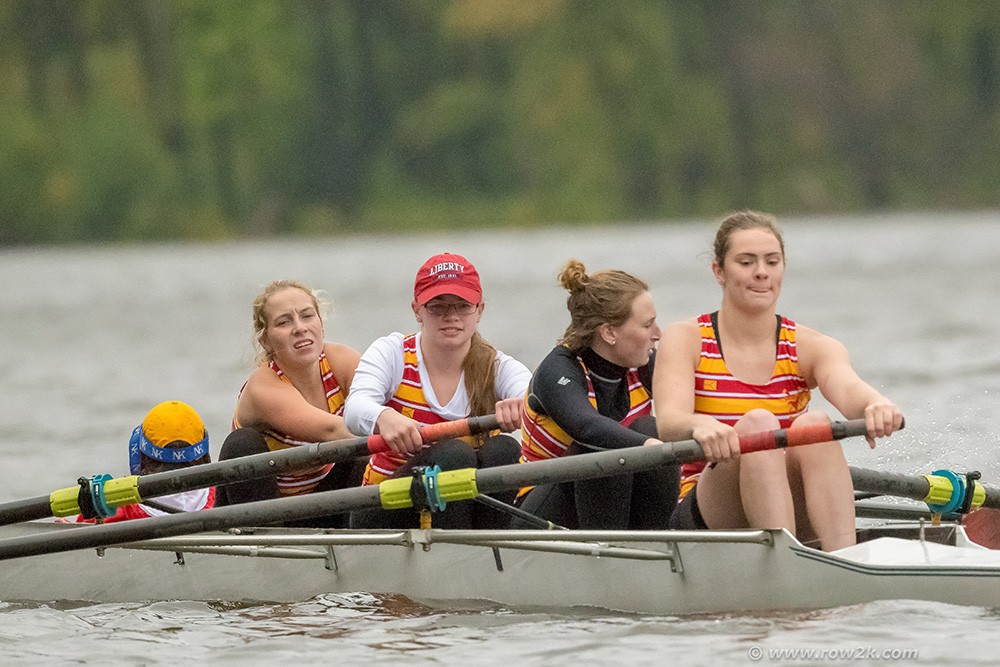 Technique Feature: Work on the Catch While Rowing the Erg
Get our Newsletter!
SUBSCRIBE
Support row2k!
If you rely on row2k, please support row2k!
Advertiser Index
Advertise on row2k