The Northwest, West Coast and national rowing communities lost an iconic figure in February when Ed Maxwell died at his home in Walla Walla, Washington on February 14.

A Northwest native son (b. Portland, OR, 1959), Ed transitioned quickly into coaching after rowing and graduating at MIT in 1982. Following brief coaching stints with Western Washington University and a regional women's lightweight crew (that qualified for FISA's world championship in 1984), Ed soon began to put his firm and clear imprint on the Seattle Parks Department's Green Lake Crew junior rowing program.

Ed's spouse, "Coach Karen," convinced Ed to make the initial foray to HOCR, and the GLC juniors' now-annual trip to Henley followed soon thereafter. Beyond GLC, Ed also coached at the Junior World Championships in France in 1990 and at the CanAmMex regatta in 2001.

Ed also coached coaches. From 1987 to 2005, he served on the USRowing Junior Men's Committee, working to evaluate and select candidates to coach the Junior Men's National Team. In 2003, he developed the presentation material used at all USRowing Level 1 and 2 clinics around the country. He was long-time head clinician for USRowing in the Northwest Region and was frequently the primary presenter and trainer at Level 2 clinics in the area. 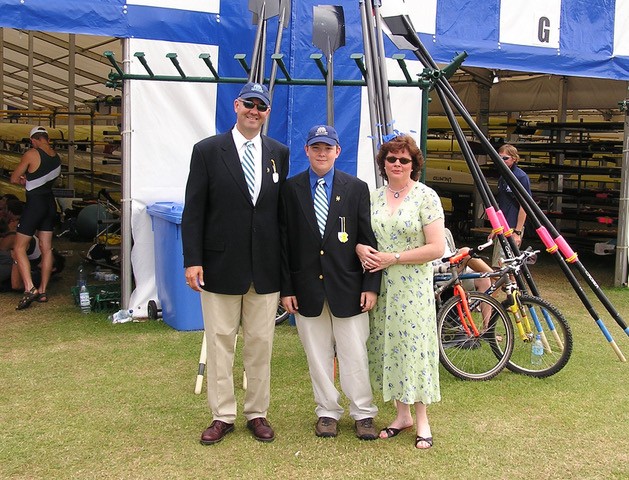 Ed with his son Andrew and wife Karen

Following his retirement from Green Lake (and Boeing) in 2017, Ed and Karen moved across the mountains to join son Andrew and enjoy life on the sunnier side of the state. Ed never kicked the rowing habit though. Upon leaving GLC, he began logging long hours and miles as the West Coast Account Manager for Vespoli USA. Ed was working at Vespoli when he passed on February 14.

Few leave a genuine legacy. In Ed's case, the hundreds of kids whom he coached, encouraged and mentored over thirty-three years constitute just that:

"Pull hard, go fast, have a good time out there!"

Donations in lieu of flowers or gifts can be made to Friends of Green Lake Crew, c/o JOYCE ZIKER PARTNERS, PLLC, 1601 Fifth Avenue, Suite 2040, Seattle, WA 98101, or at https://secure.givelively.org/donate/friends-of-green-lake-crew/in-memory-of-ed-maxwell. 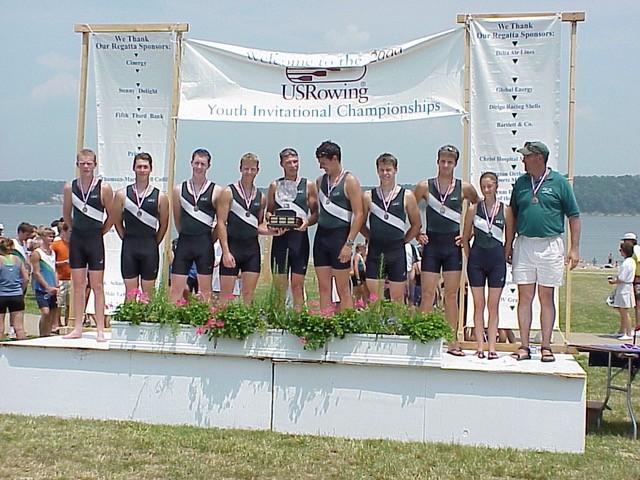