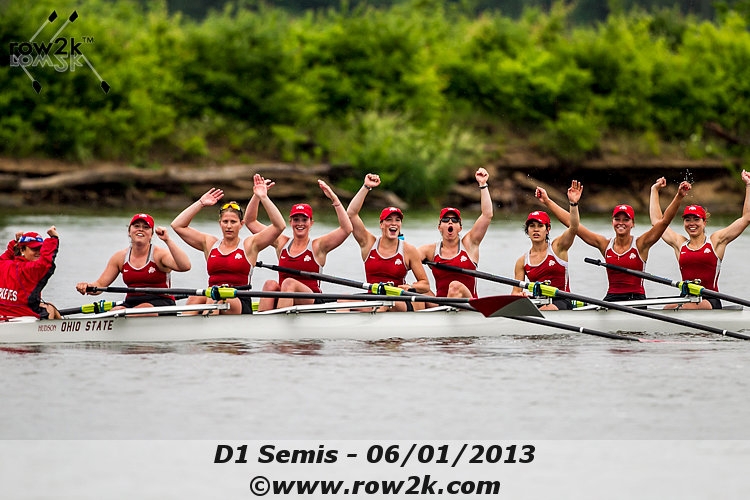 DI A/B Semifinals
In the first semi-final of the day, the Wahoos of Virginia faced down the top seeded V8 from USC. What some thought might have been an early preview of the battle for 1 & 2 in the varsity 8 tomorrow, Virginia was able to best Southern Cal in one of the more surprising results of the day. USC, who has gone the entire season undefeated (including a victory over UVA at the Crew Classic), came in second to UVA by a small patch of open water. Virginia took the early lead in the race and refused to let anyone make up any ground on them. By time Virginia crossed the finish line, they were able to generate a few seats of open water over second place Southern Cal. The showdown tomorrow should be an epic battle since all of the chips are on the table.

Excellent racing continued for the second heat to varsity 8 semifinal. Going into the last 500 it looked as though Ohio State, Princeton, and Washington were clearly into the final. Sensing their opportunity to make the A final was slipping away, Yale started a gutsy sprint to catch up to the main pack. Unfortunately for Yale, it was a little to late. Yale crossed the finish line with less than a bow deck (.4 seconds) behind Washington.

By the end of the A/B semi-finals, a team accomplished a feat that to my memory, has never happened before. The Ohio State Buckeyes were able to win, not only their semi in the Varsity 8, but in the 2V8 and V4. It appears as though coach Teitelbaum has his team in a great position for tomorrow’s finals. Could this finally be Ohio State’s first national championship run? We will find out tomorrow, but despite what happens, Ohio State's semis hat trick today was truly impressive.

As we head into tomorrows grand finals, the battle for team supremacy is really up for grabs, although only Ohio State and USC have all three boats in the finals, so really have a leg up on the ranks. Virginia has hopes to make it two in a row, however after just missing out on the grand finals in the 2V8, this will be a daunting task. Ohio State looks poised to win their programs first national championship after winning all 3 of their semis, but remember that yesterday USC won all three of their heats, and was the favorite coming into the weekend, and the Trojans are not going to make anything easy for anyone. It’s been one crazy weekend in Indianapolis and if the past two days have been any indication, tomorrow is shaping up to be quite a ride.

C/D Semifinals
After cruising through the A/B semifinals and the DII reps, everything looked on the up and up from the finish line. It FINALLY stopped raining and the referees were sending down crews on ~5 minute centers without issue. Mid-way through the C/D semi finals, “Windy Indy” made its unfortunate return. Mid-way down the course, during the DI 2V8 C/D semifinal, spectators went from watching a rowing race to a swim meet. Not one, but two boats swamped so badly that one shell limped home, and the other swamped completely, and the regatta was canceled for the rest of the day. Oklahoma and Wisconsin, two programs who row on bodies of water that are known to have less than idea conditions, were unable to stay afloat. Lets just be thankful no one was injured and it wasn’t the middle of December. I would almost call this a surprising turn of events however at this point, one would believe anything is possible at this regatta.

"During today's NCAA Division I Rowing Championships, heavy winds caused two boats to take on water and not finish the II Eights C/D semi-finals, resulting in the referees having to rule the race as not official. To ensure student-athlete safety, all racing has been postponed for Saturday and is rescheduled for Sunday, including a re-running of the race deemed unofficial."

Anne McCoy, chair of the NCAA Division I Rowing Committee 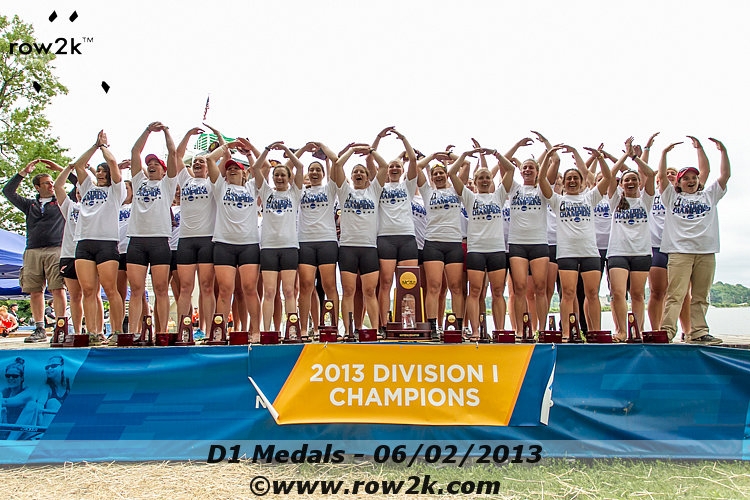 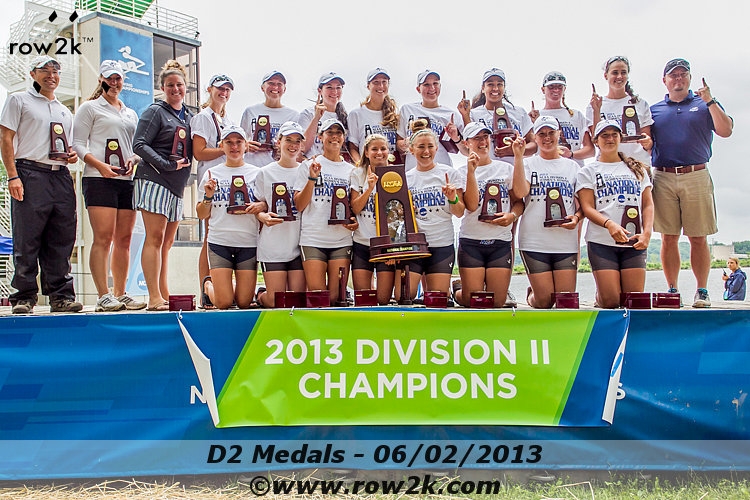 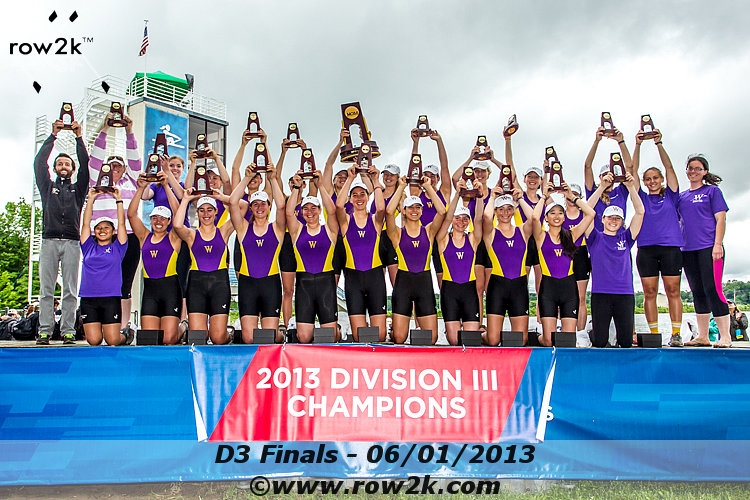 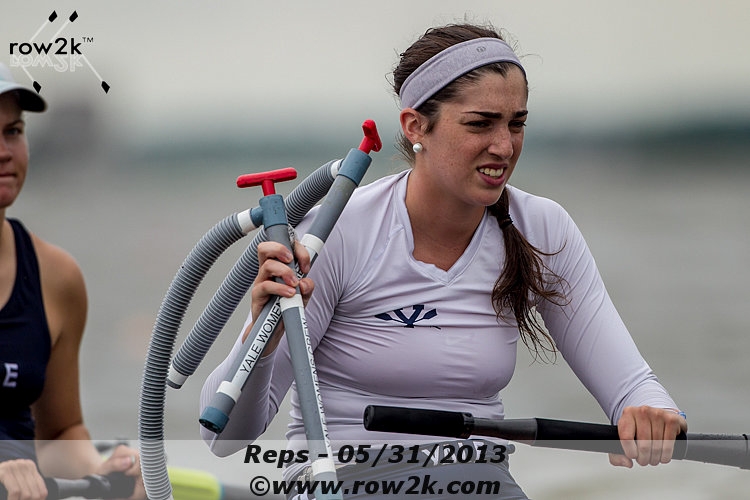