When they were teens growing up together in Whakatane, a small costal town on the North Island of New Zealand, the Jenkins brothers dominated the junior sculling scene, which was not an easy feat given that there was only the three of them available for training most of the time.

There were just not a lot of other guys in Whakatane to row with.

So, they rowed in doubles and singles, and when they could find a fourth person to join in, they rowed a quad. There was one local kid from their high school occasionally, then a German exchange student, and then when he got tired of just driving them and going to work really, really early, it was their father, Mark.

It was a family affair of the rowing kind, supported then - and still - by both their father and their mother, Mia. But supporting them all now is not as easy as it once was, not because they are not still rowing, but because all three are rowing in different US colleges.

And this week they are all rowing in the IRA Championships, each one - Lenny, and twins Finn and Elliott - in different, and highly competitive, varsity eights.

All three crews made the final at Eastern Sprints, and Friday morning, Lenny and Elliott were in the same heat at the IRA. Yale won and BU finished second to advance to the semifinal. Finn advanced into the semifinal with Brown.

Saturday Finn and Lenny race in the same semi. Potentially all three will row in the final on Sunday.

Confusing? Maybe to some, but not to Lenny, Finn and Elliott.

They have been racing together and against each other since they started rowing and all three couldn’t be happier that they are sharing the experience together.

It all started with Lenny. He was the first to be recruited and move to the US. He set the stage and was the beacon that Finn and Elliott followed. Lenny said he encouraged his brothers to explore US collegiate opportunities, but since Finn and Elliott were undefeated as juniors, and US colleges scout in New Zealand fairly often, it did not take a lot of convincing.

It may be hard to follow the story along, as the brothers told it yesterday, but it is worth the try.

"It's pretty cool," said Elliott. "Rowing was kind of a family sport our whole life. Mum and Dad didn't row, well Dad sort of did in high school a little bit, but me, Finn and Lenny always did. It would always be just us three, and then one other person we would pick up from high school. One time we had a German exchange student come over that rowed with us."

Being so close together - BU and the Providence, Rhode Island Brown University campus are about 50 miles apart, and it's not hard to get back and forth, so the twins visit each other a few times a month, sometimes every other weekend. 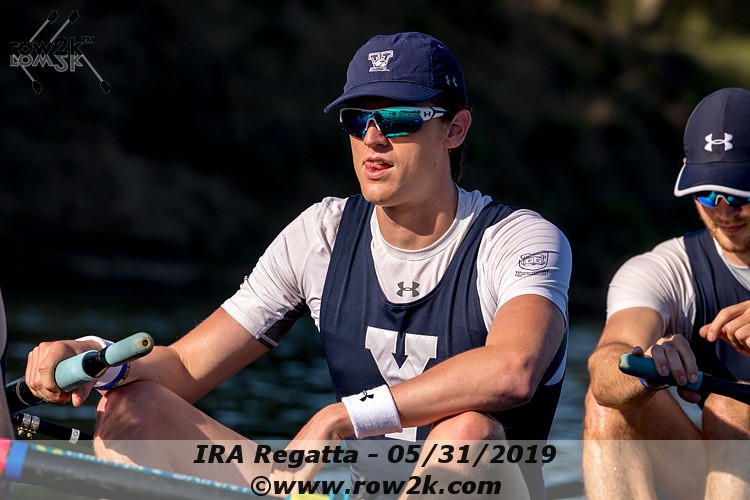 Lenny, is further away in New Haven, Connecticut, but still manages to see his siblings. "You have to balance (visiting) with all the crew stuff as well" said Lenny, "making sure to not make my team feel like I'm not focused, running off to check on my brothers. But at the same time, making them feel like they are really important, which they are. Family is the most important thing."

During the spring racing season, it gets easier for the brothers to see each other, even if it is on the water in competing boats.

"It's pretty funny," Finn said. "I think my parents especially enjoy it. When they come over, they get to see some of the highest rowing in the world in eights, with three of their boys in there. It's pretty special.

"But it is weird because obviously, we trained and raced together for six or seven years, all in the same boat, and now we are rowing against each other. It's for sure a different feeling, it's a competitive feeling. But it is also a proud feeling knowing we are all in this together."

Like brothers - and highly competitive brothers at that - racing against each other can get personal, but on a brotherly level, they all say. And there is always a certain amount of needling, (or "sledging" as the boys say using the New Zealand slang for giving each other a friendly hard time) that goes with that.

"It gives you a little bit more of a spark to push against them," said Elliott. "I hate losing, and I hate losing to my brothers as well. My crew tries to feed off me a little bit by saying, don't let your brothers go. It was always a pretty competitive household, we were always looking to win, especially against each other."

But mostly it is all in fun. They have a sense of how far to take the ribbing. "It's great because the rivalry has always been there," explained Lenny.

"I got a chance to race with them in high school, and that was pretty special, and now that they are over here it's awesome. We get to spend time around each other some of the times, and we all have great schools to go to."

There is no mistaking the pride each has for the other and, they bring up the other's accomplishments in conversation:

"Did Elliott and Finn tell you they were undefeated in every category they raced in, U15, U16, U17, U18? They were unstoppable," Lenny said.

But with Lenny being the oldest, and rowing in the most successful crew of the three of them, Finn and Elliott look up to Lenny, or at least they are a little more nervous when they race him. 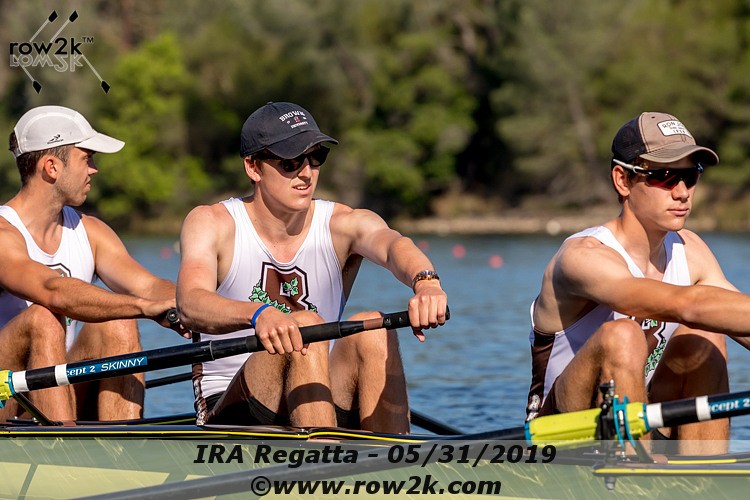 "I'm not taking Elliot or BU down, when I say this," Finn said. "But when I look over at Lenny, and I feel super intimidated with Yale being so strong.

"I definitely feel quite nervous when I see Lenny next to me. There is more of a competitive edge between us and Yale, it's hard to explain. I'm just not as uncomfortable when I see Elliot."

And sometimes, Lenny said, it can get awkward. Like earlier this year during the dual season and Lenny's Yale crew beat Finn's Brown crew while their parents were visiting.

"We're as tactful as can, be especially since I have taken a few of their shirts," Lenny explained. "Finn was in seven seat for a while, and I took his shirt at the Brown race in front of my parents. But, during the race, we don't really think about each other too much.

"I think we all three of us have done a lot of racing at this point, and we know how to compartmentalize different emotions. We always say hi to each other before the racing and it is always amicable after the race.

"We maybe give each other a wave in the warm up lane, then just get to it, and keep your head in your own boat, and try and kill each other."

But, they each stress, it really is all in fun. Family fun.

And if there is one thing they wholly agree on, it is the deep sense of family they share, their accomplishments, and the strength that comes from the love and support they get from their parents.

"It's all because of our parents that we managed to get over here," said Lenny. "We're really grateful to Mum and Dad. They've supported us through all of this, with us being at different universities. It must be tough for them, and it is awesome to have the love and support from them that we do regardless of who wins and who does well."

Simple and Familiar Doesn’t Change With the Job Title