That was pretty much the way things went on the first day of racing at the 2019 IRA Championships Friday morning. On a day that started and ended with fair and sunny conditions across all lanes, the top seeded varsity eights advanced from the heats and into the Saturday semifinals.

There were no upsets, and no crews rowing an unexpected piece that would be talked about the rest of the way, or maybe longer. It was just a day of athletes doing exactly what they needed to do to set themselves up for a medal run in the Sunday final.

And of the top seeded teams, each one performed exactly the way they were expected. They started fast, established a lead, and kept it. Yale, Washington, California and Harvard were all the top seeds in the heats of the varsity eights, and all four cruised to the finish line.

Of the official times, Washington was the fastest. But times being relative to the day and situation, they will not mean much when Saturday morning comes, when pairs of those same top crews will race each other in the semifinals.

Saturday, it will all become more intense, and there will be no shutting down to conserve energy, the way Yale was able to do in their heat.

"We went out and executed what we said we were going to do, and then we took it down and conserved energy for what we need to do tomorrow, and in the final," said Yale senior Charlie Elwes.

"I never go into a race thinking we are the crew to beat, we're always on the offensive, and in a heat like this you always have to expect to do a full 2k," Elwes said. "We went out there expecting to do a full 2k, and expecting the crews to push us all the way to the finish line.

"Now it's all about recovery, relaxing and chilling out, getting the heart rate low and then start prepping for tomorrow."

Washington's Ben Davison had pretty much the same take, as he and his squad made their way off the venue to catch a little rest, recover, and head back for an afternoon row.

"It was a good race, we were working on some different things, so it was good to get out there and blow the cobwebs out. It's definitely good competition and it's good to see the teams from the East.

"We're trying to learn from each piece," Davison said. "We learned from this one, and we'll learn from tomorrow."

Among the top seeded teams, only Harvard had a crew - the varsity four - that needed to row in the afternoon reps to advance. They did.

And of the teams that did not qualify varsity eights directly to the Saturday semifinal, Syracuse, Cornell, Dartmouth and Stanford advanced from the reps. 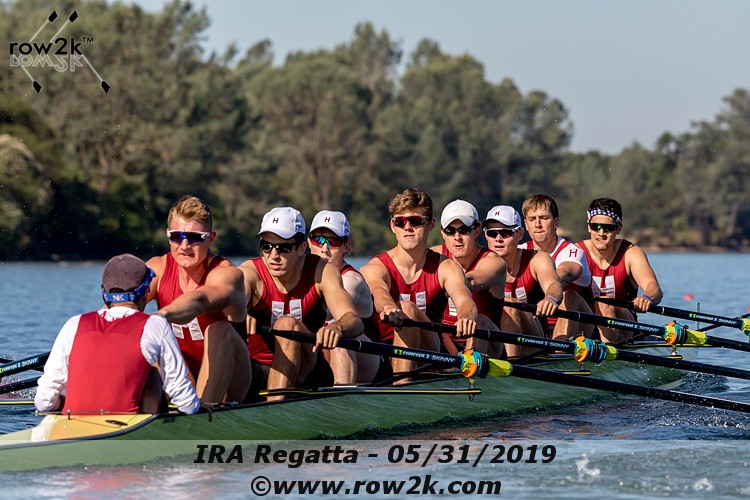 "The conditions are great, and everybody performed well," said coach Charlie Butt. "We got it going, we kept it going, and that is as much as you can expect. Things are moving pretty much to form as far as I can tell."

"I think the guys raced really well, it was a good first race and there is lots to build on. With some new lineups, today was going to be a good confidence builder, and I think guys executed really well."

Tomorrow morning that confidence will come in handy.

When the semifinal lane assignments were posted after the afternoon session ended, Yale, Cal, Brown, Northeastern, Stanford and Cornell were placed in the first semi. Yale and Cal are next to each other.

In the second semi, Harvard and Washington are next to each other and lined up against BU, Princeton, Syracuse and Dartmouth.

"There are bigger races to come tomorrow, for sure," Frandsen said. 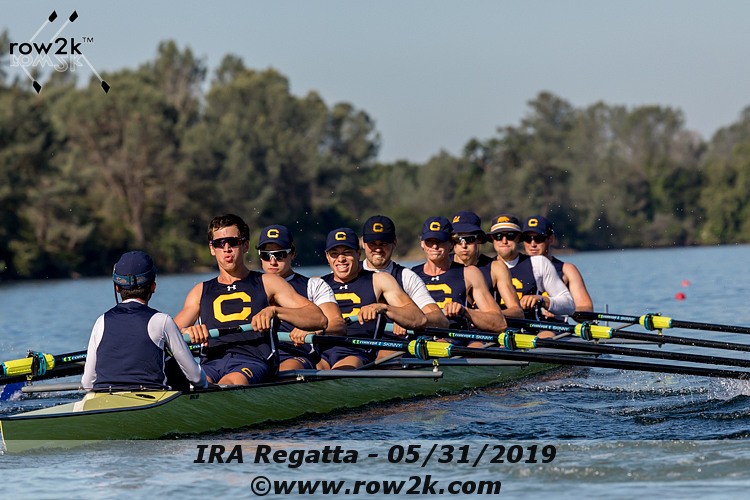 Of all the racing that took place Friday, the only final lineups that were settled, were the lightweight men's crews.

Cornell, Princeton, Columbia, Yale, Penn and Navy all advanced into the Sunday final, leaving Harvard and Georgetown the petite.

In the straight four, Navy, Penn, Cornell, Columbia, Princeton and Georgetown advanced to the medal round. And in the lightweight coxed fours, it was Navy, Dartmouth, Harvard, Penn, Mercyhurst and Princeton to the final.

In terms of lightweight eight times rowed - it was close all the way across in both heats. And that means the norm for this season in the lightweight sprints league stands. Sunday is anybody's race. 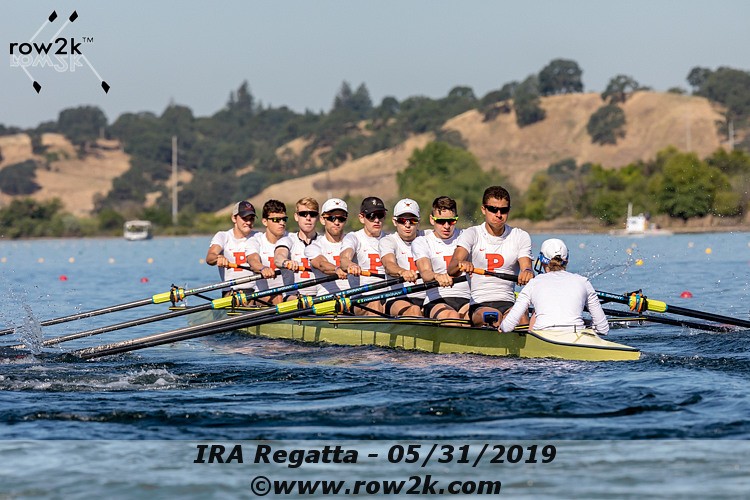 "It was a good race, I think with two days between the heat and the final, it's great to be able to go through all the stages of the race, and I think they were all pretty much according to plan," said Princeton coach Marty Crotty.

"We expected a see-saw race like we had. We certainly expected all those crews to be there. It's always nice to come out in front of that.

"We feel good about where we are for now," Crotty said. "But I think standing here, right now, it's almost the same scenario as lunch time at sprints. It's anybody's race, nobody's got better odds than anybody else. The same type of thing that happened at sprints."

Like Crotty, Yale coach Andy Card was happy with the way his varsity lightweight eight rowed in their heat, except for having Cornell come through them.

"We liked it, except for the end, but we'll probably do the same thing," he said. "That doesn't mean get rowed through, but we'll start out hard, because if you don't start out hard things might not go your way.

"It was exciting racing. Nobody knows what's going to happen (in the final), but isn't that what racing is all about. I like my team, and we're looking forward to the racing that's for sure. I wish people would pay more attention our league, it's really exciting." 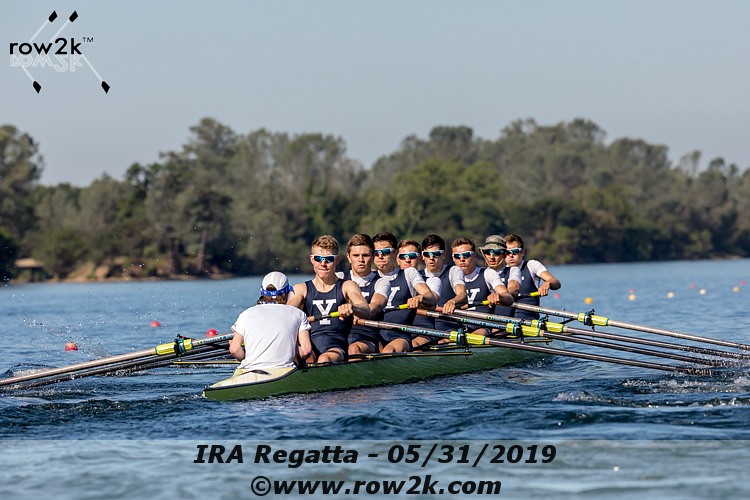 Simple and Familiar Doesn’t Change With the Job Title