The idea that Yale would have to row for a national championship without senior captain Robert Hurn would have been unthinkable just three weeks ago.

Hurn, a four-year first varsity veteran, had been in the 1V for 19 of 20 dual races and was a two-time Sprints champion. But just after Yale won Sprints for the third consecutive time, Hurn went to coach Steve Gladstone and told him he was not well.

He was sick, had a fever and said he had basically rowed Sprints on an empty tank. "I told him he had to get to student health," Gladstone said. When he next talked to Gladstone, it was to report that he had Mononucleosis, and his season was over.

Freshman Jonathan Winter was moved into Hurn's spot in two-seat and Hurn was left home to begin recovery. Saturday night, after Yale had qualified for the final in the IRA Championship on Lake Natoma, Hurn wrote his teams an email.

And if Hurn's not being there was not enough of a rallying motivation, his email reached deep into the hearts of his teammates. "We didn't just row this race to win," said senior Nate Goodman, we rowed it for the one guy who could not be with us. Yale then went to the line Sunday, took a lead in the final and held it to claim the 2017 championship.

"It was the most emotional thing I have ever read and it really touched everyone on the team," Gladstone said. Just after Yale had been crowned the 2017 IRA varsity eight champs, Gladstone called Hurn. "This was for you," he told him and got permission share the email with row2k.

This is what he sent:

Yale men, No motivational words are needed from me, you guys are killing it over there and tomorrow you will go out and do what you love doing most. I have just 3 quick pieces of advice I thought I would share with you going into tomorrow.

1. Take it. You have the speed, you have the stamina, but no one will give it to you. Go out there and take it. 2. Enjoy it. From the first stroke to the last. Enjoy the feeling of a fast boat and the knowledge that you are surrounded by your best mates who will never let you down. 3. Believe. Life's battles don't always go to the stronger or faster man. Sooner or later the man who wins is the one who thinks he can.

No miracles or superhuman efforts are needed tomorrow, just ice cold aggressive and ruthless execution of what you already know you are capable of. I'll be riding with you in spirit for all 2000 meters. 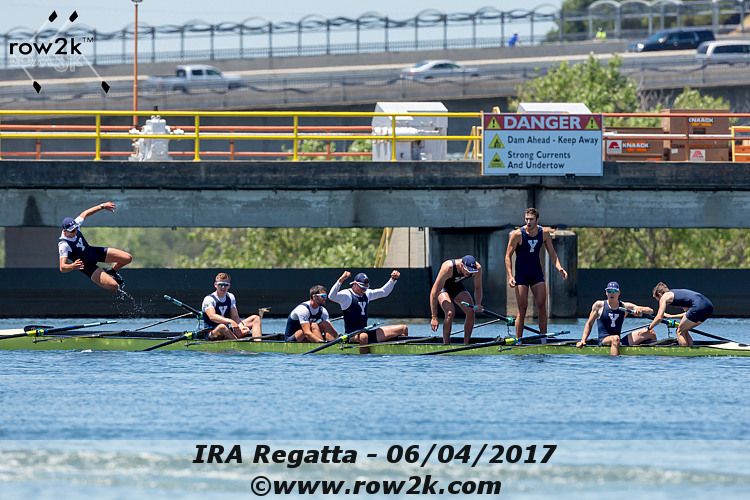