2018
Overview Features Photos Video News ☰
Head Of The Charles Regatta > 2018 > Features
The Armada Behind the Armada at the Head of the Charles
October 20, 2018
Ed Moran, row2k.com

Volunteers and officials getting ready at MIT

It was still dark when Nick Lloyd stepped out onto the deck at the Cambridge Boat House to have a look at the conditions on the Charles River.

The weather forecasts were calling for something slightly colder and maybe slightly faster than the gentle warm breezes that greeted Lloyd, who has overseen race operations for the Head of the Charles Regatta for the last 14 years.

Lloyd has been involved in the Boston fall classic and largest fall head race in the world since the 1990s, when he was still in high school. And the weather Saturday morning, two hours before the first race of the weekend was looking like it would cooperate - which is not always the case.

"The wind is out of the South West right now, so it's warm. It's supposed to change for tomorrow. So, we'll see."

And with that said, Lloyd loaded his launch with the rest of his race operations crew based out of race HQ and set off for a tour or the course and to meet the small army of volunteers and officials that were massing on launches at the MIT Boathouse, just below the Mass Ave Bridge in the area of the Charles called the Basin, where winds can really cause problems. 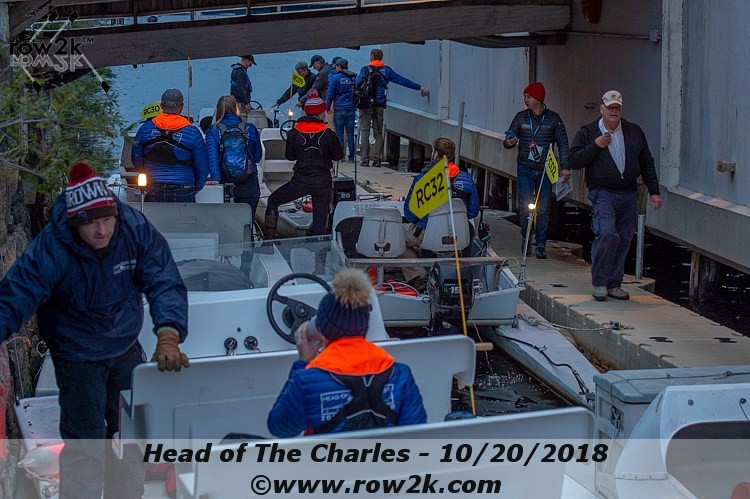 Lining up the launches

Once on the dock at MIT, Lloyd went about the business of watching a well-oiled operation just run the way it's supposed to. Which is no small undertaking considering the numbers on his details list, and the numbers of volunteers in the crew.

"One of the great things about the Head of the Charles is we have such a large number of returning volunteers, both day of, and year-round, and here at MIT we have three operations group," Lloyd said. 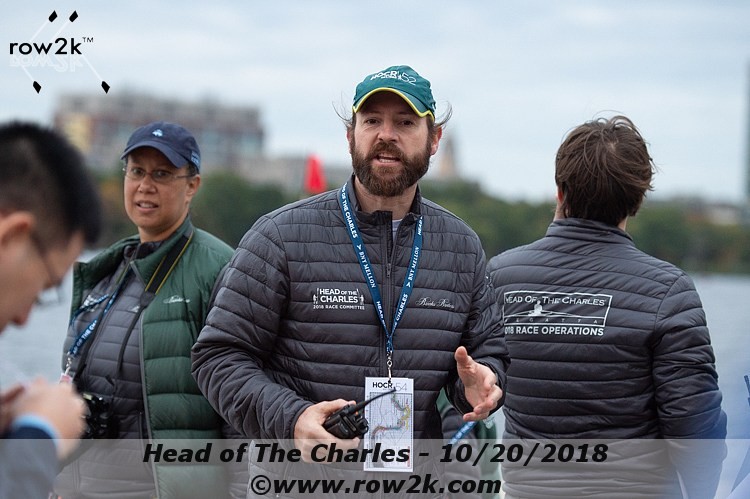 "We've got a launches crew that gets all of the launches set, we have the river control team, which is the marshaling and referees, and we have the First Aid crew which is life guards and safety launches.

"The folks here now, they just have great experience, they have great teamwork and they have great passion for helping to make one of the biggest two-day regattas in the world go off without a hitch."

Even when the wind is not a warm breeze out of the South West.

"The biggest glitch for us, really, is just the weather forecast and just making sure that we are ready when things aren't great. A two years ago we had some very strong winds, a head wind in the river basin. That means the crews that are warming up, and end up down here near MIT, not only do they have a thousand meters to go to the start line, they have a thousand meters to go through heavy swells.

"So, we made a shift," he said. "We met that morning and discussed if we needed to go to a short course, but they crew here said, we can do this, and we moved the entire warmup area upstream of the BU Bridge. And we made it work on the fly.

"They had an idea of what would work. They were thinking on their feet," he said. "There is a plan, it's not always thinking on your feet, but it's knowing what the plans are, and then being able to adjust as conditions require." 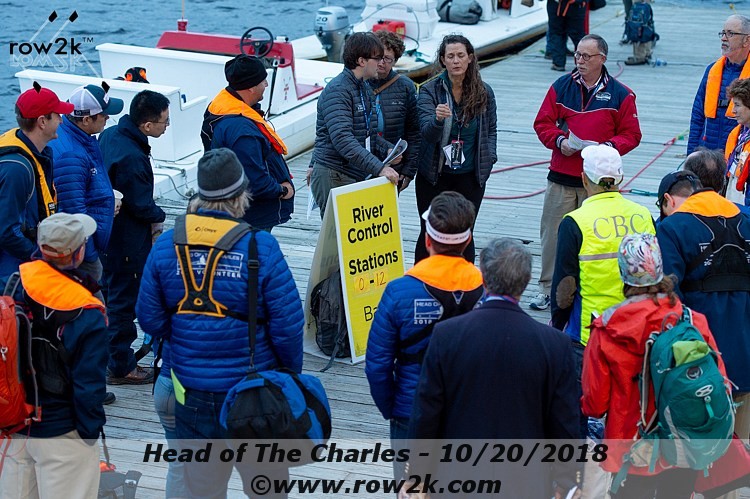