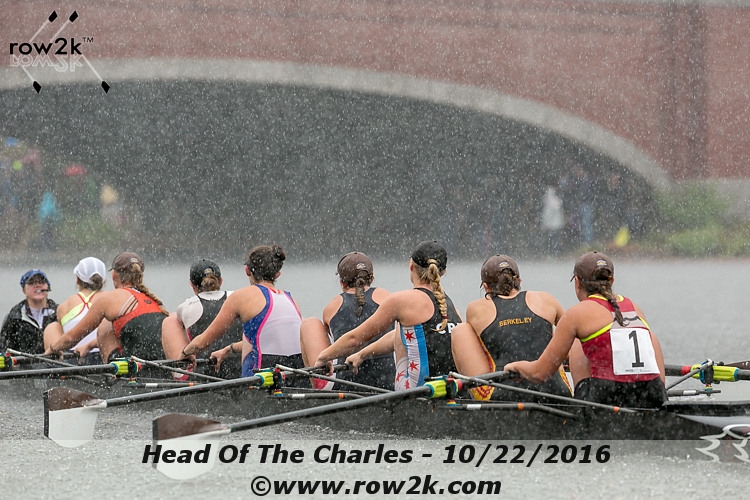 Rowing (and winning) in the rain, for the Brown University women

The epic rainstorm that blew up midway through the club eights this afternoon during HOCR 52 was probably not the biggest story today, but it's the one most people will remember, whew. That said, the rowers and scullers didn't seem to mind, as athletes of all ages took to the course and even generated an improbable course record in the tough conditions.

Saturday traditionally belongs to the Masters, Club, Alumni and the Championship sculling events, and in a lot of ways, it's the essence of the regatta: a great cross-section of the rowing world, with the regatta's oldest competitors taking to the water in the AM, and some of the youngest finishing the day in the Parent/Child double.

Masters: It's About How You Feel, and That Rocks
For the Masters rowers, it's more of how you feel than how hard you train. "That's a fun part of it for me, is trying to get a little bit more efficient," said Cascadilla's Tim Willsallen, who won the Men's Veteran (60+) single today. "I'm starting to think of it as equivalent to heart health. I'm 61, and I've got a 50-year-old heart or something. What's your rowing age, you know." 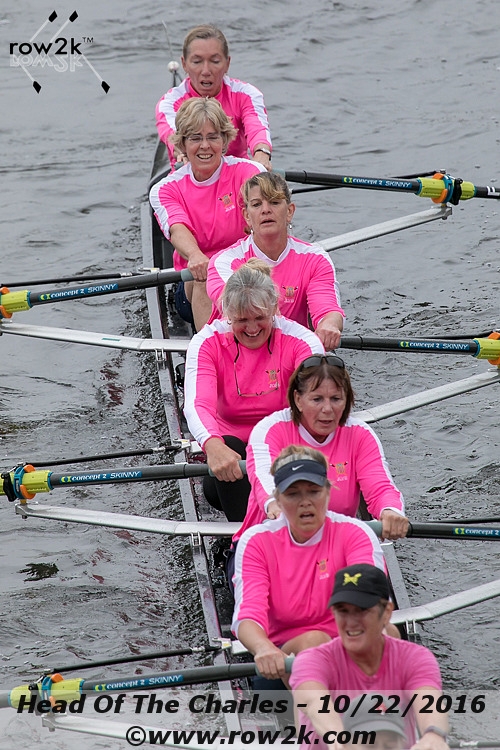 Masters rowers, like the Etats Unis crew, cherish the competiton.

That's not to suggest that the racing doesn't bring out the competitive fire in folks; a case in point was the "Etats Unis" entry in the Women's Senior Masters (50+) eights, a boat filled with former US and Canadian Olympians. "We decided, as the bodies age, the egos never do," said coxswain Holly Hatton. "It was really funny, because when we were getting ready to go out, Carol Brown is looking over at the other two seats. 'I can take her on. I can take her on. It never dies! I love it. It's another seat race."

"I think the intensity of our connection is the new thing every year," added crew member and former US National teamer Jennie Marshall. "We've all gone through having babies or raising families or going through a crisis or difficulty, but the one consistent thing, and that becomes more and more precious, is the third weekend of October with each other. It rocks. And this makes it all that much better."

The Weaponization of the Collegiate Alum Eights
The weaponization of the collegiate alumni eights continues apace, with recent Olympians helping their Alma mater reach the podium today. Princeton's Fat Cat women's entry pulled off a stunner in this department, beating out a Michigan entry that contained three Rio Olympians and an Olympic coach.

"I think a lot of people had some unfinished business from their college careers that they wanted to settle today," said Princeton alum Kelly Pierce. "I think everyone in the boat knew this was going to be a unique opportunity to go out there and punch some holes in the course. I got in the boat and I was thinking, 'this feels better than some boats I've rowed, even when I was in college.' I think everything just came together."

In the Men's Alumni Eight, 2012 Olympian Tom Peszek anchored a strong group of Wolverines that pulled out the win ahead of crews from Northeastern and Cornell. Peszek reflected on the pride that the Michigan men, which operate as a club program, bring to racing against alums of Varsity teams. "That's a big thing for us," said Pezsek. "Especially nowadays, our guys don't get a lot challenges to take shots at varsity programs, so even after the fact we love to go stick our nose out in there and remind people that we can actually sometimes row a boat. So, it's fun."

Penn's win in the Women's Club Four is Penn's first women's win at the HOCR since 1978; Penn assistant coach Libby Peters reflected on the squad goals that resulted in the win. "I'm really excited for the girls in the crew, but also the whole program," said Peters. "I think that the team has gotten much more competitive, and I think that our main focus has really been internal on improving, and today was just a reflection of how well that process has worked for the team. One of the things that I've seen change the most is how good of teammates they are to each other and how much they support each other all the way through the program, and I think that that's made a big difference."

Harvard assistant coach Pat LaPage had similar sentiments about his crew's 34-second win. "The crew is five guys from the third and fourth boat last year, and then three freshmen," said LaPage. "We threw the crew together on Monday, we had some good training and some bad training, and they managed to put together a good piece on the day. There's a lot of value to having guys in a lineup for a week, rather than mixing things around, and they obviously came together pretty well and raced." 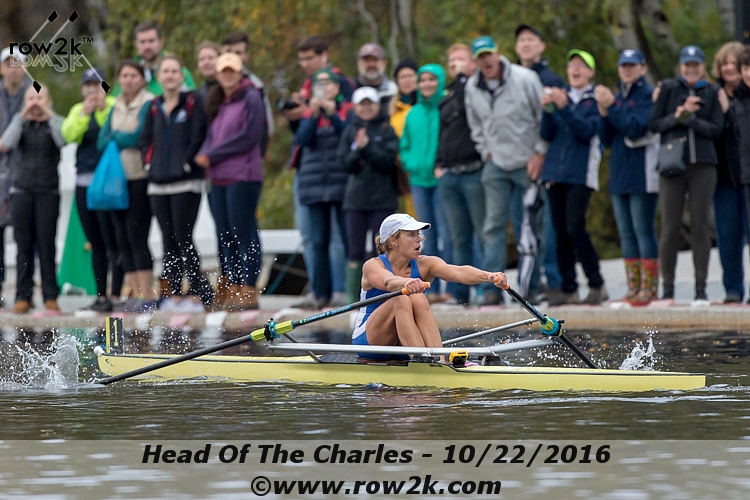 Champ Scullers Chew on the Headwinds
The Champ Singles and Doubles ran into the teeth of some of the worst winds in the afternoon, but that didn't stop Gevvie Stone from capturing her eighth overall HOCR Champ women's singles title today, by a whopping 40 seconds ahead of SoCal's Stesha Carle, who ran over a horde of Rio Olympians enroute to second place. Norway's Kjetil Borch took a narrow win ahead of John Graves; read our interview with Kjetil Borch and Ireland's O'Donovan brothers here.

In the Men's Champ Doubles, Penn AC's Justin Keen and Erik Frid came from way back in the field to finish just ahead of two Olympian-studded entries (including the Mahe Drysdale/Olaf Tufte combination) and claim the upset win. On the women's side, the down-under entry of Olympic Single sculls champ Kim Brennan and Kiwi Emma Twigg took the win.

With so many of the elite scullers doubling into the various Great Eights tomorrow (and even a few quads to boot), the small boat events almost seem like warm-up races, yeesh.

For tomorrow's racing, better buckle up; eastern MA is under a wind advisory through Sunday. 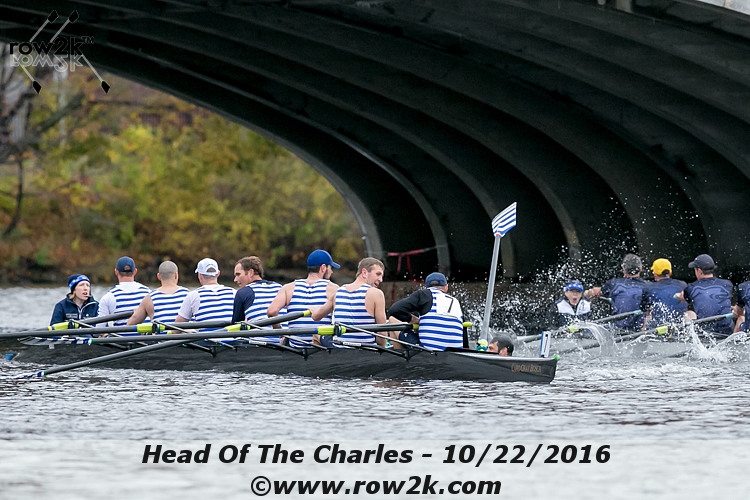