Of course, it's any seat, any boat, any time, and anyone's race, but here are a look at some of the possible event favorites and crowd favorites alike.

EIGHTS
Championship Eight Men
University of California and University of Washington will lead the field in what is sure to be a close battle for this year’s title. Germany’s gold medal U23 boat will be starting in the fifth position and could challenge the two west coast crews. Look for Syracuse University (bow 28), returning to the Head Of The Charles after a long absence and University of Wisconsin, from the back of the pack, to challenge.

Championship Eight Women
With no International crews competing in this year’s race, the Women’s Champ Eight will be a collegiate showdown. Expect strong performances from Yale, University of Washington and University of Virginia with bow numbers 1, 2, and 4, respectively.

Championship Four Men
Camp Randall leads the way after a silver medal finish in last year’s Regatta. They will be chased by Harvard University, USRowing – comprised of National team athletes not attending the World Championships – and University of California Berkeley.

Club Eight Women
Last year’s winner, University of Virginia is not boating a crew for this year’s race, leaving the title up for grabs. Yale will lead the pack with the University of Alabama (bow 2) and Austin Rowing Club (bow 3) close behind. Riverside Boat Club hasn’t won since 2003 and will likely be a local threat from the back of the pack (bow 24).

Club Four Men
Notre Dame University (bow 1), will hope to hold off local crew and 2008 champions Riverside Boat Club (bow 2), and Union Boat Club (bow 4). Look for a variety of club, alumni, and collegiate rowers from all over the world in this event-division.

Collegiate Eight Men
2009 gold medalists - and frequent sight on the Charles River - Williams College will once again face a tough challenge from last year’s runner up Trinity College. Trinity finished less than 2 seconds behind Williams in 2009 so expect a barn burner of a race between these skilled rivals. Grand Valley (bow 3) could chase down the Northeast powerhouses.

Collegiate Eight Women
The big question of this race is not only who will win, but how many of the medalists will be Williams rowers. Last year’s winner Grand Valley State is a late move to the Women’s Championship Eight leaving second AND third place finishers Williams College starting off the event in bow positions 2 and 3. Based on recent results, Bates College (bow 9) could also be in medal contention.

Collegiate Four Women
Trinity College will lead a diverse field of medal contenders including the University of Chicago (bow 2) and Marquette University (bow 3). Kansas University and Oklahoma City University also made long trips for a chance to take home a Head Of The Charles medal.

Lightweight Eight Men
The 2010 gold medal will likely be awarded to one of the many strong college crews entered in this year’s race. Last year’s winner New York Athletic Club will start with bow 1 but expect to see a challenge from a strong Princeton crew in the second position. The U.S. Naval Academy (bow 3) and Harvard University (bow 4) will also be strong medal contenders. Also of note is bow 16, Tohoku University from Japan.

Lightweight Eight Women
Lightweight powerhouse, University of Wisconsin, will be looking to add another win to their impressive record. 2009 IRA Champion Stanford University will be a big threat from the middle of the pack (bow 7).

Lightweight Four Men
The late World Rowing Championship calendar will make 2010 the year of collegiate rowing, especially in the lightweight men’s four. Don Rowing Club will lead a field of wildcard-club boats from Riverside Boat Club (bow 2) and New York Athletic Club (bow 3) close behind. Expect a strong race from Yale University (bow 4). Also of note is bow 16, the Iraqi National Team, making their first appearance at the Head Of The Charles.

Lightweight Four Women
University of Toronto, starting first, will be a fierce contender for a repeat win. Look for a potential surprise from University of Wisconsin Lightweight Alumni (bow 8).

Master Eight Men
Expect a powerful performance from 2009 winner Pennsylvania Athletic Club in this year’s Master’s race. Also of note is bow 15, Kennebecasis Rowing Club, with Rowing News’ Ed Winchester in the mix. If you’re looking for a wildcard challenge, check out Leander Boat Club of Canada (bow 21), not to mention the Wide Load BC, which includes the 1996 Danish light men's four, as well as two members of the 1996 USA light men's four.

Master Eight Women
Toronto Sculling Club will start first after coming from the back of the pack in their 2009 victory. Expect a challenge from Marin (bow 2) and the Boston locals, Cambridge Boat Club and Riverside Boat Club, in bow positions 4 and 5, respectively.

Senior Master Eight Men
Team Attager will be racing for their fifth straight win in this event. Look for a challenge from Leander Boat Club (bow 4) and California Rowing Club from the back of the pack (bow 30). Also of note are the two entries from Melbourne University Boat Club of Australia.

Senior Master Eight Women
Look for 1980 Rowing Club, honoring the 30 year anniversary of the 1980 US boycott of the Olympic games, to challenge 2009 champions Etats Unis.

Senior Master Four Women
The top four crews from 2009, Orleans Sweeps, Saugatuck Rowing Club, Watercat Rowing Club, and Boulder Community Rowing, will all return for what will likely be a close race for a medal for the second year in a row. If you’re looking for a wildcard, check out new Dutch entry, RV Willem III (bow 15).

Championship Singe Men
Last year’s winner Mike Sivigny will have to hold off a slew of world-class US and international scullers to win his second Head Of The Charles Championship Single. German Olympic medalist and World Champion, Marcel Hacker, will start 6th while fellow German, Felix Bach, Jr., World Champion and C.R.A.S.H.-B erg breaker, starts 24th. Decorated Olympic and national team rower Jamie Koven, who won the Championship Singles at the Head Of The Charles in 1997 and 1998, starts 22nd. 2008 Iraqi Olympian Haidar Nozad will start 17th. Also look for US scullers Steve Whelpley (bow 18) and John Greer (bow 23) to be in medal contention.

Club Single Men
Thomas Quigley will lead the way after finishing sixth in this race in 2009. Anything can happen in this year’s large, diverse field. Of special note are Patrick DelBarba, winner of the Head Of The Charles special medal for youth rowing (bow 5) and inspirational local rower and Paralympic hopefully, Aidan Porter (bow 28) of Community Rowing, Inc.

Club Single Women
With four of the top five bow numbers belonging to local scullers, this race is a Boston showdown. Sarah Schwegman will lead the pack followed closely by fellow Riverside scullers Amelia Booth (bow 2) and Mary O’Neill (bow 5) and Community Rowing, Inc.’s Annie Coppock (bow 4). If you’re looking for a dark horse in this event, watch for youth sculler, Alison Totta (bow 26) from the back of the pack.

Grand Master Single Men
John Tracy moves up from the Senior Master Single to take the top spot in the Grand Master Single. 2009 winner Michael Stolper will start second. Watch for strong performances from local scullers Greg Stone (bow 3) and Chip Matthes (bow 57) of Cambridge Boat Club and Mike van Beuren of the Upper Valley Rowing Foundation from the back of the pack (bow 65).

Grand Master Single Women
Former eight-time US national team member CB Sands-Bohrer moves into a new division with bow 1 after a bronze medal finish in last year’s Senior Master Single. Margarita Zezza, 2009 gold medalist in this event, will start second in her attempt to win another Head Of The Charles.

Master Single Women
Medals are up for grabs as all three 2009 medalists will not be returning. Last year’s 4th and 5th place finishers, Lisa Weise and Julie Dykema will start with bow numbers 1 and 2, respectively.

Senior Master Single Men
2009 winner (and two time Olympic silver medalist, three time World Championship medalist, and National Rowing Hall of Fame member) Tom Bohrer will lead a fast field of scullers as he looks for a repeat victory in 2010. 2009 silver medalist Russ Cone will start second. Watch for a potential upset from three-time Olympian and seven-time national team member Robert Kaehler from the back of the pack (bow 24).

Senior Veteran Single Men
It looks like 2010 will be a battle of the locals as fellow Cambridge Boat Club members Ben Jones and Carlos Zezza lead the pack with bows 1 and 2, respectively. With fast raw times from 2009, they’ll have to make up a significant handicap to catch 2009 champion, Richard Kendall. Watch for a glimpse of legendary Harvard coach and Olympian Harry Parker, starting ninth.

Senior Veteran Single Women
Despite being a small division this race has nearly doubled in size from last year and it’s safe to say medals are up for grabs. 2009 winner, Eve Green will start 3rd behind Jan Stone and Barbara Green who move up from the Veteran age category.

Veteran Single Men
Richard Anderson moves up a division and into the first bow position based on his time in the 2009 Grand Master Single. He will be pursued by 2009 winner and former national and Olympic team member, James Dietz, starting second.

Veteran Single Women
All three of last year’s medalists return in 2010 for what is shaping up to be a battle of the West Coast scullers. Last year’s winner Susan Kinne will start first followed by Jill Gardner and Catherine Kemper with bows 2 and 3, respectively.

Championship Double Men
After besting a slew of Olympic scullers for the win in 2009, brothers Tom and Peter Graves are the clear favorites this year. Watch for the two wildcard USRowing entries to medal.

Championship Double Women
With no returning doubles from 2009, this event is wide open. USRowing’s Jen Kaido and Jessi Reel will start first followed by local rower Siobhan Steyn and her partner Catherine Reddick of Philadelphia. Also of interest is the Dutch crew ASR Nereus, starting third.

Master Double Women
All 2009 medalists will be returning this year. Gold medalists Saiya Remmler and Teresa Zarzeczny-Bell will lead the way with bow 1. If you’re looking for an upset, watch for Harvard Lightweight coach Linda Muri and partner Lindsay Burns Barbier from the middle of the pack (bow 9). 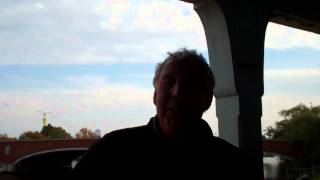 Fred Schoch Head Of Charles Preview
Recorded on October 21, 2010 using a Flip Video camcorder.
back to top
Head Of The Charles Regatta Features

'Twas the Night Before Charlesmas
Get our Newsletter!
SUBSCRIBE
Support row2k!
If you rely on row2k, please support row2k!