2008
Overview Features Photos Video News ☰
Head Of The Charles Regatta > 2008 > Features
Who will be this year's true 'Head' Of The Charles?
October 17, 2008
Bill Fleming with Dana Burd

Beaming. That's the look on the faces of those who win a Gold Medal at the Head Of The Charles Regatta. They work hardest and row their best, earning accolades to forever be part of the history and prestige of the world's most famous rowing event.

The Regatta award ceremonies are free and open to the public at the Rowing & Fitness EXPO, near the Finish Line at Herter Park. Everyone is welcome to attend the three separate award ceremonies held throughout the weekend. Each ceremony covers a different range of race events:

A variety of awards will be bestowed upon the top finishers, including medals, trophies, cups, plates On Saturday, the two Championship Singles winners (male & female) will receive a special edition Head Of The Charles "Gold Jacket" from Boathouse Sports. Every winner will earn the most coveted prize of all: a year of bragging rights!

Why is it called "Head Of The Charles"?
In the rowing world "Head" races are a class of regattas, generally three-miles long; each boat races against the clock, and their elapsed time is carefully tracked to determine who has rowed the racecourse the fastest. Winners of each race receive the honorary title of "Head of the River" (similar to being named "Head of the Class"). In Boston, the winners of each event are bestowed the illustrious title of "Head Of The Charles" to honor the fastest rowing times on the Charles River racecourse.

Clap for HOCR winners AND flamenco dancers!
Applause at Saturday's awards ceremony will be a tad more rhythmic, thanks to Andalucía Sports Bureau! A flamenco troupe will provide entertainment to kick off Saturday afternoon's award ceremony...

The Regatta's free shuttle will go to the EXPO throughout the entire weekend. While at the EXPO, try out a rowing machine, check out the latest in rowing technology, or browse for new workout gear.

Mahe Drysdale might need to check his flight time, as Joe Sullivan-also known as "Wingy"-of New Zealand's Picton Rowing Club, is apparently a fellow Kiwi who flies on the water. Watch this dark horse with bow #17 during the Championship Men's Single event on Saturday.

Sent by a decorated coxswain who is staying with Katy Bonnin this year: "Is there a place you would recommend for a pedicure in Boston? I won't have time to get my traditional HOCR pedicure before I travel to the regatta."

Rumors are swirling on both the Cambridge and Boston riversides that Ned Devine's in Faneuil Hall Marketplace is the place to be on Sunday evening, for rowers and their buds to shuck their unisuits and don party attire. A modest $5 donation (and a shower) is all that's needed to get into the door this 21+ event. 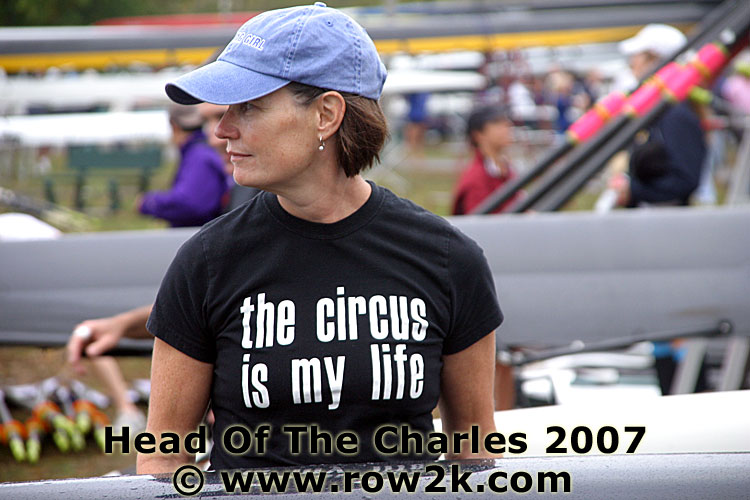 Hungry? Thirsty? Explore the Regatta and the area!