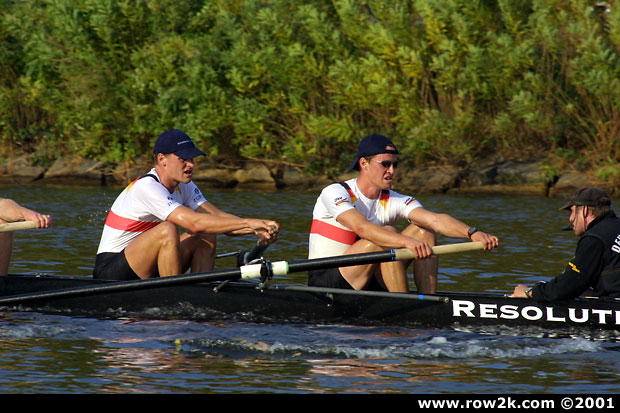 Spotted training today on the windy Charles River was the smooth men's Championship Eight entry from Germany. The make-up of this impressive crew is comprised of members from the Bronze medal Eight and Silver medal Four W/ from last summer's World Championships in Lucerne, SUI. They're young, talented and ready to go!

The Germans, starting in the second position just behind the US, will surely push the Americans, making this year's outcome uncertain until the final times are tallied at the Cambridge Boat Club on Sunday night. The German eight won the 12.5 mile Kiel Canal Cup a few weeks ago, followed by the US and the Netherlands. 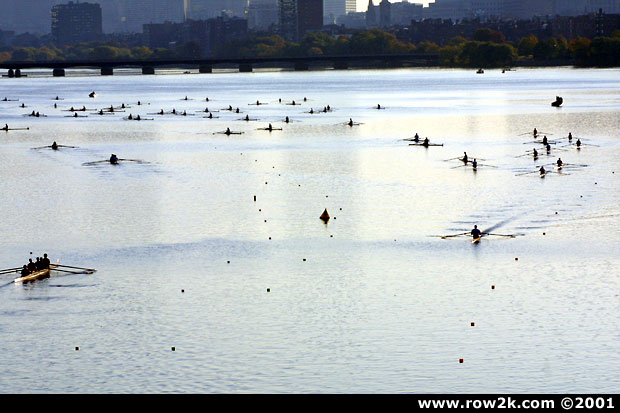 2001 Head Of The Charles® News, Stories and Effluvia 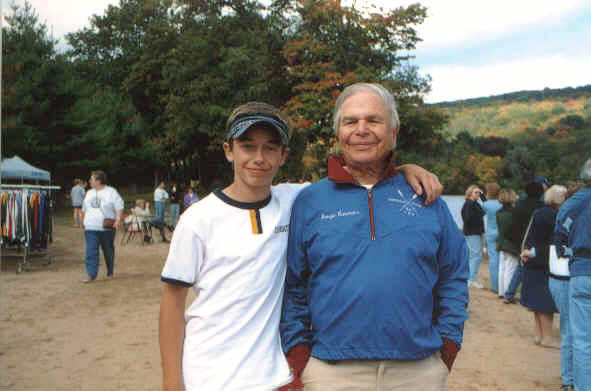 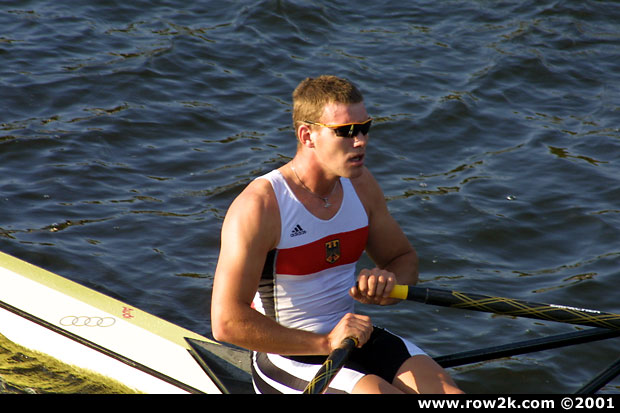