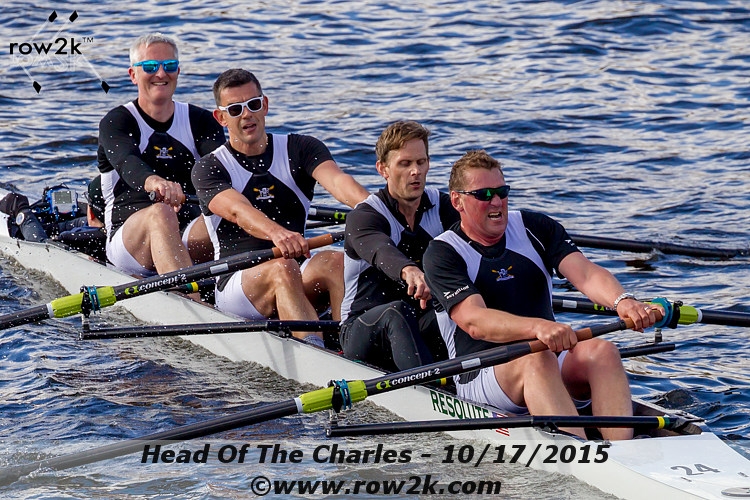 As we noted in our main report today, crews from GB's Molesey Boat Club ran rampant in the Masters events at the Head of the Charles, winning four events (men's and women's) as well as finishing highly in several others. row2k caught up with Molesey member (and four-time Olympic Gold medalist) Sir Matthew Pinsent for a brief conversation on Molesey's successful day (or "outing," as they would say across the pond).

row2k: You guys had a pretty good presence here with the Molesey Boat Club today, is this something that you had planned? You seemed to be having a lot of fun with it! 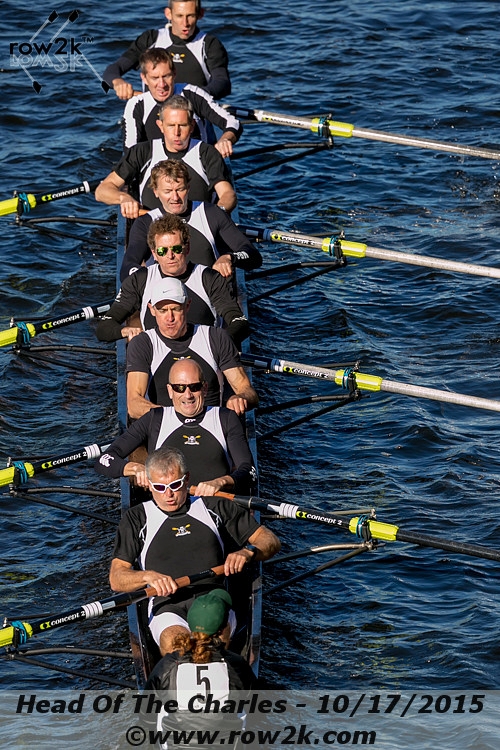 Molesey 50+ Eight
Matthew Pinsent: Yeah, a Molesey boat came here for the first time seven years ago, and we've been back the last four, five years consistently in the 40 & over boats, and now we have a 50 & over boat, so we're sort of gradually getting a bigger and bigger group. I think we must be nearly 40 athletes who've come.

row2k: Who organizes all of this?

MP: There's three; there's Jonny Searle, Neil Chugani and Ian McNuff, and the women, to be honest, have their own setup.

row2k: It appears that the Molesey boats have come with a purpose here today to do very well. Is this something that you put on the calendar?

MP: I think that Head of the Charles is probably the best age-category event in the world, there's no two ways about it. There's no equivalent in the UK. For us it's a nice thing to train for because you get to train in the summer, and the rowing world comes together on the banks of the Charles. It's fantastic.

row2k: We'd heard through the grapevine that there was quite a bit of selection for this year's crews.

MP: Yeah, absolutely there was. There was selection over the age thing, that was a crucial one, and then yeah, you've got to train for a reasonable period of time to get up and get in shape. We proved that today; well our crew came 10th, which wasn't great, but we've had boats win four categories, and we've taken one fourth place as well.

row2k: With the addition of Luka [Spik, SLO multi-Olympic medalist] in the boat, that takes the crew to a dimension beyond London, right?

MP: We had Jean-Christophe Rolland, now the president of FISA; he was based in London for a while, and he rowed with the group. Steve [Redgrave] and myself have been through the group in different capacities at different times, we're starting to create a gravity where people want to come and row… 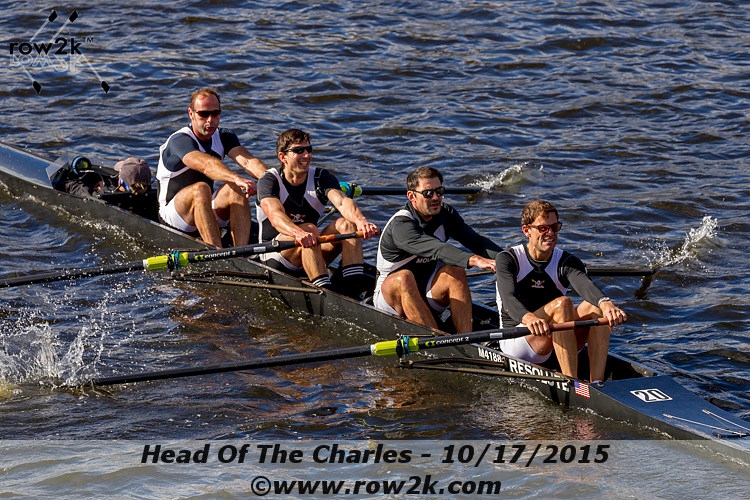 The Molesey 40+ Four won and set a new course record in headwind conditions.

row2k: A London All-Star team, as it were.

MP: Yes, it's good. We've got an Italian in the group now, who's based in London, so even from the number of people we bring there are others behind who want to come, there's a nice tension in the group about getting on the trip.

row2k: Beyond the competitive aspect, how fun is this as an event?

MP: I raced here nearly 25 years ago for the first time, and to see the difference is great. They've done a fantastic job of professionalizing themselves. The number of spectators probably has not risen dramatically, but the facilities on the bank now are extraordinary and when the weather's great, it's sort of a perfect combination. It's a great fun weekend for us, because the racing on the water is hard and you're going to have a good time around it as well, and not every rowing event you can get that. Boston's just a fantastic city.

corrected on 10/19 for proper spelling for Mssrs. Chugani and McNuff. 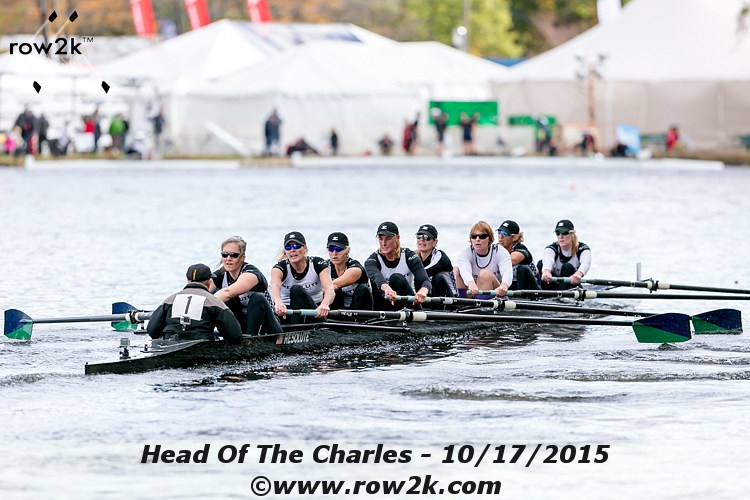