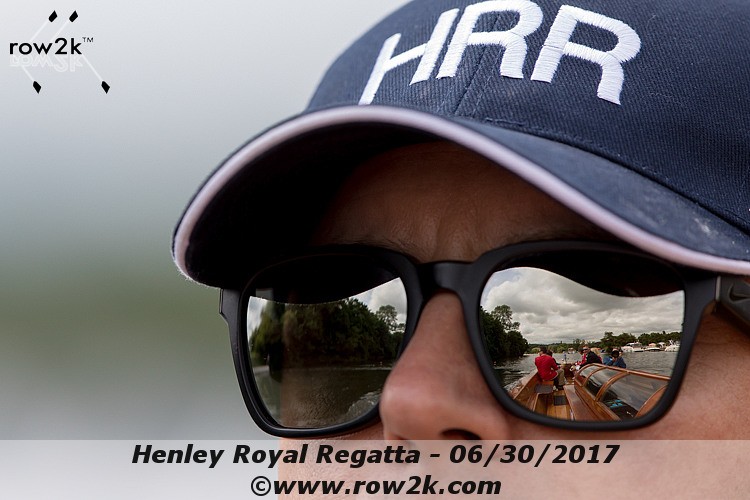 Henley Royal Regatta starts tomorrow, Wednesday July 4, and you can see it all live from the banks and from the sky thanks to heaps of cameras on land, boats, and drones over the length of the course. Here is a rundown of some of the first day highlights. All times are local.

9.40, Temple Challenge Cup: Brown University, USA v University of West England
Despite their American heritage, this crew have several British athletes in the boat, including Oscar Bird a former junior world oarsman alongside Thomas Phelps, a Coupe gold medallist. They’ve had a successful few years, making the final of the Temple in 2014 and finishing sixth in the Varsity Eight category at the IRA National Championships.

11.35, Temple Challenge Cup: Glasgow University v Princeton University, USA
This prestigious university have strong results in the lightweight category at the IRA National Championships and the Eastern Sprints where they won silver at both events. This crew looks to be the strongest yet since 2010 and are looking to become the tenth boat of Princeton Tigers to win Henley.

12.00, Remenham Challenge Cup: Oxford Brookes University v Yale University, USA
This Yale outfit made it to the final of Henley Women’s Regatta but narrowly missed out on the win against a Durham composite crew. At the NCAA they placed a respectable ninth against impressive competition but the University of California won the event.

2.00, Temple Challenge Cup: Temple University, USA v Yale University, USA
For the first time since 1994, a Temple crew will be racing at Henley Royal Regatta. They achieved an automatic qualifying spot based on their victory at Dad Vail Regatta earlier in the season, which will take a lot of the pressure off them this week.

2:35, Remenham Challenge Cup: University of Iowa vs Molesey B.C. & Edinburgh University
This crew finished 11th in the NCAA Championships this year despite it only being their third time racing in the top US competition.

3:05, Temple Challenge Cup: Orange Coast College vs Shrewsbury School (Temple)
The only non-NCAA division 1 school from the US and the only community college to ever compete at Henley Royal Regatta. They are competing at Henley for the first time since 1996 so they must have a crew they believe can challenge not only their fellow American teams but the best crews from around the world.

3:30, Remenham Challenge Cup: University of Washington vs The Tideway Scullers School (Remenham)
Coached by former US team Cox, Yasmin Farooq, this is a strong crew comprised of a similar line up to the winning crew at the NCAA Championships. The crew is majority American, with the German athlete Tabea Schendekehl in seat 5.

3.35, Thames Challenge Cup: Montclair Mounties R.C., USA v Upper Thames R.C.
After a slight change of entry due to an accident involving two crew members, Montclair are no longer competing in a junior event but instead are now racing at club level, as the two new members subbed into the crew aren’t eligible for the Princess Elizabeth Challenge Cup. The crew however are reasonably strong and shouldn’t be too phased by this last minute crew change.

3:45, Prince Albert Challenge Cup: Grand Valley State University vs Imperial College London
Choosing their crew based on power and speed rather than seniority, the team’s top ergometer scoring members were selected for the crew and raced recently at Reading Town Regatta in preparation for Henley. They have spent the week leading up to HRR training in Kastoria, Greece.

3.50, Wyfold Challenge Cup: Potomac B.C., USA v Thames R.C. ‘A’
We know little about this particular crew, however we are very aware that the club have trained over twenty athletes who have since gone on to compete for the American National Teams; they focus on a high intensity programme in order to achieve A finals. After much fundraising in order to make it to Henley Royal Regatta they must be aiming to produce some competitive results.

4.00, Temple Challenge Cup: Oxford Brookes University B v University of Washington, USA
Washington have decided to go for a largely mixed group of athletes with a crew comprising of those from first, second and their third varsity eights. Over the past twelve years the University have managed to win the James Ten Eyck Trophy eleven times at the IRA National Championships, alongside winning the titles this year in both the second and third varsity eights.

4:05, Princess Elizabeth Challenge Cup: St John’s High School vs Norwich School
Placing 39th in the Youth Eights at Head of the Charles earlier this season, behind their British competitors St Paul’s, Radley and Kings College Wimbledon, recent results might suggest St John’s High School won’t be challengers for Henley, but having travelled the distance across the Atlantic, we can surely expect to see some determination from this crew.

5.30, Temple Challenge Cup: Syracuse University, USA v Cornell University, USA
For the first time in eleven years a Syracuse crew will be competing at Henley Royal Regatta. Earlier in the year their Varsity eight finished second at the Petite Final at the IRA National Championships. The crew are one of nine NCAA Division 1 institutions competing in the Temple Challenge Cup this year, but the crew Syracuse have entered seem to be largely their top crew.

5.50 M4 + University of California, Irvine, USA v Durham University ‘A’
In the past 40 years we haven’t seen a University of California, Irvine crew competing at Henley Royal Regatta, but that has all changed this year with a highly competitive crew being entered into the Prince Albert Challenge Cup. Earlier in April they were silver medallists in the Varsity Four at the WIRA Championships, and have also gained good results at other home events.

6:05, Prince Albert Challenge Cup: Columbia University vs Edinburgh University
One of the top lightweight programmes in the USA and making their fourth appearance at HRR in the last six seasons. Half of this crew won the IRA National Championships and Eastern Sprints. The crew is comprised of the first and second varsity 8.

6:10, Temple Challenge Cup: Uni of California, San Diego vs Oxford Brookes University ‘A’
Finishing with the top time in the recent Reading Town Regatta, this is set to be a classic encounter against a crew widely regarded as the favourites for the Temple Challenge Cup. Having already won local races like the San Diego Crew Classic, this US boat will now be racing far from home and at Henley Royal Regatta for the first time.

7:10, Princess Elizabeth Challenge Cup: Brunswick School vs Reading Blue Coat School
Having not raced at the American Youth National Championships this season, it is difficult to determine Brunswick’s abilities and speed. However, they did perform well at the recent Marlow Regatta where they made it into the A Final ahead of Bedford, Hampton and Abingdon. 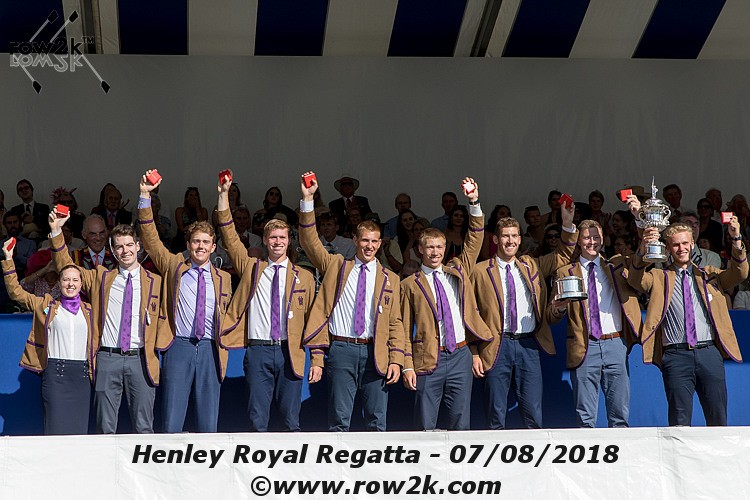 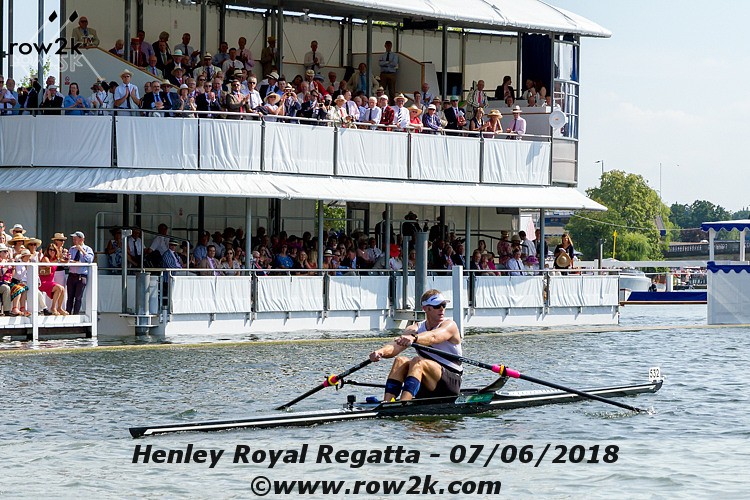 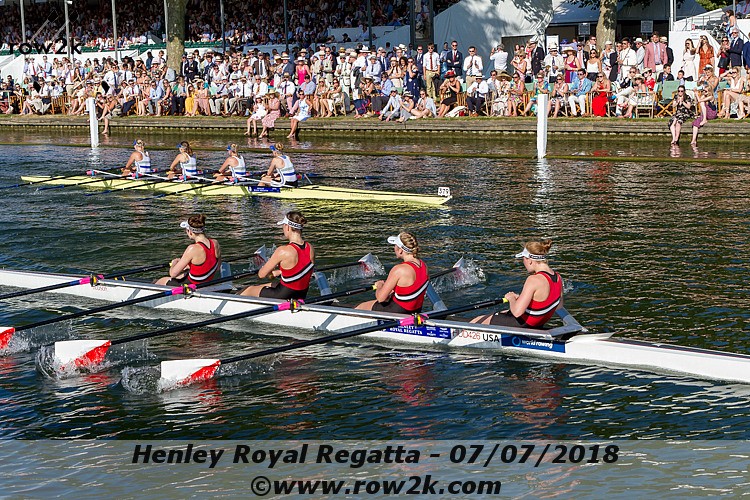 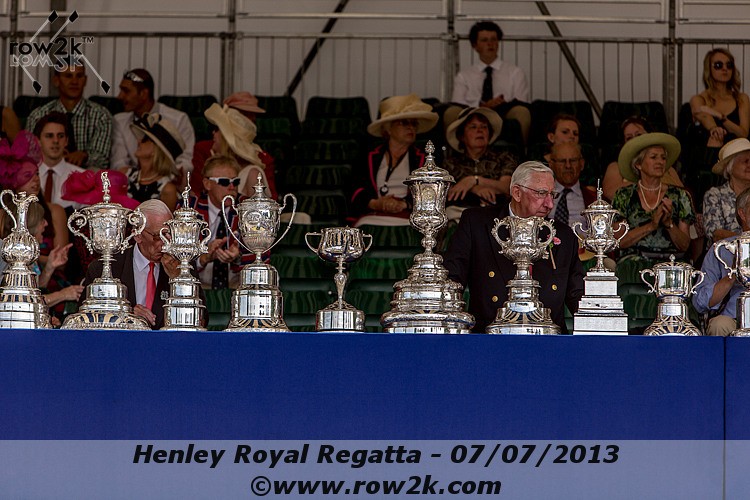