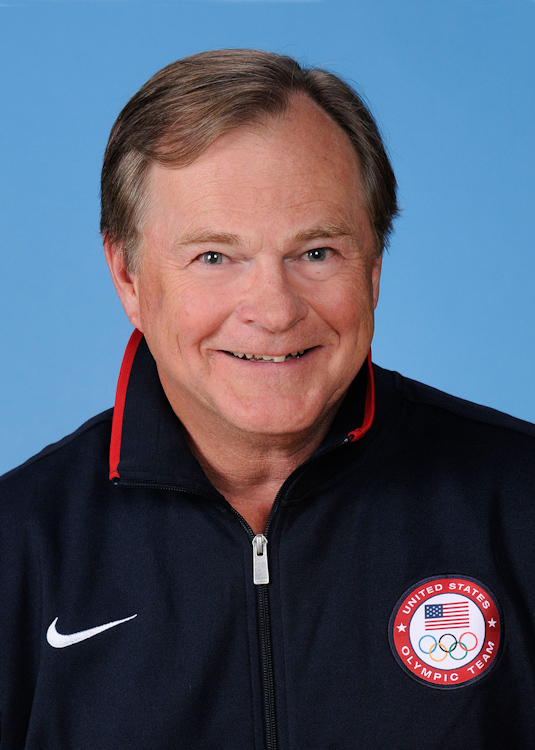 Dr. Tim Hosea in 2012 Olympic mugshot
Dr. Timothy Hosea, known to truly countless rowing people as Doc Hosea, passed away of a heart attack while engaging in some of his favorite things to do at his vacation home in Pennsylvania. He was 63.

The sheer number of rowing people who have been told to "talk to Doc Hosea," and subsequently spoken to and been seen by Tim often within hours or even minutes, is staggering. It unarguably includes nearly every US national team rower since the 1980s. But you didn't have to be a national team athlete for Tim to help you; Tim was really available to almost anyone at any time, as many, many of us learned from personal experience; stories are pouring in from folks who Tim helped when they caught a bug at a rowing race, or were limping in a boathouse parking lot and Tim called out to them, or whose Mom was having a back surgery and they wanted to know the risks, or if a family member of a rower wasn't feeling well at a regatta, or, well, you name it, whew.

Tim saw thousands of rowing patients, from athletes imminently contending for Olympic gold medals to high school kids just getting started to masters schlubs like me with aches and pains. In 1997 he won USRowing's Jack Kelly Award, and he was just getting started. He was a town doctor are caregiver for the sport of rowing - for over 30 years.

I asked him once how he fit it all in – his own practice as an orthopaedic surgeon, his official work with all the US teams, all the "unofficial" work with the entire rowing community (or really anyone who asked), taking calls from pretty much anyone who needed some help, creating and hosting the fundraisers for USRowing such as the golf outing that he founded, serving as president of the PNRA, working the sidelines for Rutgers football, leading really the entire USRowing national team medical system, rowing with us at 5am so everyone could get to work, playing music, not to mention raising a family, and more.

"C'mon, it's no big deal; I am glad to do it," he said with the sheepish smile, shoulder shrug, and brush back of hair that countless rowers will know. He meant it; I am still inspired by his example.

As Kris Grudt, who worked closely with Tim at the PNRA for several years wrote to me this morning, "Tim is one of those people that I do not think that we can comprehend the number of people that have benefited from his care and guidance. He is also a person that we will not realize the extent of our reliance on him until we have to live without him."

In Memory of Dr. Timothy M. Hosea, a great tribute by Ed Moran of USRowing, includes memories from a heap of folks that I am grateful to read, and not to have to write, as I'm not sure I could get through it. You'll learn that Tim wasn't just a guy who would give you the shirt off his back; he would give you his own back brace off his back.

Tim has been an integral part of almost every facet of my own life since I reached the national team level in the mid-80s; as my doctor, advisor, ass-kicker, one of my first local friends when I moved to twon, 0'dark-thirty masters rowing partner, musical jamming partner, doctor again as I went from athlete injuries to "former athlete injuries," and close friend of several decades. I miss him intensely.

There will be a private family service; Tim asked that those lives he touched spend time doing what he loved: golfing, shooting, fishing, rowing and being with family. In lieu of flowers, the Hosea family graciously welcomes contributions to the Timothy M. Hosea Memorial Fund at the Princeton National Rowing Association.

The Hosea Family has asked that donations be made in Tim's honor to PNRA to support the National Team Training Center. PNRA has set up the Timothy M. Hosea Memorial Fund to accomplish this. Donations can be made at:

Tim is survived by his wife Libet and three daughters, Hadley, Whitney, and Kirby; a truly immense contingent of the rowing community will be pulling hard for you all.

Thank you Libet and daughters and Tim for everything, and I don't use the word "everything" lightly; Tim gave us everything he had, and that was truly a lot. 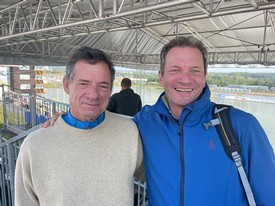 Tiff Wood & Uwe Mund: Back Together at Worlds