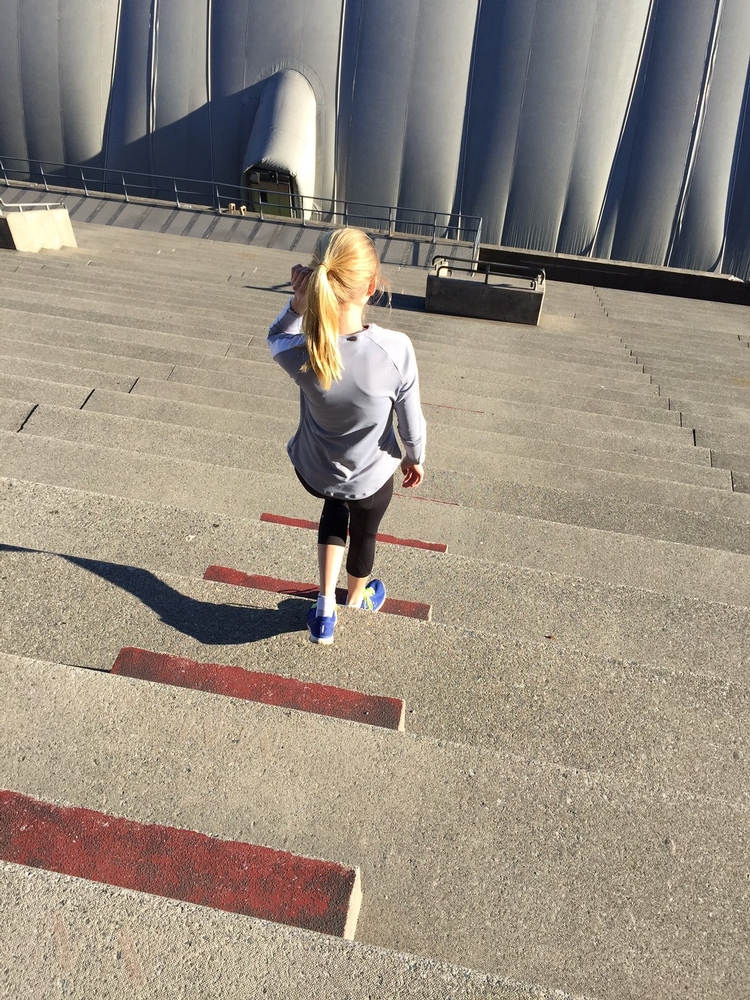 All the kids are doing it - so I guess I should too...
When it comes to rowing, sometimes I think I have a split personality – Dr. Rower and Mr. Slug. When I'm in training mode, I'm into it. I get up, I work out, and I love doing the hard work. I love the process, the pieces, the incremental, day-to-day gains, and even the setbacks. I love having a goal – the goal of the race. The objective. Overcoming fears, challenging myself, and doing everything I can to achieve to the best of my ability.

Then there's the other side. The dark side. The lazy side. Sometime after the Head of the Charles (like a day or two after), when the pressure is finally off, I drift into Slumberland. Like a bear – okay, a skinny bear – I hibernate. And it happens so quickly. This is my new life. Eating, working, having fun, going out for dinner, watching late-night TV, and sleeping. Oh, I still work out from time to time. This year I rowed maybe a dozen times after the Charles. I wanted to get my miles over 900 for the year, which I did. The rows were wonderful, long, peaceful steady-state affairs. None of this gut-wrenching, pain inducing, Sean-Wolf-intimidating stuff. "You ok? You look a little tired today," Sean would say. "When I'm piecing with you, I'm tired EVERY day," would be my reply.

But therein lies the problem. When I'm in Lazy Mode, it's an exceedingly difficult mode to get OUT of. Oh, I try various things. Almost invariably, every winter, I buy a new pair of running shoes, thinking, Yes! THIS will be the year that I'll start putting in some regular running miles. Or I will think, this will be the year that I'll actually use my cross-country ski equipment or my living room bike trainer. I do actually use this stuff, from time to time, but not 4-5 times a week, which is what I'd need to do to be able to call it "winter training."

So far this year, thanks to the prodding from a friend, I've run a few stadiums and I've gone on a few short jogs with my new running shoes. I even brought my 15-year-old daughter to Harvard Stadium to run some sections (she's trying out for rowing in the spring and I wanted to give her a proper initiation to the sport). But my body aches so much after these sporadic events that I endure at least four or five days of pain, and by the time that's over with, I'm full-on back into Sleep Mode.

You notice that I haven't mentioned the dreaded "E" word. The erg. The Torture Machine Of Death. I'm not a huge fan of ergs from a competition standpoint, because I really can't compete. But truthfully, I actually don't hate the erg itself all that much. What I hate is going into my rowing club, with all these Super Athletes who are so much better on the erg than I am. Yes, I have an ego. And yes, it gets in my way in pathetic fashion.

Facebook doesn't help. All these guys my age and older posting pictures of their erg splits – it's enough to make me want to forget all about rowing and take up badminton. My friend Trevor, for example, posted an hour's workout with average splits in the low 1:50s. Sean's comment was "not bad, for a lightweight." My thought was, I used to struggle to get an average split of 2:00 for an hour – and that was TEN YEARS AGO. Before Mr. Slug became my alter ego (well, he's always been there; just not quite as dominant as he is of late).

Don't get me wrong – I love the feeling of the hour-of-power workout on the erg. Gives you that full-body, "I've really done something healthy" feeling. And in the middle of the winter, that's a good feeling to have – much better than the "I've really eaten a lot of pancakes" feeling, which is much more typical in my case. But to do such a workout at Riverside? Hmmm… no, not so much. I kind of boycott Riverside during the winter. The looks. The strutting. The preening. The glancing at my splits. The young HPGers doing insane workouts for hours on end – it makes me tired just watching them. My fragile male ego can't handle it. So I hit the sack and the Dark Knight of Sleep creeps in again.

When I had a corporate job in Boston's financial district, I always had a gym. The best was when I worked in International Place, and the gym was in the building. You could calmly stroll to and from your workout during a blizzard or a nor'easter and never have to brave the elements. They had an erg, and it was always set on 10. (One of these days I'm going to re-do the numbers from 1-11 so I can say, with a British accent, "This one goes to 11.") The few people who used it – usually super-macho, muscle-bound guys trying to break the thing in workouts lasting no more than 10 minutes – would have that funky, non-rower form, sliding up and breaking their knees before they got their hands away, forcing them to go up and over their knees with their hands to get to the catch. Always amusing, for the rower-snob in me.

The gym erg was a "safe place." I could show off my (relatively) better technique and not worry about my splits. I could get in a solid hour and pretend that the women in the gym, in their Lululemons, were impressed (they weren't – or worse, they didn't notice). On non-erg days I could lift skimpy weights and not worry what the muscle-bound guys thought of me, because I knew I could outlast them on the erg, if not out-split them, which was less likely but not beyond possibility. I could do sit-ups and other core workouts. Life was good.

Then I lost my corporate job, had a few years "in the wilderness," during which I went on a crazy road trip, and then got a new kind of corporate job – full time, with benefits, but working from home. Don't get me wrong – I love working from home. But Mr. Slug kind of runs the place. So I do battle with him. Every day. Sometimes I win, but he puts up one hell of a relentless fight.

Like the Red Sox before they won the World Series, I always think, "This will be the year." This will be the year I consistently train during the winter. I think about the voices of Pete Morelli or Liane Malcos Keister, who, year after year, after yet another slightly-better-than-average performance in the Head of the Charles, would invariably say to me, "Geez John, just think…if you started training… you know…maybe sometime earlier than JULY (!!!), just think how you might do!"

I think about such things. And then I drift back off into heavenly sleep...