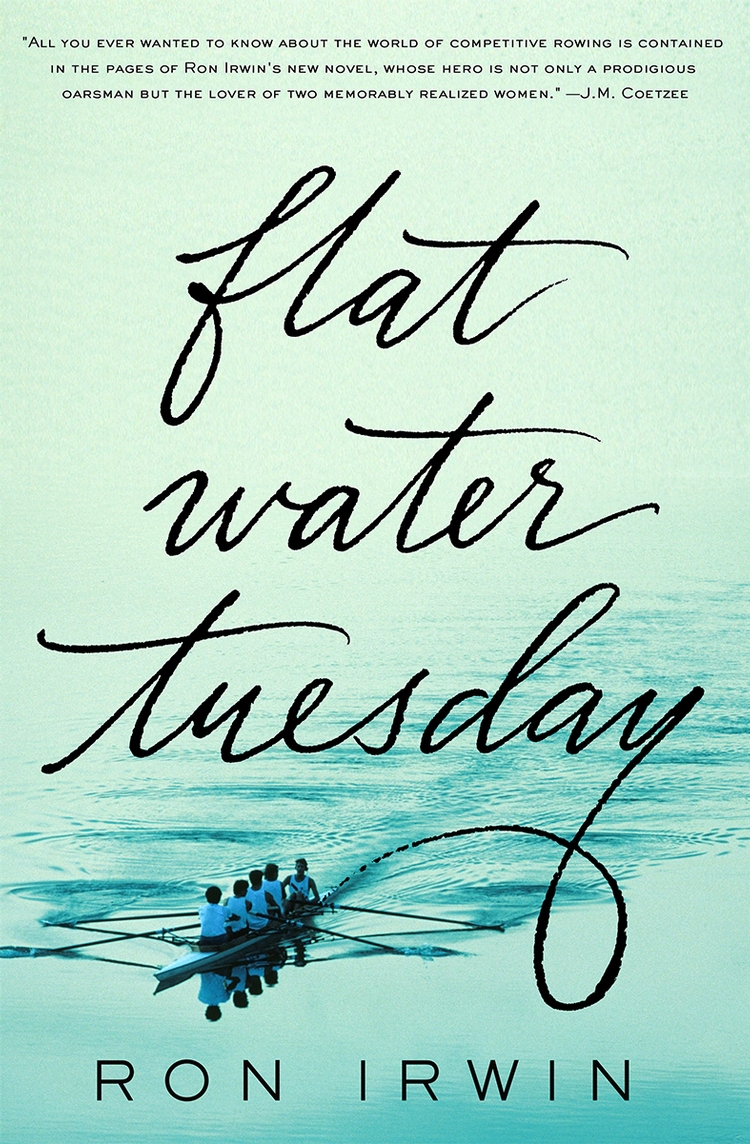 Every competitive rower knows that there is always one race in the season that looms far larger than any other. Whether it is the season-ending championships, a big invitational regatta, a sole final home race, or an almost irrationally important dual with a rival team, there is inevitably one competition where the win is sweeter than any other, and the loss more brutal, even devastating.

At Fenton School, the fictional prep school that is at the center of Flat Water Tuesday, a new novel by Ron Irwin, that race is against Warwick. The dual race, held every spring on a Tuesday, guarantees the oarsmen admission to Harvard, per a gentleman's agreement between the coaches. Winning is everything and more, and the Fenton School hasn't won in five years.

As the book gets underway, high school sculler Rob Carrey from Niccalsetti NY is recruited for a post-graduate year at Fenton. Unbeknownst to the dedicated sculler, he is brought in not to row the single, but to fill a seat in the "God Four" - the boat that races Warwick.

The novel interweaves Carrey's time in his year at Fenton with his adult life, where he is working a documentary filmmaker and ending a turbulent relationship with his longtime partner, Carolyn, just days before his 15th reunion at Fenton.

Carrey joins Fenton four-years Connor Payne, John Perry, Chris Wadsworth coxswain Ruth Anderson, the first woman on the team, in their quest to make the God Four and race Warwick. The men (and woman) are ruled by enigmatic coach Charles Channing a former Harvard oarsman of few words, but the words he does chose are often harsh and critical of Carrey, who is headstrong and resistant to rowing in the four, both as a sculler and as an outsider of this boarding school world.

The book is broken into five sections: a letter written to Carrey by John Perry in present day; a prologue; and three seasons of training – Fall, Winter, and Spring. The flow of the seasons is natural for the rower reading the novel: fall workouts (Fenton doesn’t race in the fall), winter erg and weight tests, and spring training and racing, the ultimate fitness test. As the seasons progress, Carrey builds relationships with his teammates and coach, including brutal competitiveness with his main opponent Payne as well as budding romantic feelings toward Anderson.

Though the opening letter references a tragic incident that occurred during his year at Fenton, Carrey's daily life, both in his youth and as an adult, are so filled with melancholy, that the reader keeps wondering if there really is a moment in his life worse than the last. His young love with Ruth, and long-term relationship with Carolyn are both filled with a sort of hollowness; Carrey, in his personal life as in his rowing life, is a bit of a lone wolf.

The book concludes in the spring Warwick race and with the reunion. Carrey's deepest vulnerabilities are revealed as he reconnects with Fenton for the first time since he has graduated, and he attempts to move on from his relationship with Carolyn, a woman worlds away from his rowing days.

The book offers another look into boarding school as a coming of age story, and as such is reminiscent of A Separate Peace, with a rowing element. While this is a story that can be appreciated by rowers and non-rowers alike, the imagery will suck in the former – the burning sensation throughout the shoulders and back in a timed bench pull test, the mind games and lung burn of an erg test, the cold and grueling first races of the spring in March, even the descriptions of cauterizing a blister – draw the reader into the mind of Rob Carrey as he faces the most physically and mentally challenging time of his young life. Irwin was a rower himself in high school and college; his understanding of the sport is readily apparent in his writing through these detailed descriptions.

In the scope of books about rowing, Flat Water Tuesday stands out as a readable, absorbing novel that accurately depicts the mind of a competitive rower. It's a book that many will be able to relate to, the themes are universal: the hard work of relationships, adapting, learning. The race is only a few minutes in the larger realm of things – Flat Water Tuesday is a reminder that what happens around that big race is what molds us.

You can purchase the book in several formats on Amazon here: Flat Water Tuesday