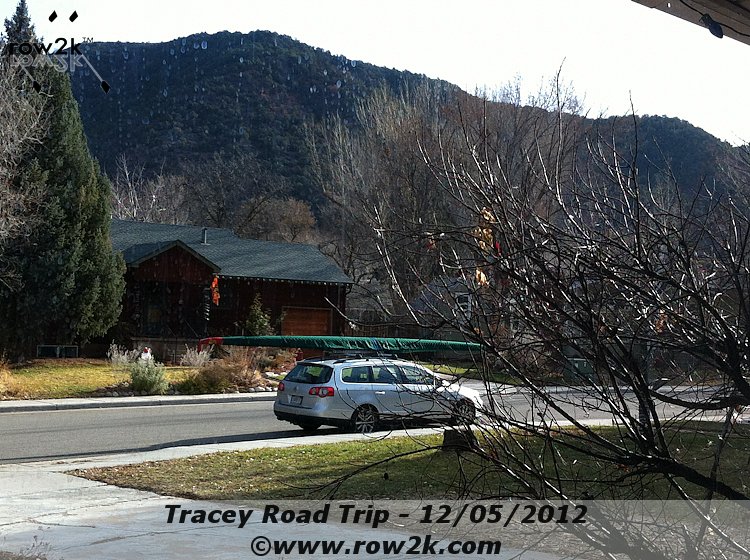 It’s fitting that I’m here in Doc Holiday’s final resting place, because I kind of feel like Val Kilmer in the movie “Tombstone.” Coughing, sputtering, on my last legs. This trip has taken a physical toll on me, for sure. I still haven’t shaken the Cough From Hell that I picked up somewhere between New Orleans and San Antonio, and eating almost every meal from a restaurant hasn’t done my body much good either. Plus all the driving, but I wouldn’t change any of it for all the tea in China.

I’m at my best friend’s house. Craig Tate and I have been buddies since we were 12 years old, when we met on the first day of our first class in junior high school. A lot of years and a lot of events have transpired since then, but we’ve remained as close as brothers ever since. We’re both musicians, both Cancers, and we drive each other crazy. But when I arrived to this town, where I’ve spent so much time with Craig since he moved here more than 30 years ago, I felt like I was home.

I grew up in Colorado and skied at Aspen back in the mid-1960s because my dad’s law firm in Denver had a condo in the budding ski resort. It was a six-hour drive over hairy passes through blizzard conditions (I remember vividly feeling like our whole family was going to die as we drove the hairpin turns on Loveland Pass, at night, in a blizzard, in the family’s Buick Electra 225, one of the great gas guzzlers of all time. Both parents chain smoking didn’t help much either, but hey, it was the ‘60s).

We’d stay at a Best Western in Glenwood for a night and then head to Aspen in the morning – better to divide up the time, especially with four unruly kids, of which I was the youngest. So I feel like I know these mountains like the back of my hand. Which, in fact, I pretty much do. I’m making the trip to Denver this afternoon, stopping in Frisco to see Jason Kreger, my oldest friend (from Kindergarten) and another integral member of my out-of-control high school buddy crowd. But no rowing on Lake Dillon. I’m done, and I have a goal of making it back to Riverside to watch my band, The Blades, perform their Christmas Set for the club’s holiday party on Saturday night. I’m going to need to have some epic driving days if I’m to make it. We’ll see.

Craig is also a musician, and we’ve been playing together for decades, once even gigging at his 1992 wedding. He plays guitar, keyboards and anything else he can pick up, but his main instrument is the harmonica. And, in my somewhat biased opinion, he’s one of the best blues harp players I’ve ever heard. He currently plays in a local mountain band up here called the Powderhounds.

Adding to his musical karma is the fact that Sheryl Crow’s aunt lives right behind him in his humble, middle-class neighborhood in Glenwood (he looked out his kitchen window one day to see that, sure enough, there was his neighbor, having lunch on her back patio with her famous niece). But I digress. I haven’t blogged since I arrived in Oakland, and a lot has happened since then.