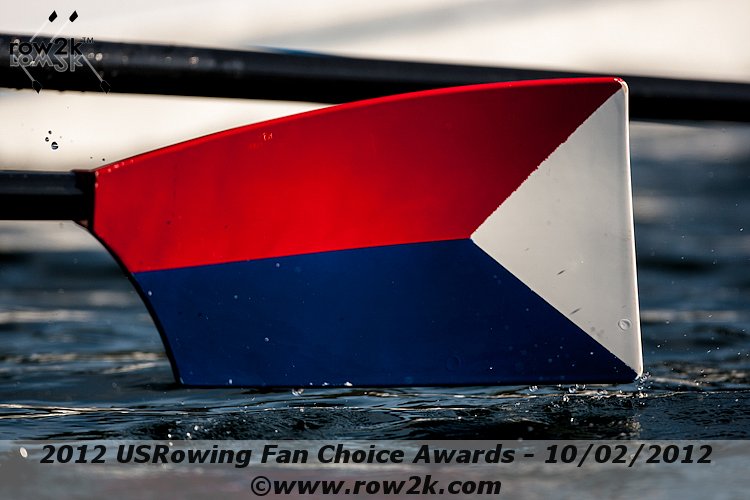 USRowing maintains a strong and long tradition of rewarding excellence in rowing. Following a year of unprecedented achievement, the rowing community has designated strong nominees for the 2012 Fan's Choice Awards which are solely nominated and voted on by rowing fans.

Rower of the Year: A male or female rower or coxswain who has achieved extraordinary success in 2012. Success may be defined as an outstanding performance, having a breakout year, perseverance in spite of difficult odds, consistent strong performance, outstanding service off the water, or a combination of the above or other worthy measures.

Coach of the Year: A rowing coach who has achieved extraordinary success in 2012. Success may be defined as outstanding performance, having a breakout year, making a significant impact on an individual athlete or team performance, perseverance in spite of difficult odds, consistent strong performance, or a combination of the above or other worthy measures.

Voting closes 5pm ET- Monday October 22. Winners will be announced the following week and recognized at the Golden Oars Awards Dinner on November 14 at the New York Athletic Club- www.usrowing.org/Events/GoldenOarsDinner.aspx, The community is invited to join us as we present awards and recognize our 2012 Olympians and Paralympians. All proceeds go to USRowing's National Teams, and to the athletes of America Rows and Adaptive programs. Tickets can be purchased here.

NOTE - Award voting is intended to be one vote per person from among the extended rowing community and their family and friends; electronic ballot-stuffing and other similar tactics are not allowed, and could result in disqualification.