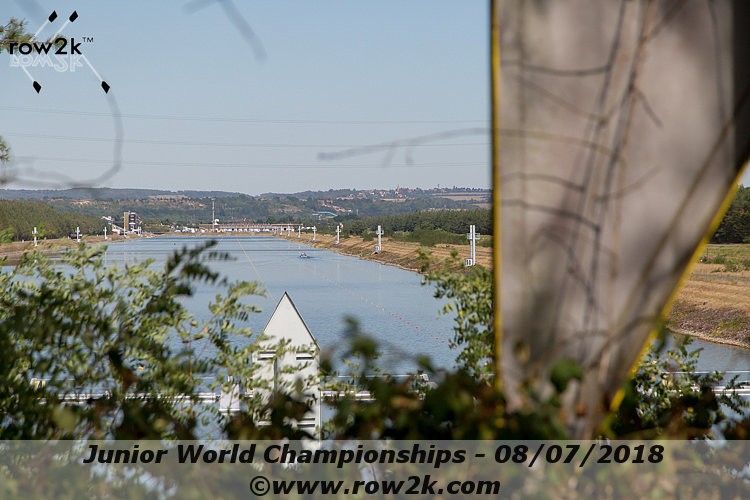 The I don't think we are in the right place...

As the near-indispensability of Google Maps has shown, showing directions is one of the Internet's and smartphones' life-changing apps. (As it went, row2k was originally created to give directions to the EAWRC Sprints on Lake Waramaug 25 years ago next weekend - a solution to a problem that no longer exists.)

But rowing stories abound of folks getting lost in foreign countries where they do not know the language, street signs differ in approach, and mapping can be a little wonky, especially when racecourses are located in the countryside, as many are. We know of one collegiate coach who was pulled over in Germany for looking at their phone while driving - at a mapping app of course - and was escorted by four police motorcycles not to the police station but to an ATM to pay the 'ticket' in cash.

Anyway - even after you get to the general regatta site, navigating to the official spectator entrance can confound mapping apps, as barricades redirecting traffic during the event are common, creating a a classic 'last mile' navigational problem.

All of these elements come into play at the racecourse in Racice, Czech Republic, where lodging near the course is minimal and spartan, and many attendees opt to stay in Prague, take the train to Racice, and walk to the racecourse.

For the 2018 Junior World Championships, that last mile - actually right about 2k in this case - required a walk from the train station in Hnevice to the course in Racice - involved going under the train tracks, a couple slightly confusing turns, and a walk past the athlete entrance to the spectator entrance.

A USRowing staff member came up with the idea to do a timelapse video, put a few captions on it at decisive turns, post it to YouTube, and share the URL around to parents, fans, supporters, and friends of the team: the Walk from Hnevice to Racice:

Got a trick that makes getting to the race on time easier? If so, share your tips--and hacks--in the comments below.