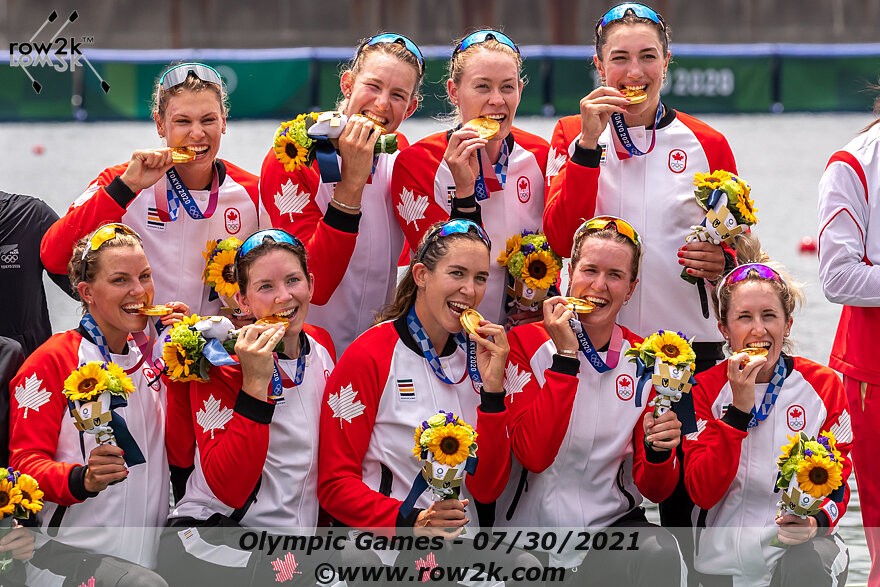 The Canadian women's eight won gold in Tokyo, their first Olympic gold in the event since 1992. The crew finished second in their heat, and second in their rep, but exploded off the start line in the final to an early lead that they would not relinquish, taking the gold over New Zealand and China.

Life is a Metaphor for Rowing, Ch. 42: No More, No Less
Rowing Headlines