Conn won four Olympic Medals in two different sports, rowing and sailing, over a 20 year period from 1956 to 1976, although you would never learn this from him due to his extreme modesty.

Despite his undergraduate degrees from USC and his MBA from Cal, Conn rowed the pair with coxswain boat with Stanford alums in three successive Olympic Games with different partners. Gold in Australia in 1956 with Dan Ayrault and Kurt Seiffert, Bronze in Rome in 1960 with Dick Draeger and Kent Mitchell, and Gold in Tokyo in 1964 with Ed Ferry and Kent, as his last rowing partners.

In 1976 he sailed with Dennis Conner in the Tempest class in Montreal winning another bronze medal in his second sport. His second sport continued with two victories in America's Cup races in 1974 and 1978 with Ted Turner at the helm of the Yacht Courageous, and big boat ocean racing in the reknowned Fast Net race, the Mediterranean series off Sardinia, the Transpac and Bermuda races, and in the treacherous south seas from Sydney to Hobart.

All the awards available have already been bestowed on Conn: inducted into Athletic Halls of Fame by US Rowing and US Sailing, by Stanford and USC; honored by Xerox during the Atlanta Olympics as one of America's 100 greatest living athletes; named to the Pac-12 Conference 25-Man All Century Rowing Team. The greatest award of all is much less tangible, but much more lasting, the universal recognition, love and esteem for Conn from his friends.

Conn was a fearless task master planning his workouts and racing:

Ed: "Just recently I asked him what his favorite rowing work out was. He said, "None", but I know it was rowing non-stop from Redwood City to underneath the Golden Gate Bridge, over 30 miles, over three hours. No drinking water, no life vests, no chase boat. And Kent, our coxswain, in his lie down position, admitted he fell asleep."

Kent: "Conn always raced from behind, tracking the leaders and rowing them down by the finish line. Though competitors knew this and dreaded his finishing assaults, Conn once told me 'I never reached the halfway point in a race without serious doubts that I could finish.' "

Ed and Kent were Conn's rowing partners from 1961 until he retired after the Tokyo Olympics. The bonds they formed back then have only strengthened ever since. Until the end all three have lived close by, visited, talked and shared the ups and downs of their lives with each other, supporting each other at every opportunity. 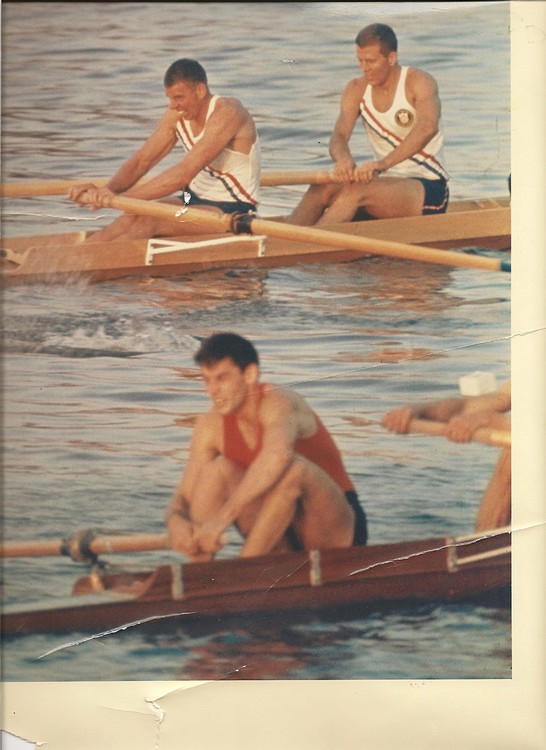 Generous with his time, always helpful, Conn was unfailingly polite, modest and caring for others:

Ed: "When I was building my first house in Seattle, he showed up to donate six weeks of his time and skill to framing the house from foundation to the peak. He would accept only lunch as compensation."

Kent: "When my wife and I lost our daughter 10 years ago, Conn was there immediately, both deeply grieving and comforting us at the same time."

Conn could also be stubborn:

Ed: "Driving Coast to Coast for Nationals or Trials with a boat on top with no stops for the night or food; only graham crackers and apples already in the car."

Kent: "In 1964 we made Conn promise us he'd stop for dinner on the way to Nationals. Around dinner time in Wyoming we saw a restaurant off the highway beyond a fence. Ed said "Let's stop and eat." Conn stopped the car on the shoulder of the highway. He would not get out of the car. Just said 'I agreed to stop for dinner, not eat'. Ed and I climbed the fence, ate in the restaurant, then returned to the car where Conn was eating crackers."

Conn's greatness as an athlete and as a friend was his utter self reliance. He was a self-starter and a self-finisher... never asked anyone for help... did it himself... his way. He eschewed offers of help from others, even when he needed it most. Conn's lifelong self confidence and expectations of himself sadly became a source of angst and frustration for him in his final years.

Conn was blessed with his marriage to Luella Anderson Findlay, for both of them their first marriage and each then in their early 60's. Luella passed away two years ago, but they used their time together wisely: travelling the globe, boating on King George IV's Windrush which they bought and restored, and entertaining and mingling with the multitude of their sailing, rowing and other lifelong friends.

Conn Francis Findlay is the most remarkable man we have ever known. 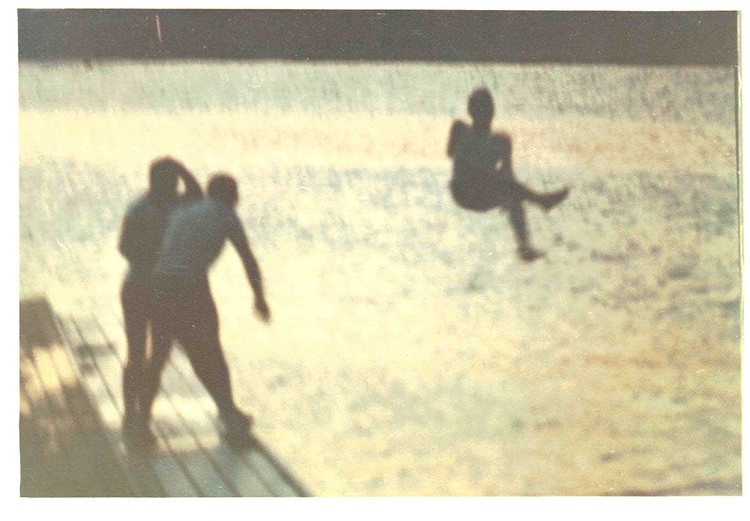 Tossing Kent Mitchell into the water after winning gold 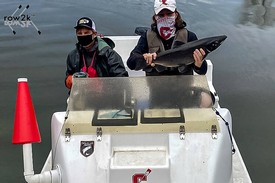