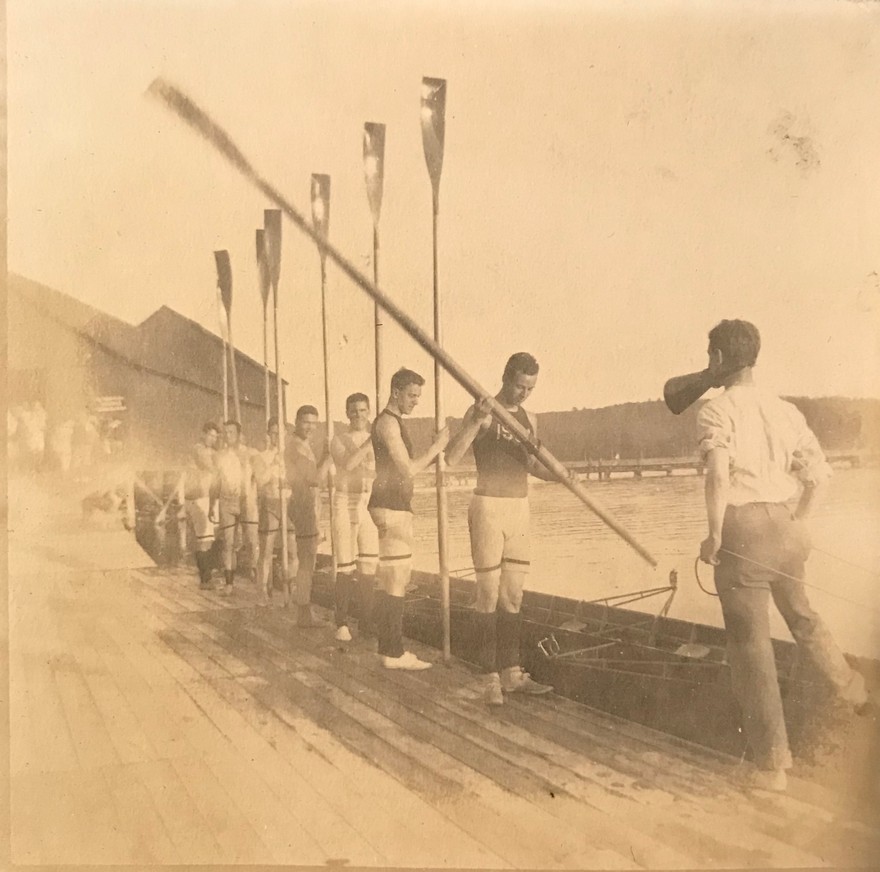 It's Wednesday and we are back with the conclusion of last week's reader submitted Wayback feature. Last week we highlighted a handful of images of Harvard in 1904 sent to row2k courtesy of row2k reader James Sciales.

To reiterate from last week, in May 1904 the Harvard junior varsity crew travelled to Ithaca, New York to compete against Cornell on Lake Cayuga. At the time Cornell was coached by the legendary Charles Courtney, who had famously won 88 races as an amateur without ever losing, before becoming a professional.

The pictures are from a photo album that chronicles the trip and were presumably taken by an individual affiliated with Harvard. They include formal team photos and candids of morning washing, horseplay, a shot of the Cornell boathouse, and a visit from a playful pit bull (featured last week). The album includes a clipping of a newspaper article in the Ithaca Daily News previewing the event.

If you have any images you would like to share with the rowing community, please send them our way!