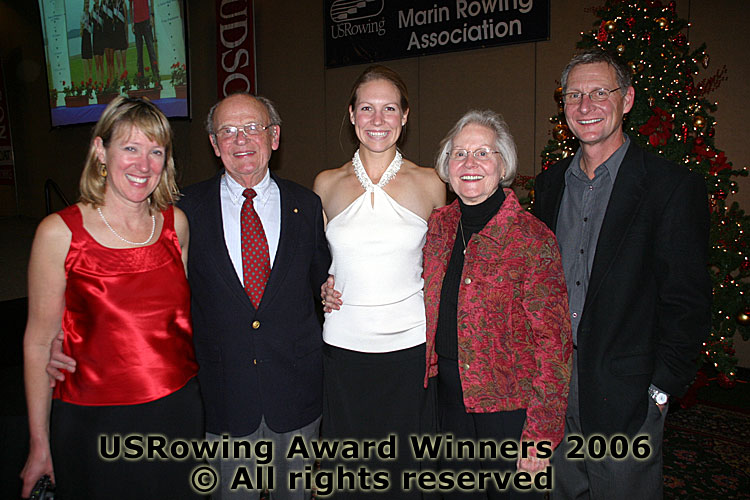 The University of Washington was well represented at both the Rowing Canada Aviron and USRowing award ceremonies this year. Rob Gibson, Will Crothers, and Max Long, current members of the Husky crew, were honored with the RCA International Achievement Award for their gold-medal performance in the eight at the 2006 World Rowing Under 23 Championships. Chris Aylard, another member of the Canadian U23 men's eight, also had a brief stint at UW.

At the USRowing awards, UW alums were on hand as Brett Newlin and Anna Mickelson took home the male and female athlete of the year awards; while Lori Dauphiny, Princeton women's coach, won the Ernestine Bayer Award for her outstanding contributions to women's rowing.

"Obviously I'm very pleased for the guys and gals," said UW coach Bob Ernst. "That's certainly part of our commitment when students come to school here: We want to help them not only be successful intercollegiate athletes and graduate from a great university, but we want to help them reach their goals in rowing."

Ernst attributes the success of UW alums to the number of gifted athletes that enroll at the school, as well as the small boat training they receive once they're there. "For almost every country in the world, you have to qualify in a single or pair. If you graduate from the University of Washington, you have those skills," Ernst said.